Since Middle game exercise 1 was mostly neglected, apparently because the position was at the early chuban and therefore difficult to finish, I decided to find another position - this time the early yose, so that it might even be possible to finish the game. All the groups are more or less settled, but big points remain to be played.

The position is from the second game of the 27th Judan match, played in 1988. Komi is 5.5. Black is Yamashiro Hiroshi 9p, white is Ishida Yoshio 9p. I don't know the result position myself, but I know that the game was close.

dnerra: I'd like to make a suggestion. Instead of us finishing the pro game, we should discuss the next move, and once the discussion has settled down, you show the pro move and continue the game a bit until the next interesting point. How about that, Dansc?

Dansc: Sounds good to me. We may want to create additional pages for the moves in the future, though. 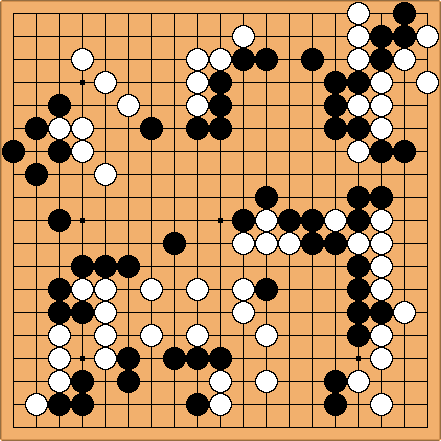 DrStraw - I just spent some time attempting this. The caption says this is the position at move 116, so I assumed that move 116 is to be played, which would be white. I did decide that white should play at the point which black actually played, so I got the point right, just not the color. 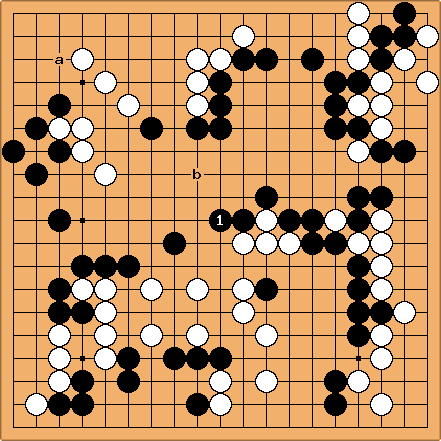 at a? The region around b seems unlikely to become territory, so maybe the corner is bigger. Is a even the right move in the corner? - Evand 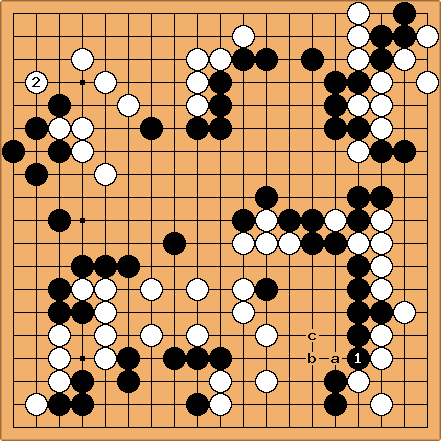 I am inclined to play

, to prevent white a, black b, white c. Then I anticipate 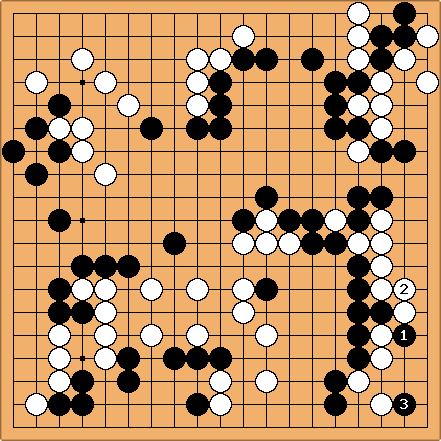 Subsequently, there is a

endgame tesuji. The stone at

cannot be captured without fighting a ko that is heavy for white. 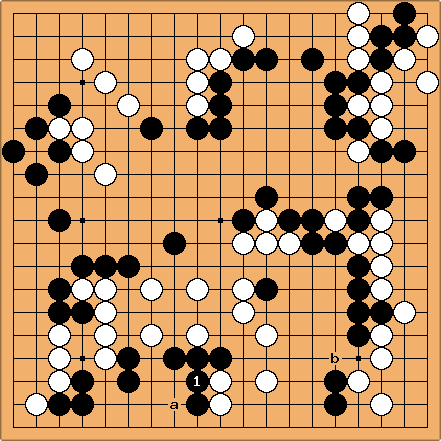 Dansc: This was the move Ishida played. It prevents white a, of course, which would be very big and might even threaten the life of the black group.

Now white has got sente, though. I would expect white b now, see unkx80's diagram above.