Question: Why doesn't a standard net work? What am I missing? 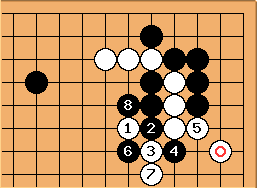 is forcing, so black escapes. 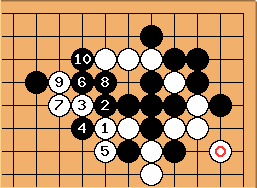 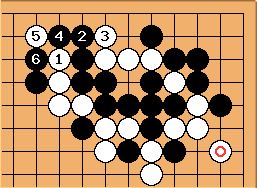 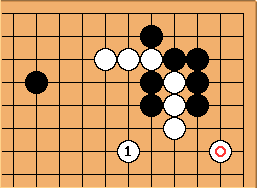 stone is in just the right place to prevent Black from pushing out along the right side. 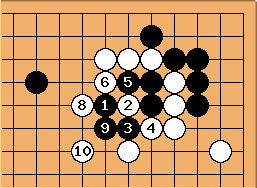 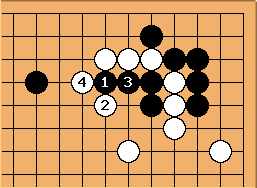 , the standard reply at 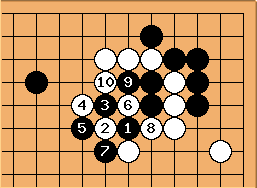 seems the most interesting, but it looks like the combination of

prevents Black from getting away. If Black continues at

, White throws in at

and catches Black short of liberties after 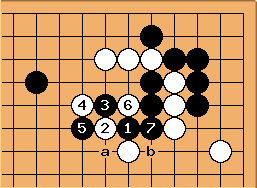 Oops! This idea would work if Black co-operates. However,

instead puts White on the spot. Capturing at a and escaping at b are miai to save the stones. 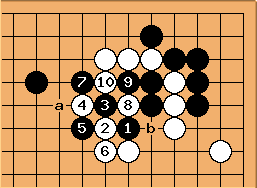 White has to be more careful and connect at

. Now Black is again short of liberties after 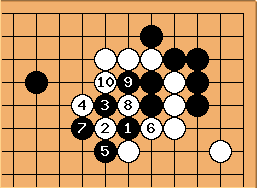 If Black cuts at this

instead, White plays atari at

. If Black captures, the throw in at

recreates the shortage of liberties. If Black connects at 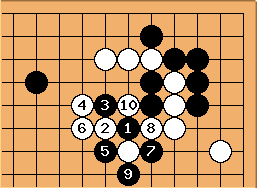 Actually White can also connect at 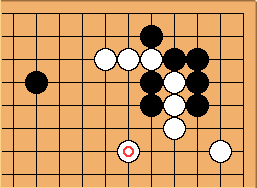 works but the usual net doesn't. It was designed for low kyu players at the club. 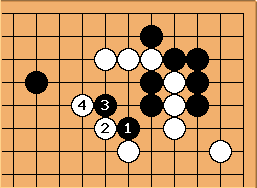 But I was very happy with

. This makes it quite a difficult problem to get in your head. 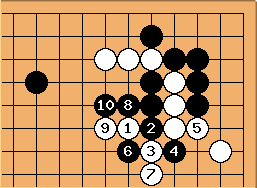 is still good and it should be bad :) 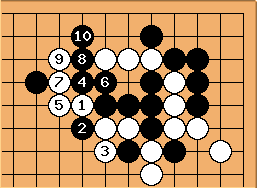 This result is better for White though she doesn't capture two stones. 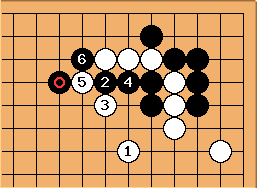 And no, it's no good to move

one line to the right.

Question? What if White simply plays the eye stealing tesuji from the start at M-15. Wouldn't that prevent black from esacaping as well, and in fewer moves? 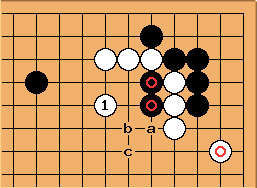 What are the consequences of this if black plays at A, B, or C? If A, black will definitely fail. As for B or C I am not so sure... it may be a matter of Black leveraging the lost stones to make some gains towards the center... Can black escape with the marked stones by playing at b? 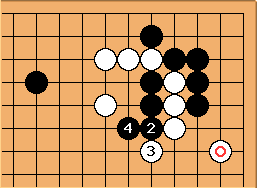 Charles Matthews Why do you say this is a failure for Black? Black at b escapes also. 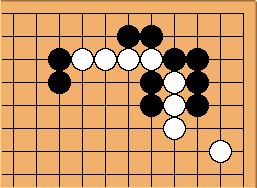 unkx80: How about changing the problem to this one? As far as I can see, this problem should work too, although the difficulty is increased a bit.

Lucky: This seems to work too :) And resolves the previous problem. Why do you think this position is more difficult? 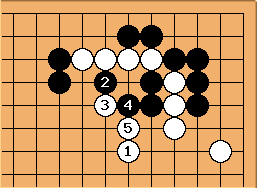 unkx80: In this variation, I think

is the only move here, which may be a kind of a blind spot.

Lucky: Well, I didn't check this variation :) I agree it might be a blind spot. 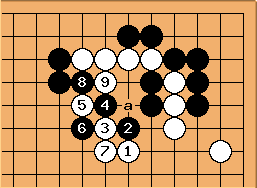 Compared to the original problem,

must be played here instead, I believe. Playing at a turns it into a ko.

You may think otherwise about the difficulty? I don't know. =)

Lucky: True, I first found the ko and I was ready to conclude this variation doesn't work.

I don't know how problems can be rated. As with all amateurs, I know some positions (which therefore I find easy) and I don't know a lot of others (which I find difficult). I may solve a pro level problem if I have seen it before and go wrong with an amateur 5 kyu problem.