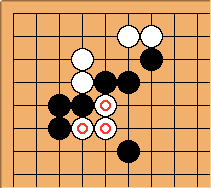 Black to play and capture the

stones.
There are quite a number of patterns of net; those built on knight's move relations are sometimes missed in games by amateur dan players. This less usual example is taken from a Korean book for use in schools. 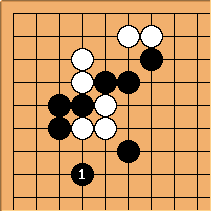 White can do nothing. 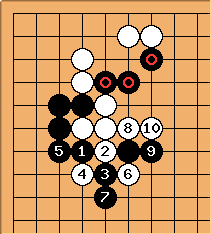 is played one line closer, White can do plenty, and if Black resists White's escape, the

Another, harder example is at Shape Problem 6/Net variation.