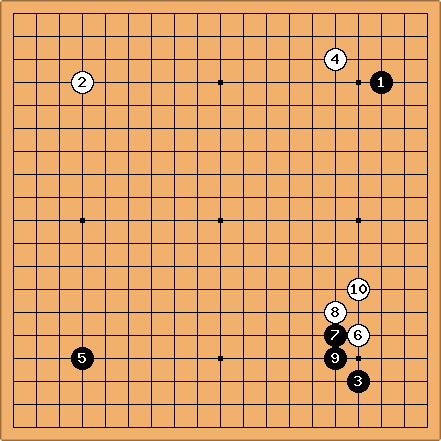 This is the first game ever in the fierce rivalry between Lee Sedol and Gu Li. It was played in the 6th Chinese City League, in 2004, when Gu was 22 and Lee 21.

The source for this game has been go4go. If they object, I'll try to get it from elsewhere. 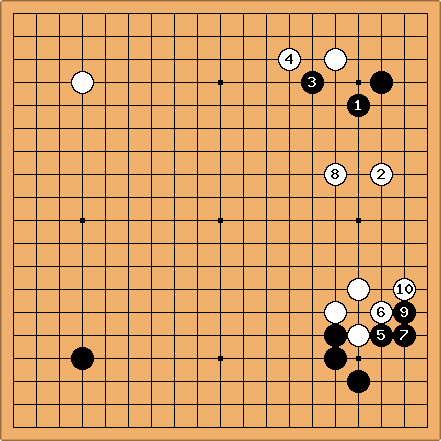 is a second line turn? which is a thick move that amateurs often underestimate. 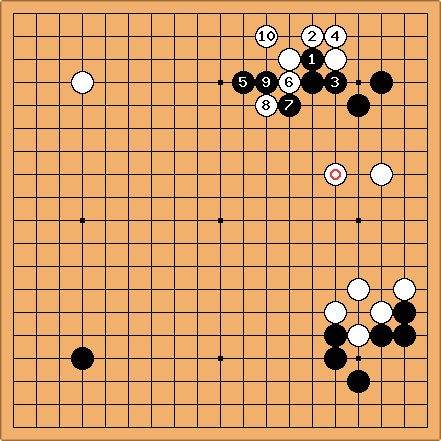 looks thin but I (Dieter) think Gu Li prefers a fight here over merely pushing to obtain influence, because

sticks its nose into that influence. Still it looks like Black's fighting in White's sphere of influence. 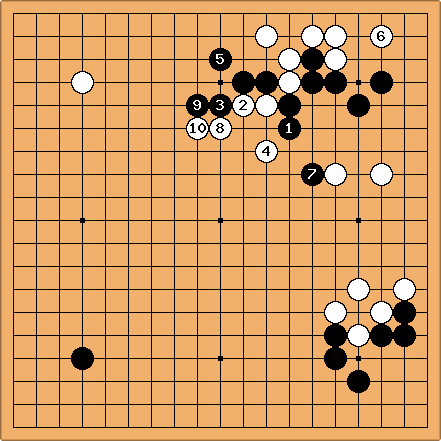 here may be surprising but ... 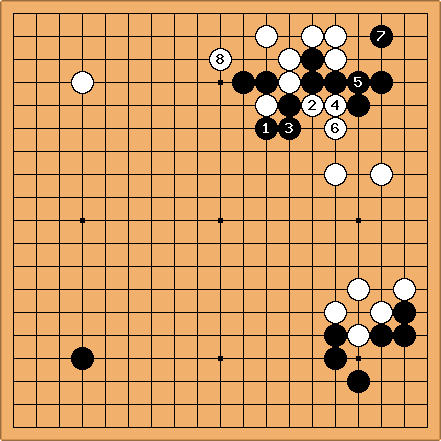 ... I suspect this diagram is better for White. Incidentally, If

captures the ladder, White can give atari at

and Black will be forced to connect into a dango because the ko would be too big. Comments welcome. 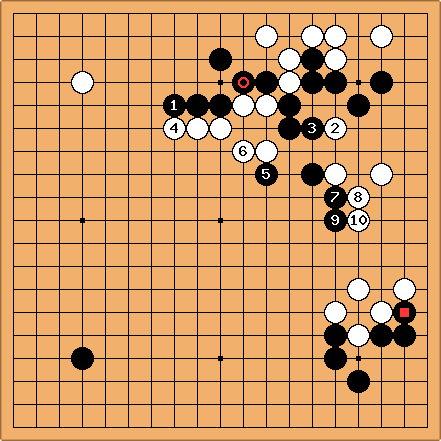 Black presses against White's right side to obtain great central influence. Looking at the result of the seemingly overstretched

and the seemingly slow

, one can only suspect Gu Li had this all planned from the start. 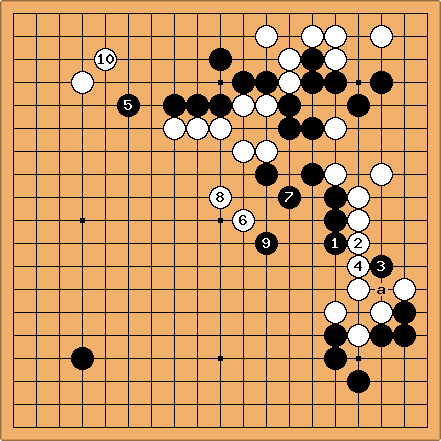 gives Black even the potential to reduce the already forced territory later, with a ko at a. If

answers at a instead, then Black will link up all his stones, which is too big a price to pay. Still,

cuts White on a large scale. 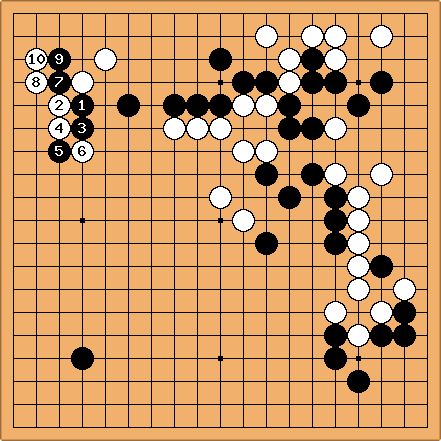 I'm not sure but

looks like a mistake to me, born out of fighting spirit. I think (with a little hindsight) that the skirmishes in the corner gave too much leverage for Black. But I can understand Lee Sedol got tired of being pushed around. 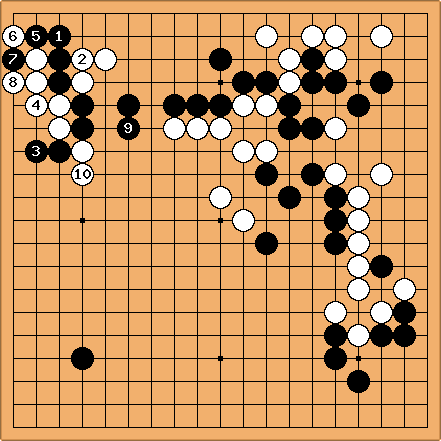 The capturing race favours White, but there is some ko potential here. 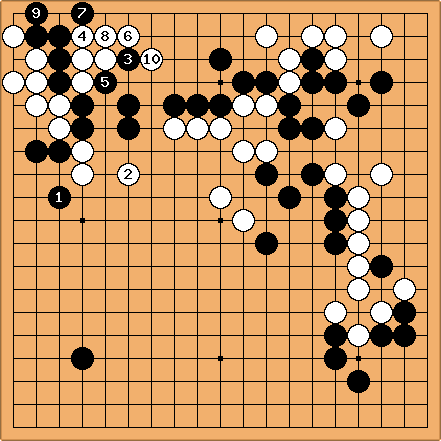 because he read out that the ko exchange would be favourable. The safe move at

indeed would feel submissive (but I would play it). 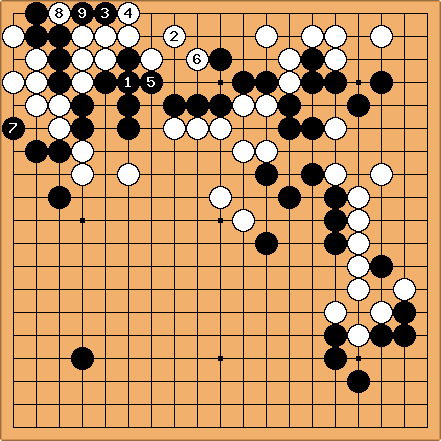 is quite a move. I'm having difficulty to fully understand its effect. 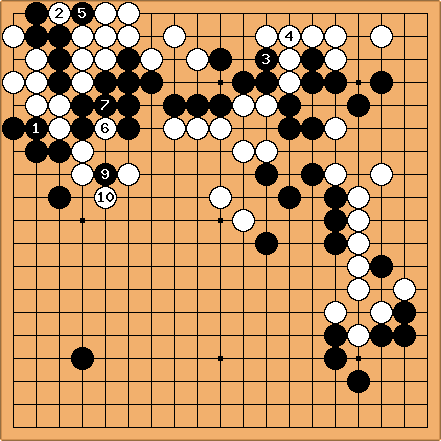 sets up a ko for Black which may look like an (approach ko] but is actually a direct ko for both. The ko is obviously much heavier for White. 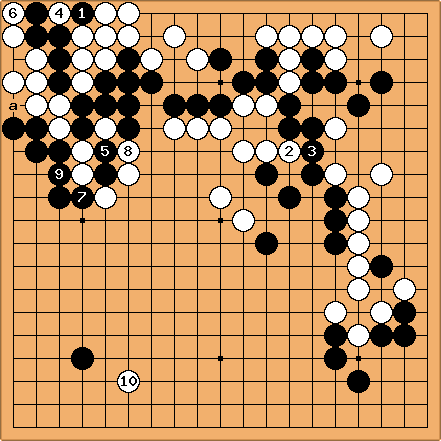 is a non-local ko threat. Black knows however this is the only major threat on the board, so

is another local threat.

ends the ko but

creates enormous thickness. According to me the game is already over.

Let's just have a look at what would happen if Black decides to resolve the ko. 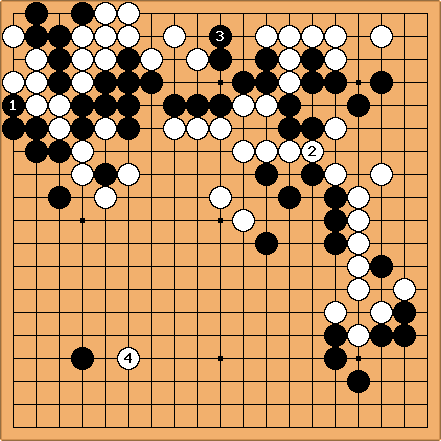 would be too active, despite the loss in the top left, assuming that the top right is dead already too. 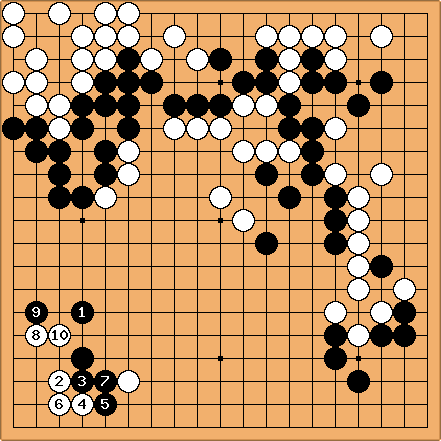 From here onward we will see how Lee Sedol tries to get back into the game but Gu Li easily maintains the advantage. 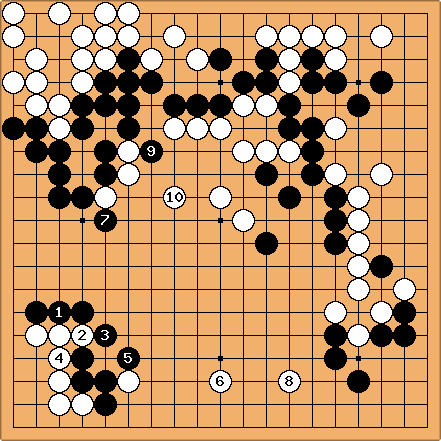 here looks lie a declaration of victory to me. So does

, actually, although it really weakens the white group. 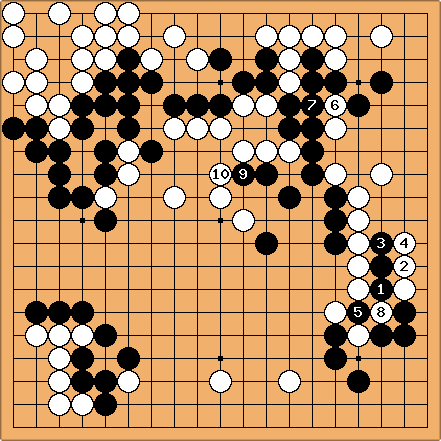 sets up the above mentioned ko. I really think Gu Li is teasing his opponent now. White has very little territory and is excruciatingly thin all around. A ko feels like a nasty sting in these circumstances. 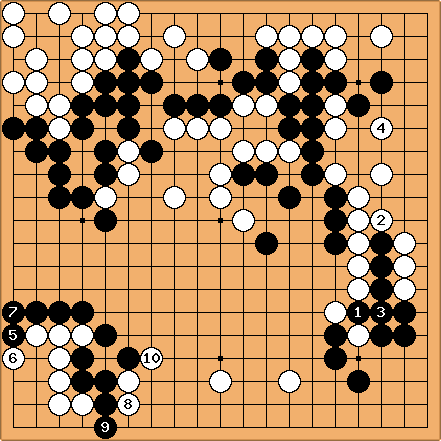 wins the ko without compensation. White needs even

to stay out of trouble with what used to be his major territory.

is reverse sente, played in the middle game, so it looks like another declaration of victory. 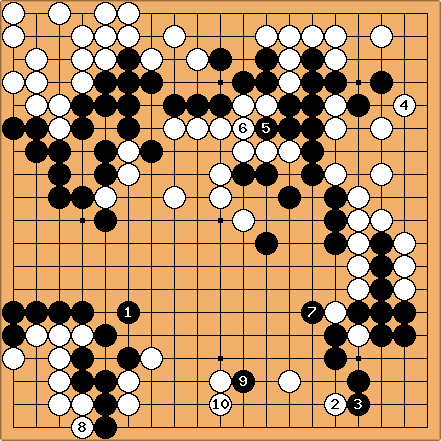 Gu Li adds another few slow moves, until he finally decides to give Lee what he wants: a showdown at the bottom, after which Lee can gracefully resign. 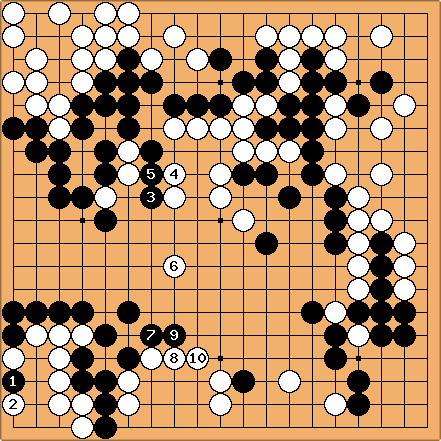 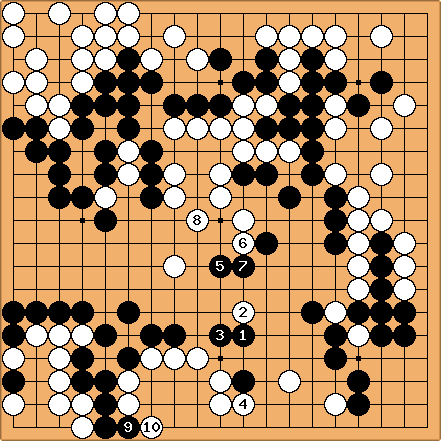 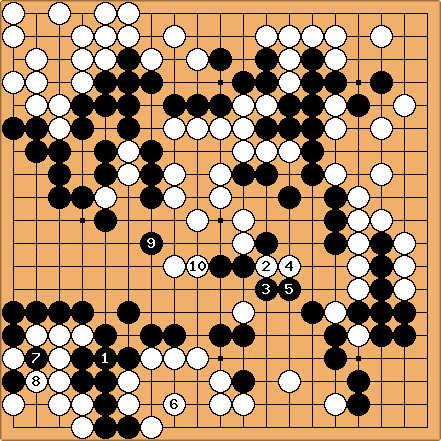 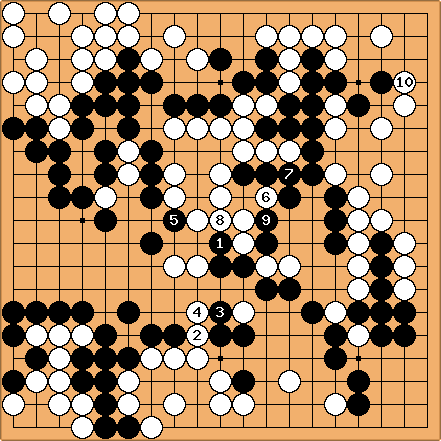 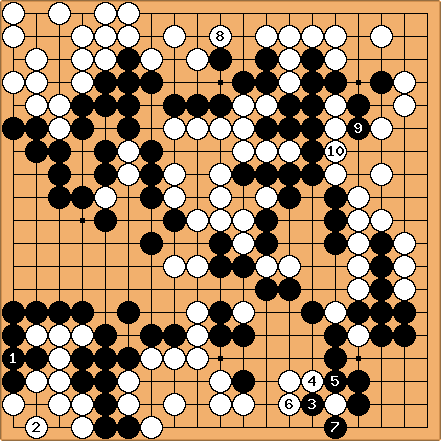 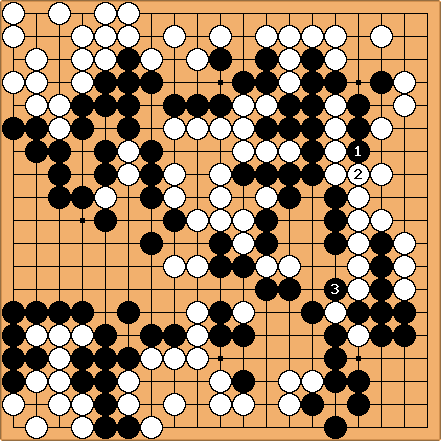