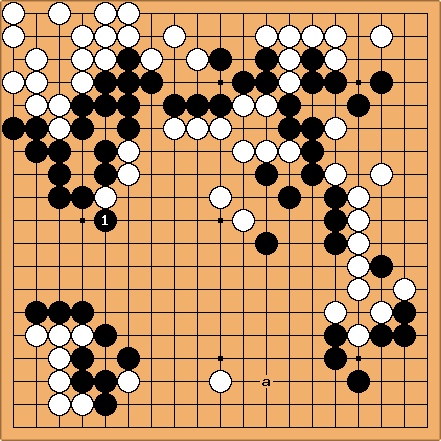 This is the first game Gu Li and Lee Sedol ever played. Black (Gu) has taken advantage of a ko in the upper left to create supreme thickness and is way ahead. The common move now would be to attack White's lone stone at the bottom with a but Gu chose to use his thickness to create territory with

. Surely, White's centre is a bit weaker now but playing so close to thickness is a professional's way to indicate the game is over.

Interestingly, White (Lee) did not resign but lost with 5,5 points. I (Dieter) would be interested to see a professional review.

Example of a backlash 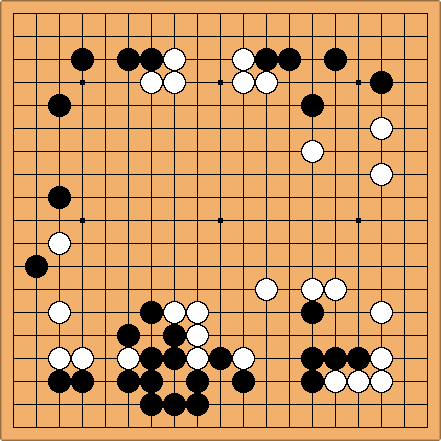 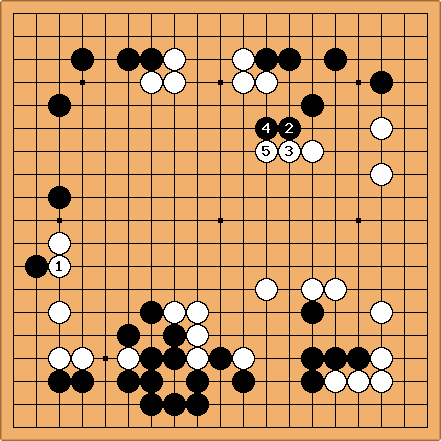 are the culprits. They might be called a declaration in the sense that White has decided to sit on his lead rather than continue fighting. And yet this was the point Cho started to come back into the game. 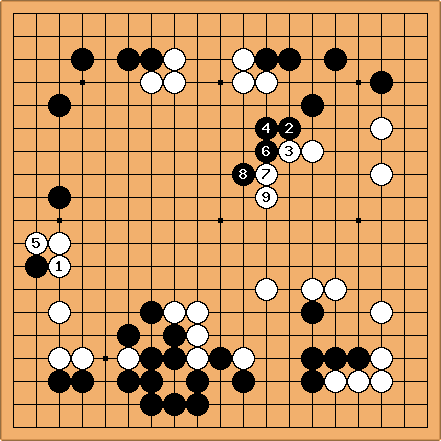 Here, White should have descended to

. Now, Black can turn at

, which is very large, but this is still outweighed by the thinness of the top left. In other words, what was played was purely defensive, declaring that "what I have is enough", but this

would have continued fighting positively, seeking ways to get more instead of trying to sit back.

Also see A brilliant waste of a move.