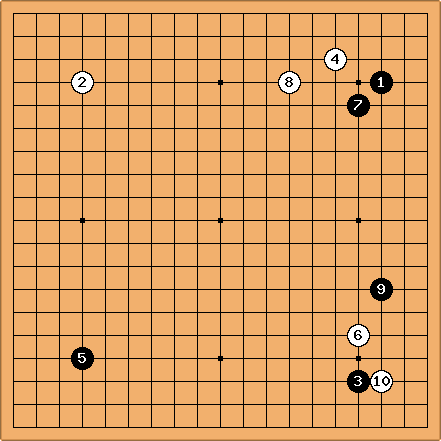 This is the second game in the Lee Sedol - Gu Li rivalry. Lee again plays White. Interestingly, up until

the moves are exactly the same as in their first encounter.

makes the kosumi which Gu Li made with

in the first game, probably forestalling a counter that Lee had prepared since.

emphasizes the top, while in the first game White put a stake into the right side. With the pincer of 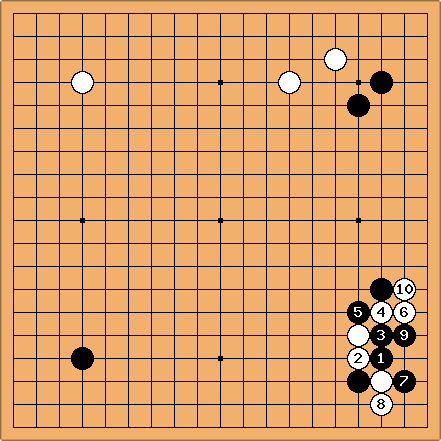 The two stars develop a complex variation of the bottom right corner joseki. We'll see how the fighting spreads across the board for the next 40 moves. 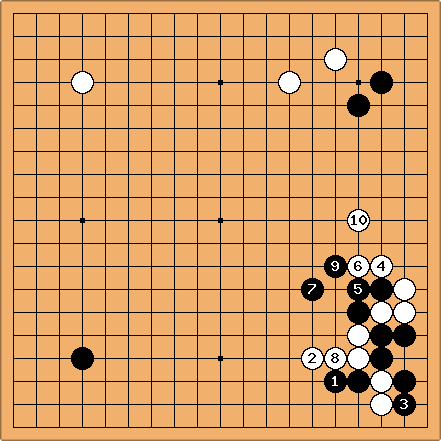 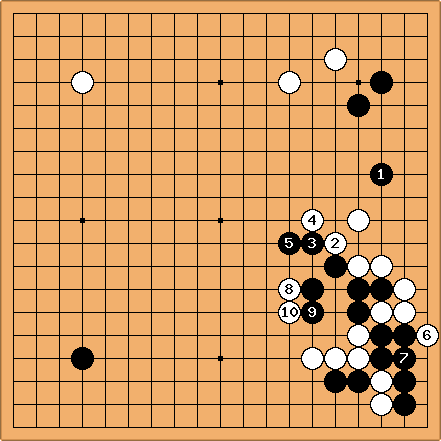 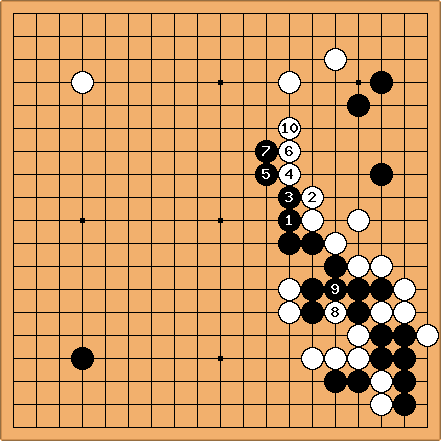 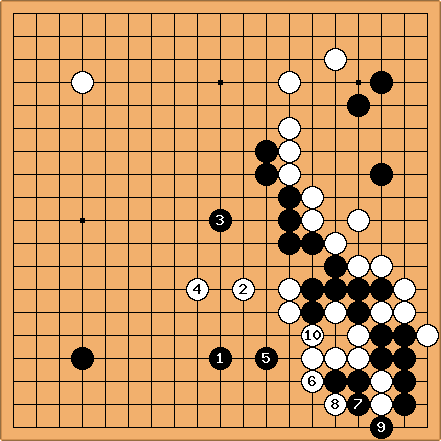 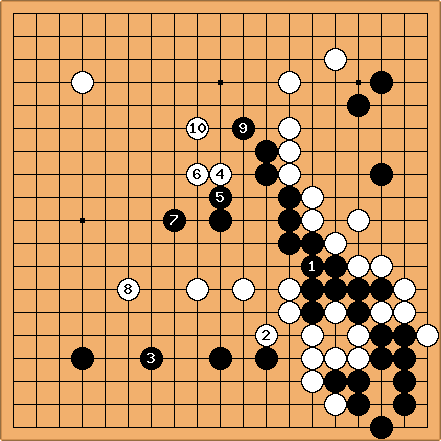 here, I (Dieter) have the impression that Black is better.

EdIV?: I had the same impression, however I read in a pro-commentary that W's shape is better than B's and that he therefor thought W was marginally ahead. 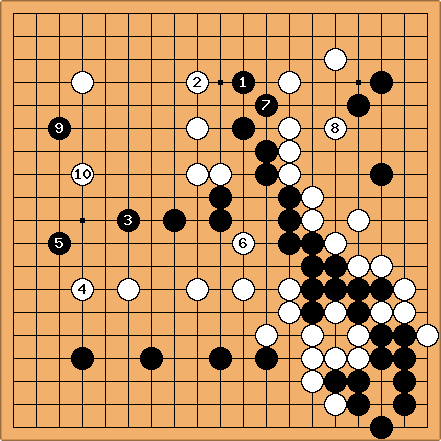 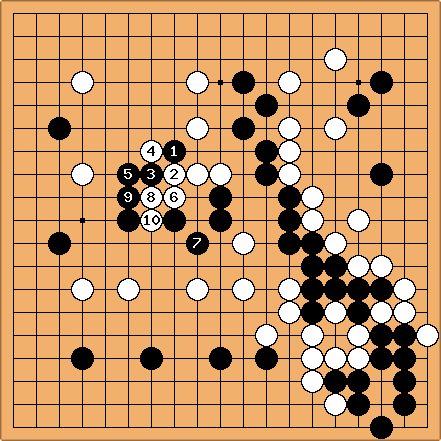 When playing the peep of

here, perhaps Gu did not anticipate

, which is quite a move. If 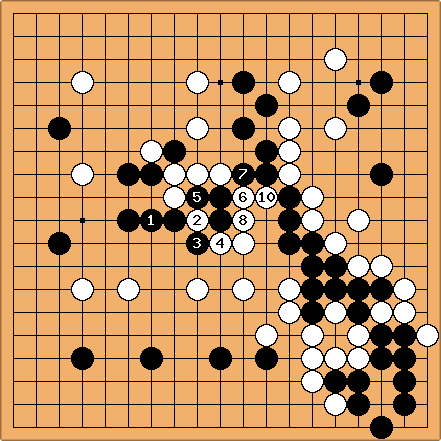 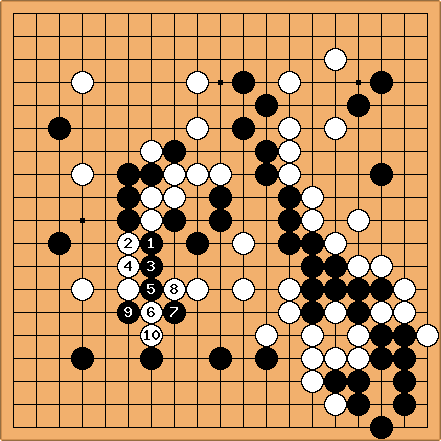 So White breaks through at

and a fight develops that only top professionals can predict (intuitively, perhaps). 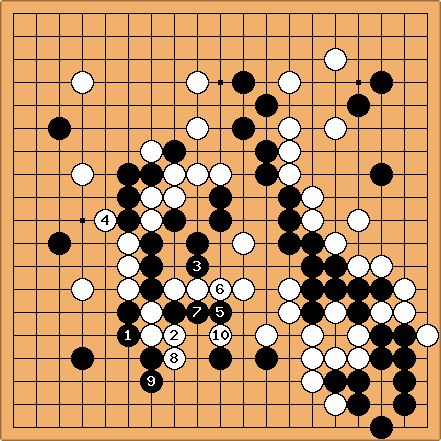 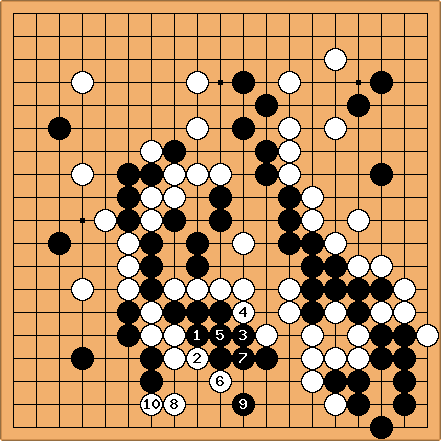 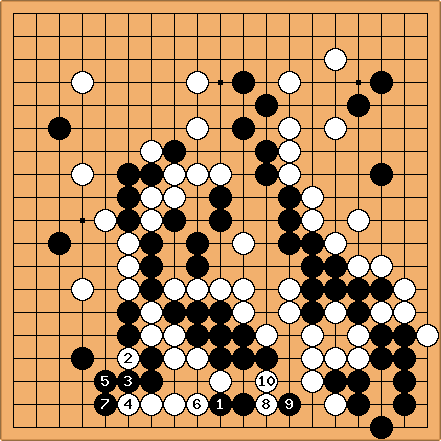 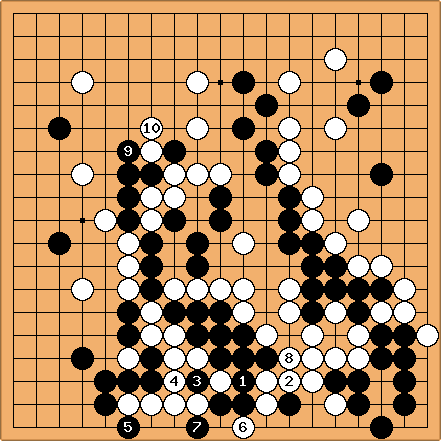 Of course, as could be predicted by amateur followers, it becomes a ko. Before starting the ko,

increases the size of threats in the centre area. 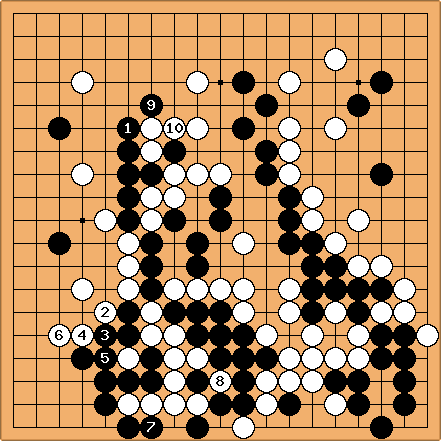 Similarly, White raises the stakes for Black in the lower left. At

responds to Black's atari by taking the ko.

is a local ko threat in the sense that Black will save the largest part of his group and connect in the centre, dominating the board as a result. 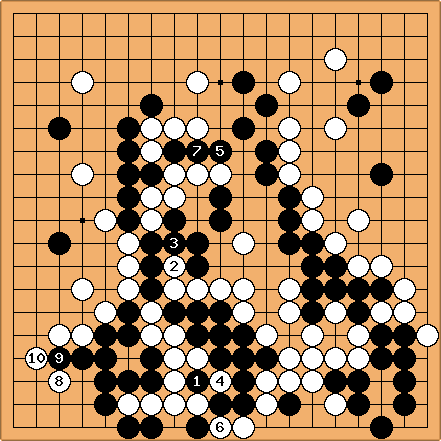 takes back the ko,

is an obvious local threat. Then

is a similar threat as the one mentioned in the previous diagram, but this time, more aji is left after the threat execution. Anyhow, White has no more local threats and captures the stones at the bottom. Black connects his centre stones, but we will see that the aji will play a role later.

uses the sente to harass the Black stones in the lower left, but it had been precalculated that they will live. 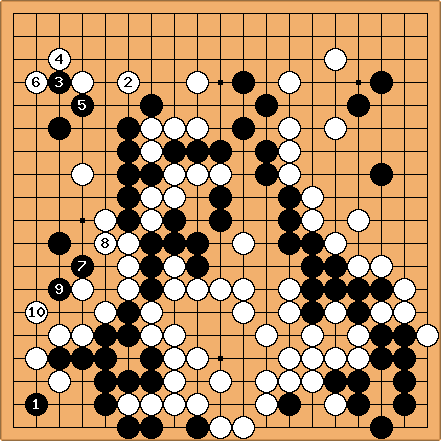 lives. I find it hard to say now who is better. I'm inclined to still choose Black, but White seems to be a little more active at this stage of the game.

EdIV?: Actually B has fallen behind badly, W is ahead on on both development and territory. W got some solid points and has no real weaknesses, the areas that B got on the other hand can all be significantly reduced in sente and he still has some weak stones on the left. 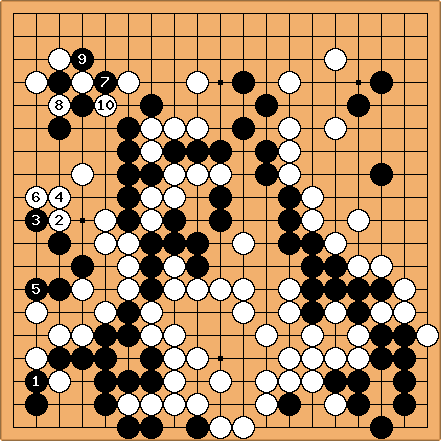 It seems like Gu Li wants to decide the game with another ko but this time he may have overestimated his chances.

EdIV?: the ko is an overplay, yes, but he has no choice, regular play won't cut it anymore. 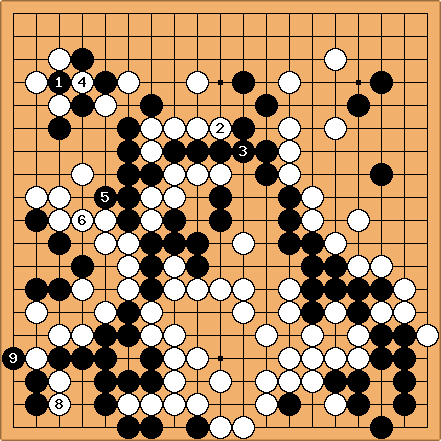 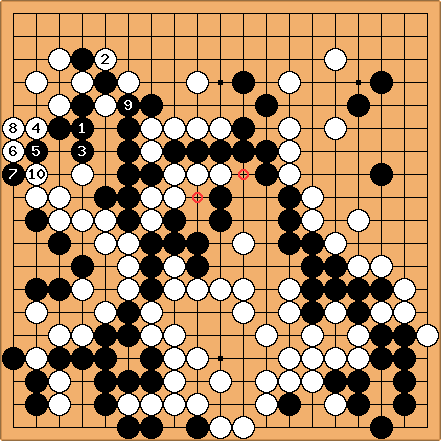 resolves the ko without any compensation, the tables have been turned. White's top territory is gigantic. Perhaps Gu thought he could separate the left side and kill it.

However, he realizes he has to connect at

. Otherwise, White can play there in sente due to the shortage of liberties at the marked points and the left side will live (according to Dieter's amateurish calculations): 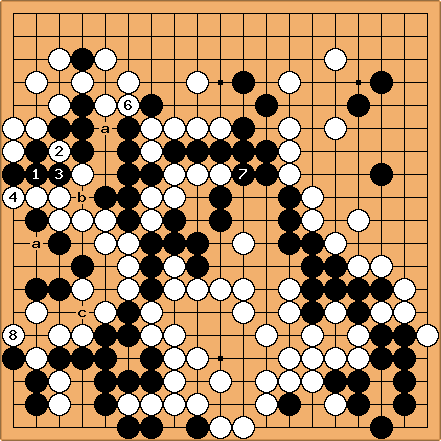 is sente and now

can start a ko. White has two local threats at a and b while Black has only one at ''c'. Perhaps White has to keep

in reserve for an extra threat. Comments welcome here. 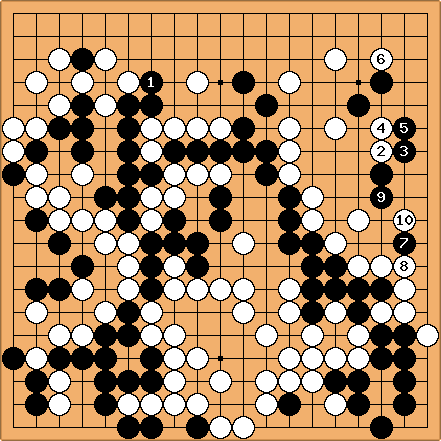 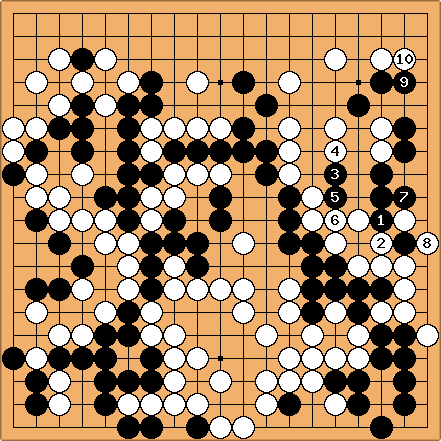 the top right corner becomes solid white territory and the game is decided. 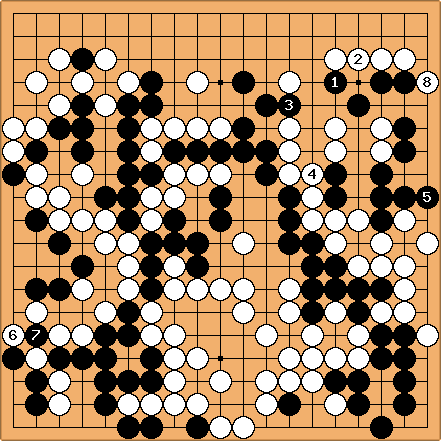 puts a smile on spectators' faces: it's Gu Li's habit to decide the game through another ko and Lee uses this weaponry against his rival to become. After the first ko threat at