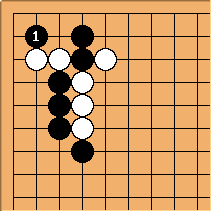 used to be the standard move in the large avalanche joseki, but it is nowadays played rarely if at all. I will not go deeply into this move, but just show a few joseki sequences that have been developed. 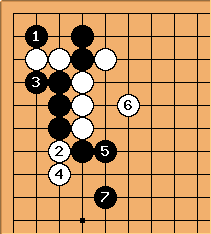 This might be considered a basic sequence of this variation. 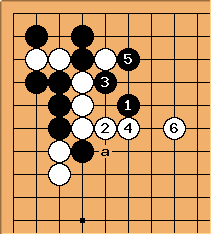 If White does not have a ladder at a,

is possible. The result is again probably equal. 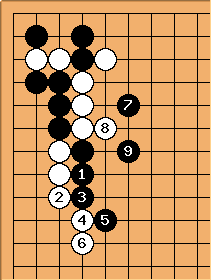 Black pushes against White's group to build strength in the center, then hits at the vital point with 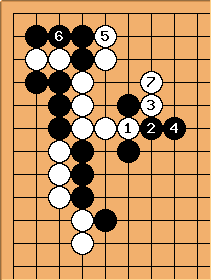 A possible continuation from the last diagram. 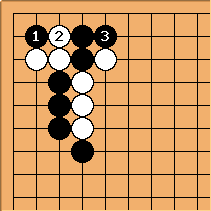 What is a good way to handle white at 2? 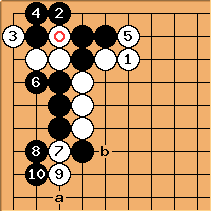 John F. I am thoroughly intrigued :) I have 1643 pro games with the avalanche. This joseki has only ever appeared in 16 of them, only 4 times since the war and the last was in 1983. These numbers are too small to admit of phrases such as "basic" or "popular". The last line mentioned here does not even appear in pro praxis as far as I can see. So what is the source?

If it's from amateur praxis, what's the general view on trusting amateurs in such a generally difficult joseki?

Dave: Most of this seems to be from the first section of the chapter on the large avalanche in volume 2 of Ishida Joseki Dictionary.

Popular line was meant to be restricted to the continuations once White has played the descent,

. Not popular outside of this context.