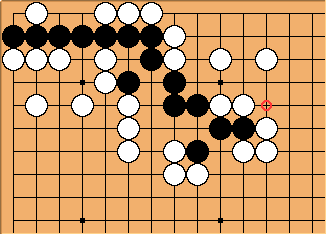 You have to exploit the marked cutting point.

jvt Thanks for the hint. Nice problem. Is this correct? 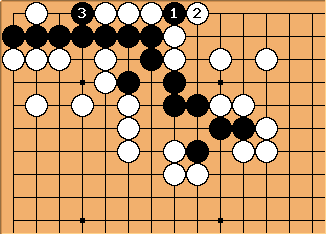 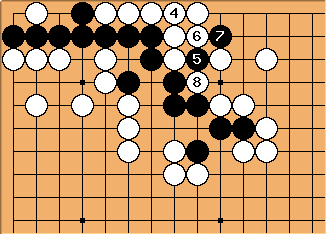 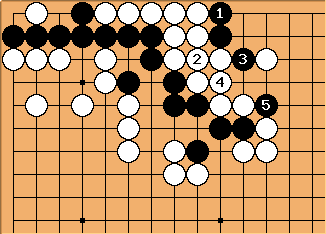 Andre Engels: I assume that that is the idea, but what if

jvt: White escapes. Deadest looking stones I have ever seen that are actually alive.

Dieter: (posted the solution, but will wait a little) 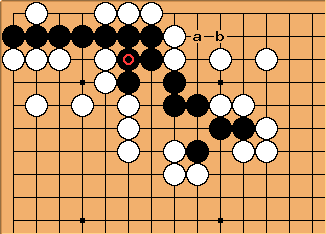 Andre Engels: Hmmm... I don't see how black can live either. I thought I had the solution, but white can choose a different line of play to stop it. It does however work if we add the market stone here.

jvt: Maybe I got it right? See Kyu Exercise5/attempts. I saw it before Charles responded :-). If only I knew what is a shunt it would probably have helped.

Andre Engels: No, your solution is stopped by basically the same thing as mine is - mine equals yours except for the order of moves (I intended to start at your

unkx80: I thought you have got it, but how is it stopped?

Andre Engels: Somewhere in the sequence, white plays at a. The idea jvt and I had is stopped by playing at b instead.

Andrew Grant Hm... seems to me that there's a lot of dan players looking at this "kyu exercise". :)

I assume the answer is this? 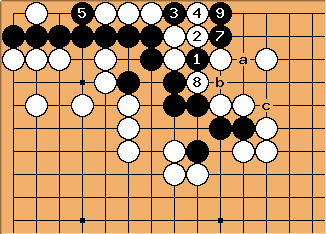 If White plays 2 here, 3 seems to ensure a second eye. Am I missing something?

Andre Engels: No, I am. Somehow I missed the rather obvious move at

in your variant diagram, and just calculated 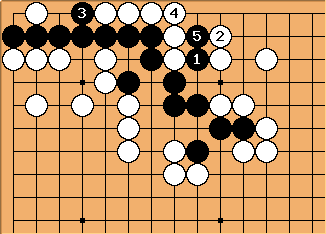 unkx80: Bingo, that's the solution. Seems like the question is more like a "Dan Exercise" rather than a "Kyu Exercise", which I have not anticipated? I will master edit the pages later. 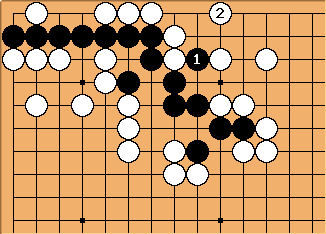 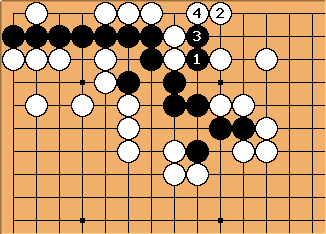 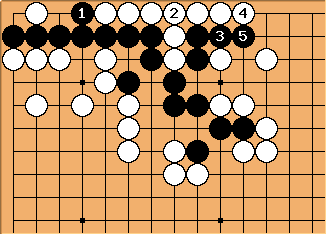 This isn't going to turn out well for White. 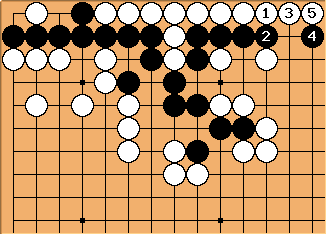 jvt: We don't know what is outside, so White may have escaped. It is not a full board problem, so we can assume there could be ladder breakers outside of the displayed area.

unkx80: By convention, there is nothing outside, so white cannot escape. Even if white escapes, black escapes too, so also by convention, black lives.

jvt: In Conventions in Life and Death escape from the local position is good enough for life contradicts all ladders are good. It's still worth mentioning when the solution is not strictly local.

unkx80: Why is there a contradiction? I don't see any. Because in life and death questions, it is assumed that there are no other stones outside those in the question unless specified otherwise. Then escape from the local position is good enough for life and all ladders are good are just two corollaries from that.

jvt: If the board was otherwise empty, how could there be external ko threats? I personally prefer a convention where the rest of the board is unknown. It makes it possible to distinguish between strictly local solutions and full board solutions.

Charles I disagree with jvt here. The ko convention may be felt to be anomalous - but it is useful. But the 'escape' convention is reasonable: a forced capturing sequence is allowed, but otherwise not (we assume in practice that ten liberties is life, or something).

Bill: Actually, the conventions follow the general rule that all relevant stones are shown. To be sure, that does not include ko threats, but making a ko is better, as a rule, than not making one, even if you lose it. 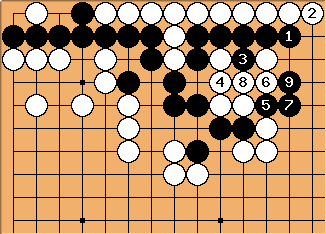 Andre Engels: Actually in this case we don't have to care about what is outside the diagram, because black can live while staying (just) inside the boundaries as shown here.