Bill Spight discovered the following rule of thumb in the early 1970s.

Whether to answer a ko threat or win the ko

Case 1. The opponent has played his largest threat, leaving the gote, H0, on the board.

Case 2. The opponent has played his second largest threat.

The books, e.g. Rob van Zeijst's All About Ko, tell you to compare the ko with the threat, 2K/3 vs. H. That is not very good advice, unfortunately.

Note that the values of your own threats, as well as the value of other plays on the board, are relevant. In particular, you can afford to reply to a small threat of the opponent if your corresponding threat is large enough. :)

This formula works when you make two key simplifying assumptions:

After making these assumptions, you can substitute K/3=T into the simple case formula:

First the values K and H used in the formulas above are deiri values, but to do calculations it's easier to use miai values. Each play in the ko is K/3, each play in the threat is H/2.

The ambient temperature value T is already a miai value. So playing the largest "normal" move on the board (which will be the largest gote or reverse sente) is worth T. The value of sente is T/2.

So to compare if Ignore vs Answer: 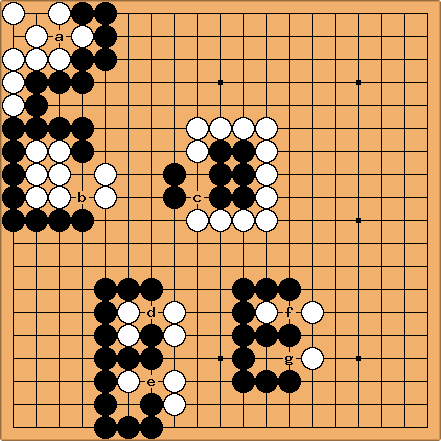 The table below shows conditions for answering or ignoring threats of various sizes:

Credits and Other Links