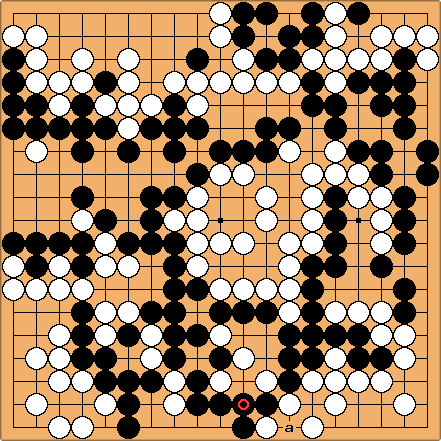 This ko fight is the deciding fight in the endgame of the 5th and decisive game of the 2011 Kuksu title match between Choi Cheolhan (White) and Cho Hanseung.

. According to commentator An Younggil from gogameguru, White should now fill at a which would lead to a half point win. See

his game commentary for reference. On this page we'll dig further into the calculations of the ko exchange.

Demonstration of the sente ko

White would make one point if he fills the ko at

After taking the ko with

fills. By contrast with the previous diagram, White has 1 less point of territory, Black has 1 prisoner, and the ko stone is worth 1/3 point for White, in total a difference of 1 2/3 points.

The ko fight in the game 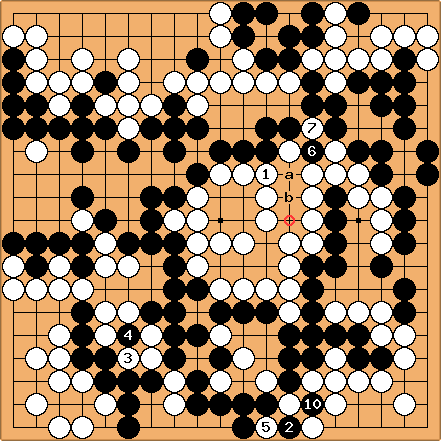 In fact there needn't be a ko fight: White could simply have filled it at his turn. But according to An, Choi was under time pressure and made some calculation mistakes. He must have thought he had enough ko threats and not enough points, so he played

to start the ko fight.

is an ordinary threat, but

launches another ko as a threat. It's all about calculating values now.

If White filled the ko at the bottom upon

, Black would capture at a, making two points (a captured stone and a point at

) while White loses two points (a and b) or three (if Black can continue at b). We can say this ko is worth 4,5 points.

It looks natural to capture at

, since we all learned to capture the ko first, but according to An, White would win (by 0,5 points) if he now connects at a. Clearly, these pro commentaries do not suffice with heuristics but simply read the rest of the game.

resolves the upper ko, so that

proceeds with the second stage of the bottom ko. 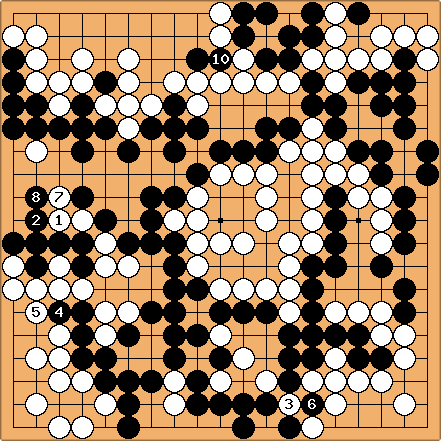 In this second stage, both parties produce ordinary threats, thankfully so for us, mortal spectators. 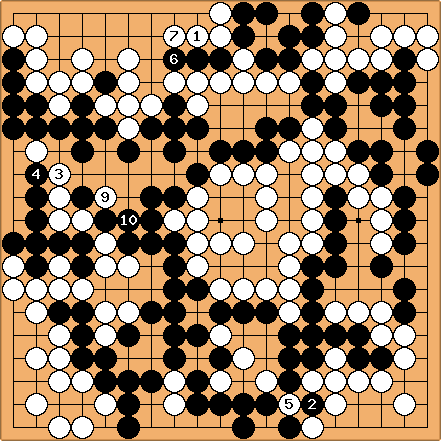 Both continue to consume their threats in the respective areas. 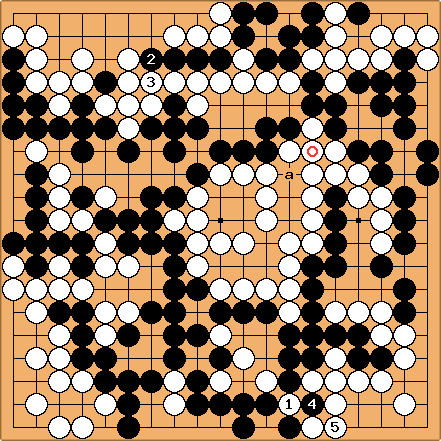 loses a point: White would need to play

after all outside liberties have been filled. However, it turns out to be just enough to force White and answer at

and one by getting

for free, compared to if White had connected the ko immediately at move 248 (the actual move essentially made one point at a). The net difference is 2 points. Since Black won the game by 1,5 points, we can say Choi's fighting spirit made him lose this game, which could have been a half point win, and hence the title match.

Bill: There is one more point at stake in the ko. 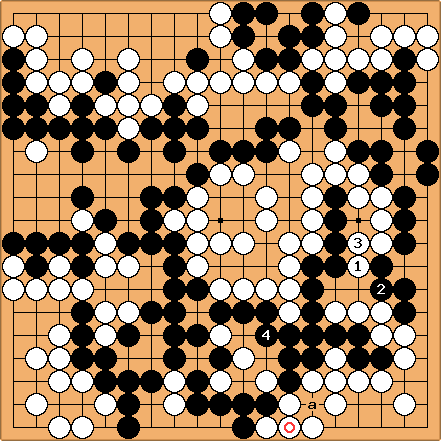 If White fills the ko at

is a one point ambiguous play. Black connects at

, getting one point less territory there, . . . 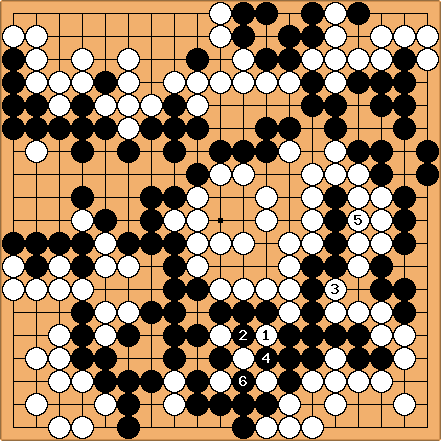 is sente, holding Black to 10 points.