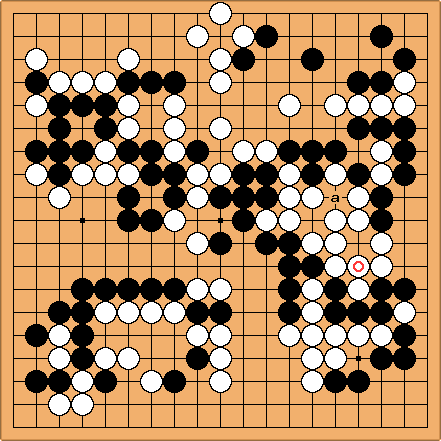 This is the first game in the 2011 final of the Olleh KT cup, between Lee Sedol (White) and Lee Changho. The older master has shown signs of a come back in 2011 so when he eventually won this first game, his fans were all enthusiastic. In the end, Lee Sedol swept it clean with a 3-1 victory.

to make his group alive, be it that the group's status is decided by a ko at a. The ko is actually very big, because the black stones in the centre can be captured if White lives and also White has some threats on the right side. It seems like an all deciding ko.

However, White needs this ko more than Black does. In fact, the situation is a result of White overplaying a little at the right side, since he needed to catch up with Black's gigantic territory on the left side. In my opinion, White got into trouble because he overplayed at the left in the beginning.

Now to the ko fight 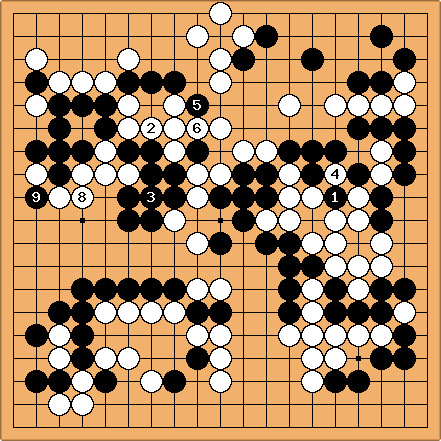 takes the ko. We can see that White uses the aji of the captured stones on the left with ko threats

is smaller in size, but since he has less to lose from the ko, it's surely big enough. If he captures those stones, the central stones are less vulnerable and also the top left becomes very small. 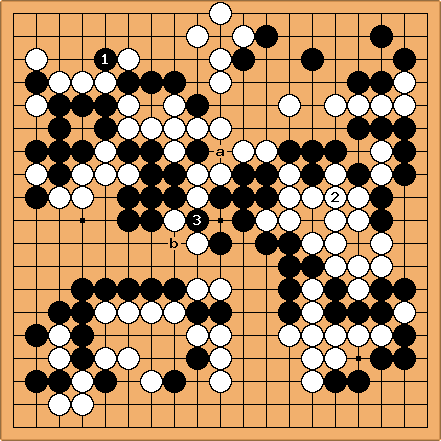 resolves the ko but Black does not immediately capitalize on the ko threat. Instead, he launches a second ko with 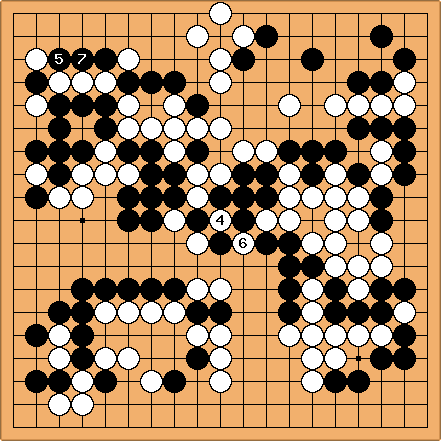 continues where he left his previous threat,

resolves this second ko and

In effect, White has captured 13 black stones in the centre, converting some neutral points into territory too, and his own group of 15 stones is alive, with some extra points by being able to play strongly in that area. The value of the successive kos is an estimated 70 points.

As a compensation, Black converted a White territory of about 30 points in one of his own, an estimated value of 60 points.

Lee Changho being a master of endgame he probably calculated this ko exchange would be sufficient for victory. Black won the game by a 2,5 point margin.

The second ko - yes or no 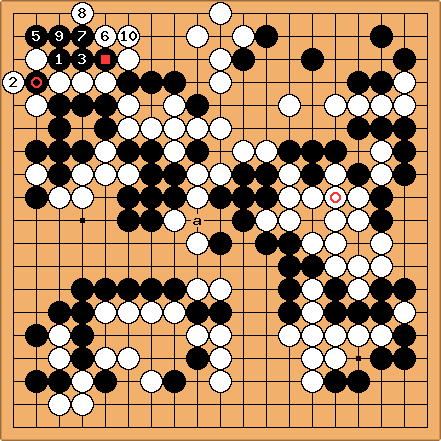 Suppose Black executes the threat immediately. White can now minimize the loss in the top left as shown here. 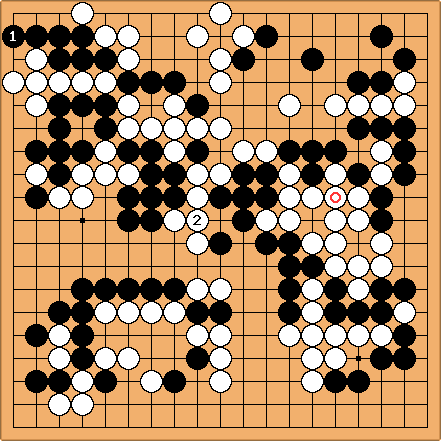 Black wins this capturing race, but the corner is considerably smaller now. He still loses his central stones. Although he has sente with respect to the game continuation, the difference is probably too big. 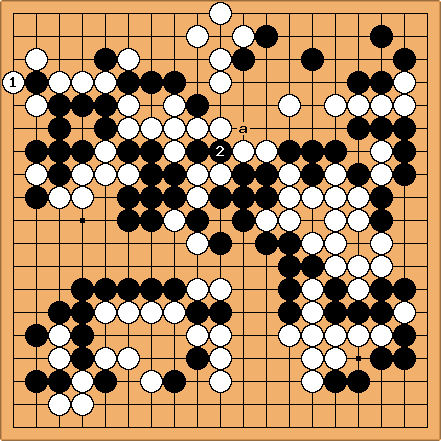 If White allows Black to win the second ko, by responding to the original ko threat with

captures three stones in sente because next a would cut off the right side. 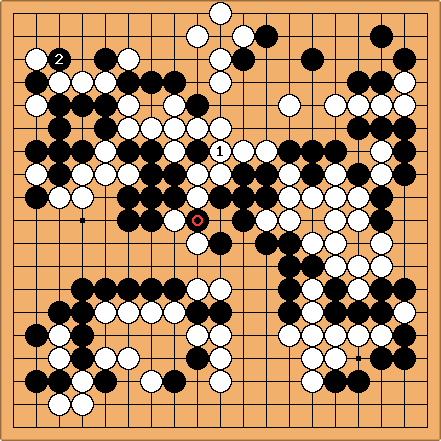 Surely White can avoid that trouble by capturing at

here, but now Black can go back to his original ko threat execution with

. Compared with the diagram at [1] again, the

exchange is a net gain for Black, since the second ko still has to be fought. Indeed ... 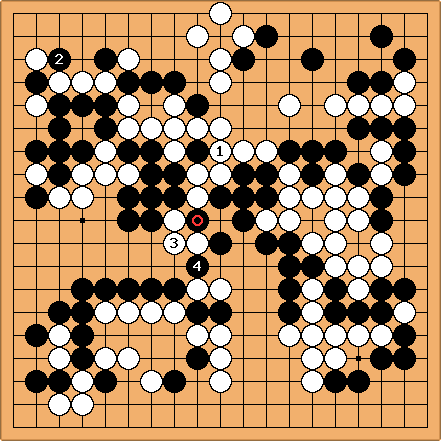 connects, the ko grows larger. Now, I remain in doubt because the top left is now a source of threats for both ...