I've played go on and off (mostly off) for the past 5 years or so. I'm now getting steady improvement again after having been away from go for several years.

I play as fwiffo on KGS (I have a secondary account for fast games - pb4ugo). I have a

personal homepage where I have all kinds of junk. You may recognize the name

(ColJac: Hi there. I certainly do remember Fwiffo from StarCon2. That was the most awesome game ever invented. Though you certainly chose a cowardly alter-ego, hunam.)

I'm a bit of a collector of hobbies, many computer related. My language of choice is Python. I used to collect

tarantulas, but lack time for that lately. You can also take a look at my KGS game archive (

pb4ugo) or my KGS rating graph (

small collection of problems on goproblems.com.

I'm the webmaster for the Fort Myers Go Club. Check out

This is my plan to actually make progress instead of languishing at the same rank for months on end.

I will focus on just 2-3 things to improve on so that I'm not trying to keep too many ideas in my head at once. Each week, I'll go back and evaluate my progress in these areas and also try to identify new problems I'd like to work on. If I feel like I've made good progress, I'll move these items on to a "maintenance" list, periodically checking on them to be sure I haven't regressed. The goal is to make them natural and instinctive for me, the way my current go skills are. Once they don't require so much conscious thought, I'll have room in my brain for other new concepts.

My biggest blunders lately are me trying to get cute and over-complicate things. The "obvious" move is usually right and I have a tendency to judge the obvious move too harshly. I must read out to make sure, but I need to remember that the the simple move is usually going to be correct more often than the tricky move. I need to play solid. I shouldn't just tenuki cause I think "eh, it'll be fine". Make sure.

I need to manage my time so that I can be careful and patient in reading important life and death and connection situations. I need to conserve both time and energy for these moments when they arrive, and maintain focus through the whole game. I've lost a lot of games recently because (or won in spite of) misreading relatively simple life and death problems.

There are lots of areas of my game that need improvement, but I can't keep them all in my head at once. These are back-burner items (listed in no particular order). They're important, obviously, but I won't make them a primary focus until I've made satisfactory improvement in my primary areas of focus.

I feel like I've made some progress in these, or they've become less of a problem, so they're not going to be a primary area of attention. I will grade myself on them periodically to make sure I don't regress. 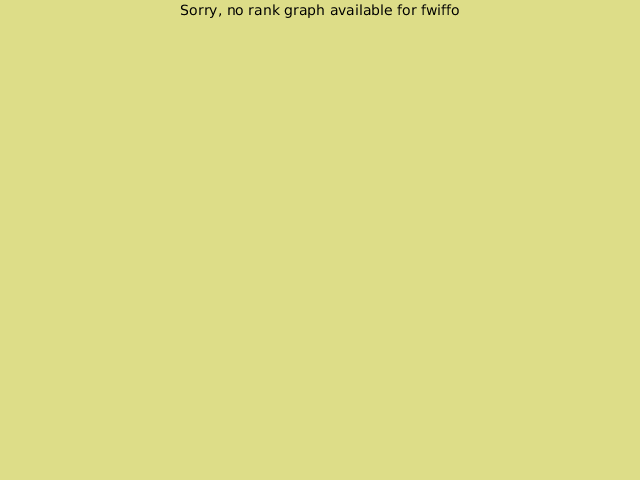 I've put together some problems/positions based on Conway's game of Life.

White decides that the ko threat at

is big enough to respond to.

Black is unable to make a living shape. If

instead, then White plays the vital point at

at a also fails. 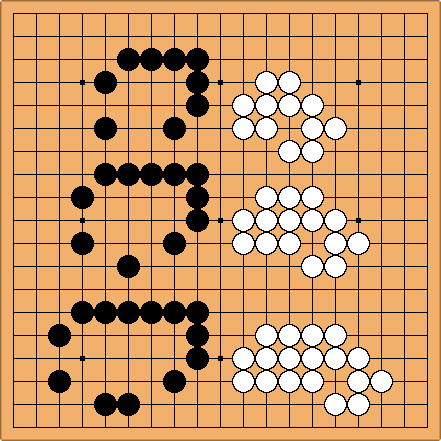