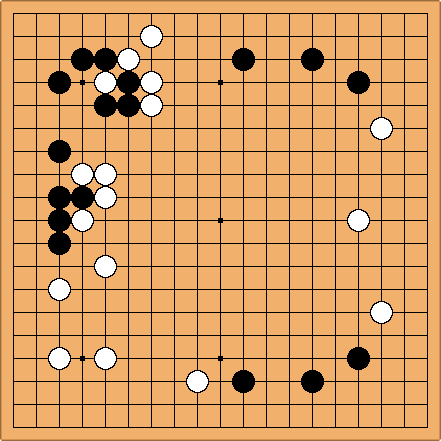 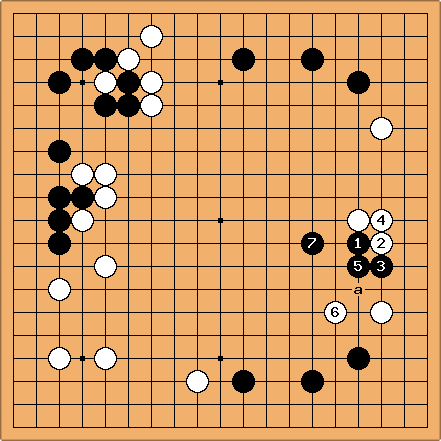 Go Seigen says that an invasion at

is possible, but then White would reply at a to seal Black in. Since the outside would become quite White, Go Seigen does not approve.

Bob McGuigan: I thought about attaching at

, myself, but presumably that gives too much white thickness toward the center. The attachment at

would be intended to make the fighting spill over into white's area on the lower left.

Bill: Yes, that's what happened in the game. In the fighting that ensued Black made a significant encroachment into White's lower left moyo.