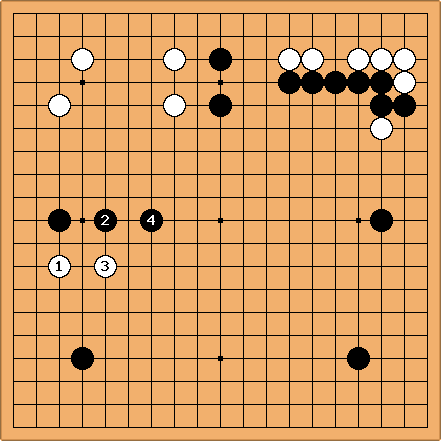 This example comes from Now I Would Play This Way: Go Seigen looks back at 18 memorable games (Go Seigen: Omoide no 18 Kyoku: Ima Nara Ko Utsu). It is from the second game, in which he took two stones from Shusai Meijin Honinbo. 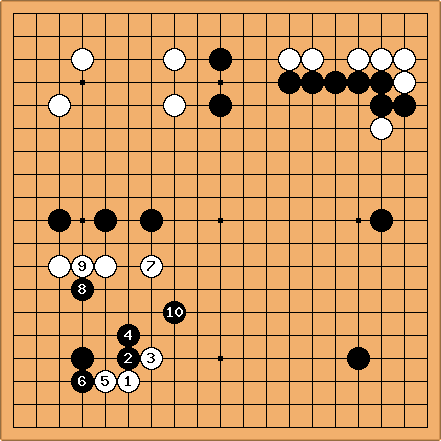 is somewhat unreasonable, but Shusai had little choice because of the handicap. 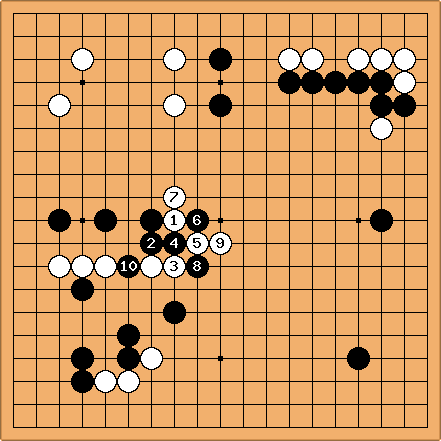 is premature, giving White a chance to make the following play. 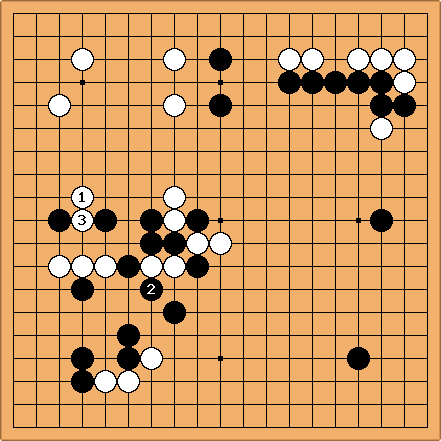 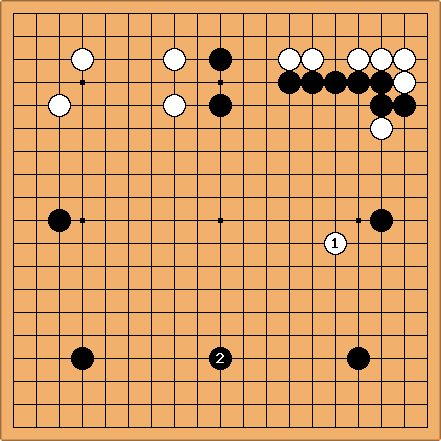 , he would have ignored it and taken the last large point with