Compromised diagonal and dropping back

This sort of pattern on the side is quite common after an invasion: 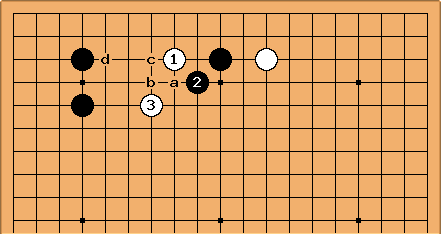 a dropping back idea; it is certainly also a getting ahead idea. In this case Black doesn't cut with Black a, White b, Black c because White d is a tesuji of the flying-off kind.

at a is clearly slower and heavier, even though it has more effect on Black too.

Here is a very special case of this shape. 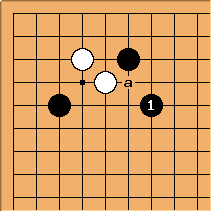 (instead of Black at a, in the 3-5 point, 4-3 approach, one-space pincer) is an example of a play that is recorded in joseki dictionaries, but rarely seen in pro games.

From what is said at weak player's diagonal, one can understand the rarity: Black at a is very natural from the point of view of shape. Of course

can be called a lighter play.

This example game in which 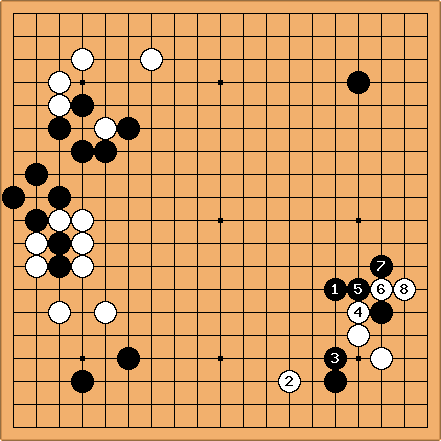 is intended as a sort of inducing move. Black wastes no time playing

at another key point of White's diagonal. 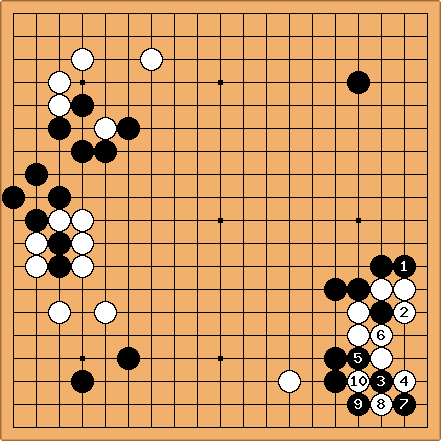 Kajiwara was nicknamed 'the drill' for his maximum attitude to local play:

is a good example. A ko results. 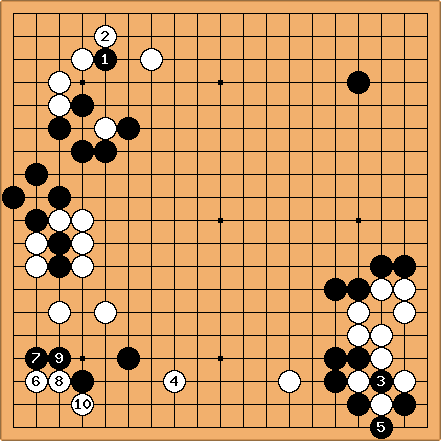 Black wins the ko. This leaves White needing a move to live in the lower right. 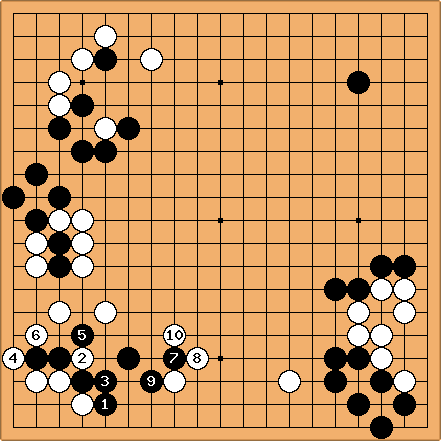 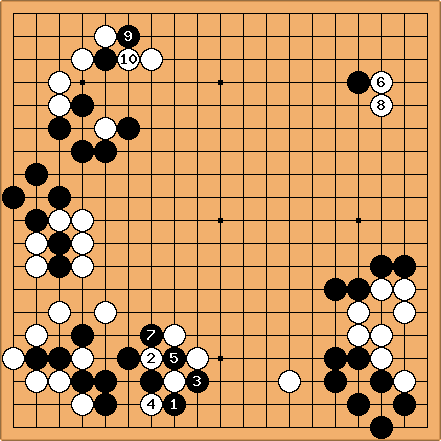 Another ko: Black trades away the upper right. 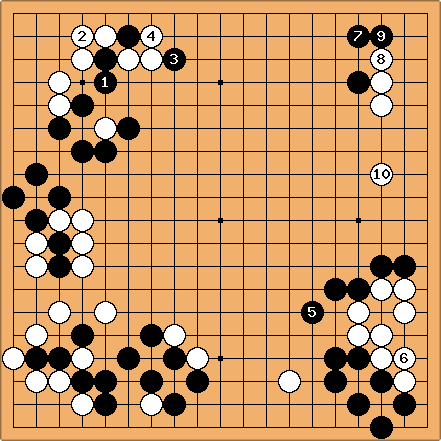 (dropping back with a diagonal play) shuts White in, rather than chase him out into the centre. 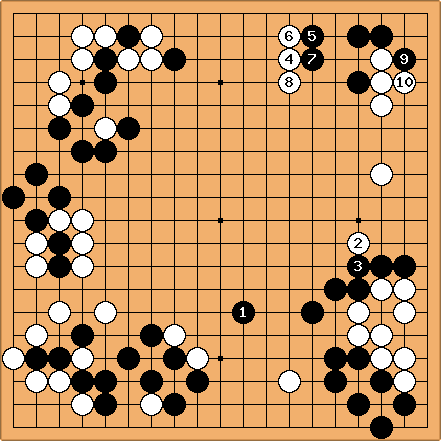 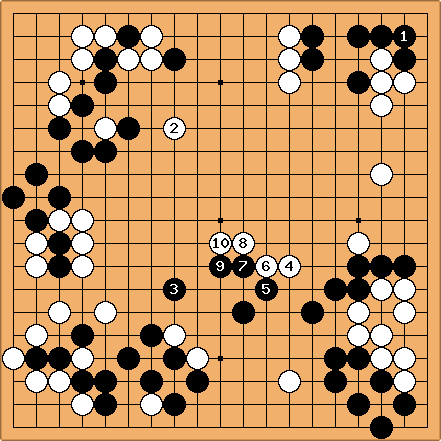 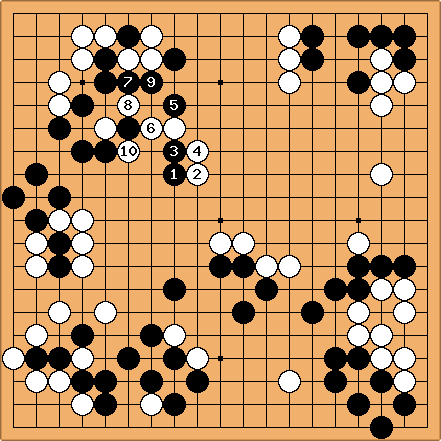 [1] The opening plays were these: 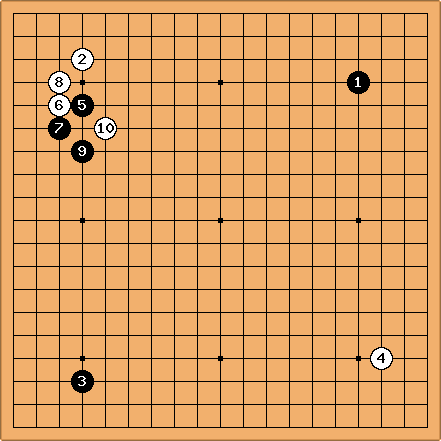 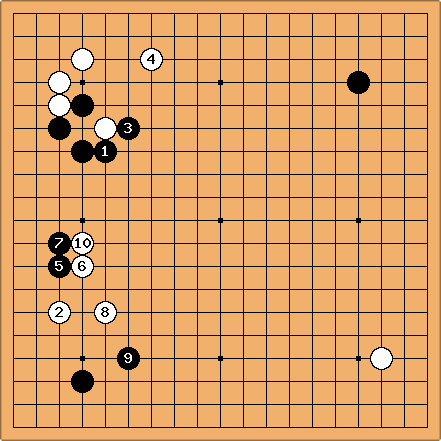 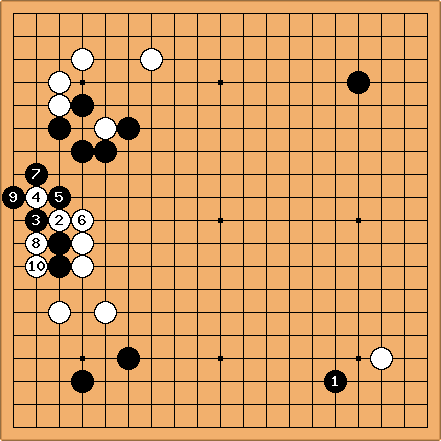 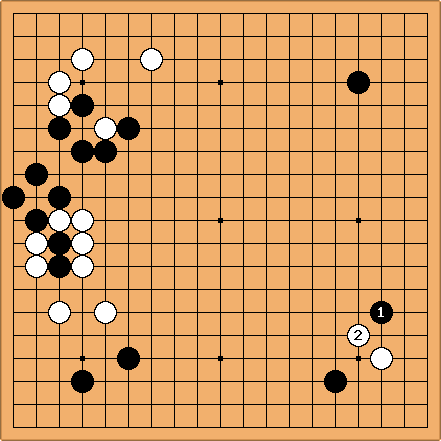