Dropping back with a diagonal play 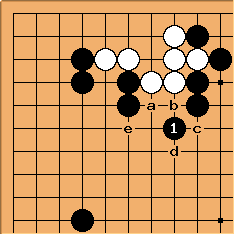 Black has a problem with many cutting points here.

If Black plays at one of a or b, and White at the other, Black will block but have two cutting points.

is to reduce the number by one [1], compared to playing at a or b. It is a bargain to do this at a cost only of one point of territory when White later plays at a. 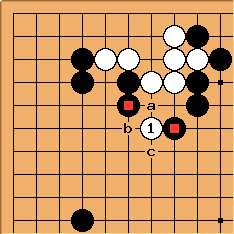 By the way, something more to say here: White would actually think more about cutting this way, across the knight's move (marked stones). But now Black can answer not just at a (when White can create two cutting points), but at b or c. 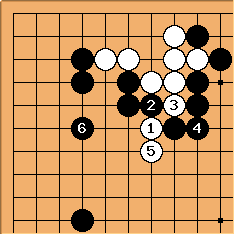 [1] aLegendWai: To make it clear, it is the idea of

It is nearly always good to make this kind of concession. Don't be mean with 1 territory. :P