Hans: If white starts she can win. 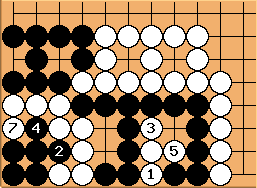 MikeTerry: Capturing the enemy stones in your eye space earlier than you need to is often a mistake. Here, capturing with 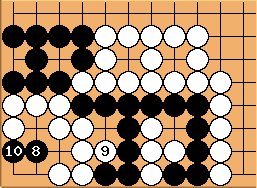 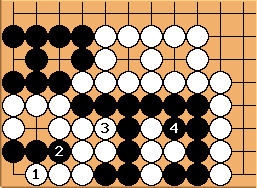 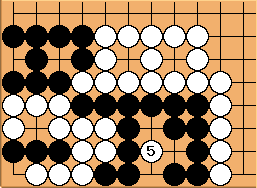 White wins by one move.

in the first diagram above had taken a shared liberty rather than capturing the corner stones, White would have won the semeai by two moves rather than one. However, I believe you have missed the optimum line in the sequence above, and the situation is more complicated than this. (I think with White first, the status strictly depends on the ruleset in use!)

I should add here that this is a position I have made up and analysed myself, and I've been known to produce total gibberish analyses in the past! So I apologise to everyone in advance if I'm doing it again :) 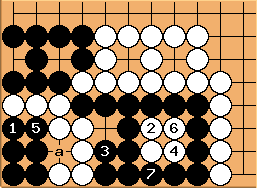 at a, Black makes the same throw-in ko position as in the second next diagram below.

MikeTerry: Hi Bill - I think after

and White a in the previous diagram it's already too late to try and start the ko and all the black stones are dead, e.g. 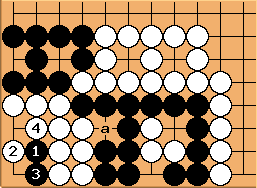 The extra liberty at a allows White to play at

and live. Alternatively, if

(the normal move to try and kill this eye shape in the corner), White can play at

and make a big eye to win the semeai.

So Black must fill all the shared liberties before completing the rectangular-six shape, as in Unkx80's latest attempt somewhere below. 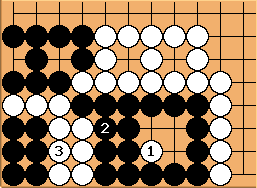 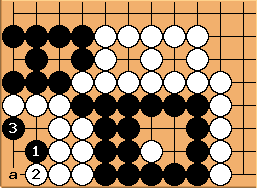 unkx80: More analysis, as promised. To answer the 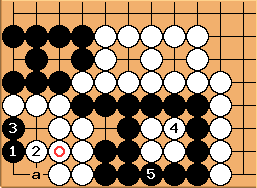 is just too slow, as it allows White to play

at a, and then she has enough liberties to win the semeai (7 to Black's 6). 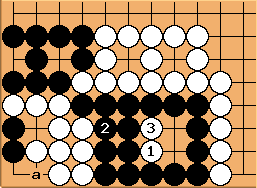 When do we fight this ko? 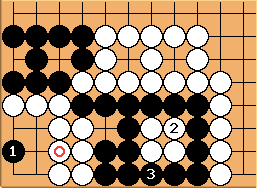 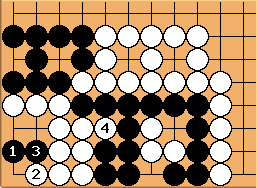 Dave: Does this not win for White by one move?

unkx80: Hey, excellent, you managed to turn all my analysis into rubbish. Dave: Actually Mike already wrote it in his note 3 diagrams above :-) 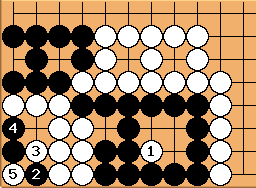 This is an approach ko. 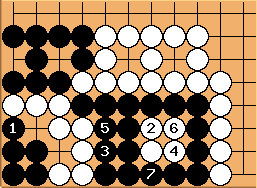 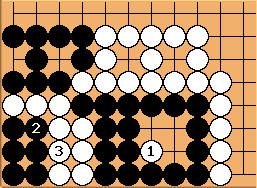 Back to the throw-in ko.

MikeTerry: Right! This is the best sequence I've found, and leads to a direct ko. White will proceed to fill the Black eye liberties on the right, forcing Black to start the ko, and so Black will have to make the first ko-threat.

So unless anyone has a better solution, going back to the original problem I believe if Black starts, the outcome is a direct ko.

That leaves us with the White-first situation to sort out, which follows similar ideas to those above, but has it's own peculiar feature to be discovered! :) 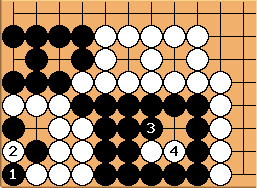 is not a local ko threat because

is atari on the Black stones on the right. 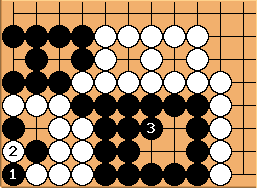 would be a local ko threat, if Black could maneuver this position.