I realized that i usually get big moyo(s?) against GNU Go before the middle game and the rest of my moves are defencive moves. Sometimes I gain the initiative by two purpose moves but still use it for a better defence.

I think this style would not improve my play so I decided to play handicap games. At first I played with a 2-stone handicap but I again managed to get big moyo(s?). Here is a 3-stone handicap game in which I could not gain a big moyo and had to invade. In the end (actually between moves 110 and 130 ) I took control of the lower left area which is something that I could not even dream about before this game. I have to admit that I was a bit lucky and the situation was a bit in favour of humans :) The final result is far better than the 2-stone handicap game, hence it is very satisfying.

Anyway I hope I will improve my play this way. But I feel it is very difficult to play with higher handicaps, especially after 5 stones. I will give it a try though. I can't even imagine how to play against 9-stone handicap.

Thank you for your interest. 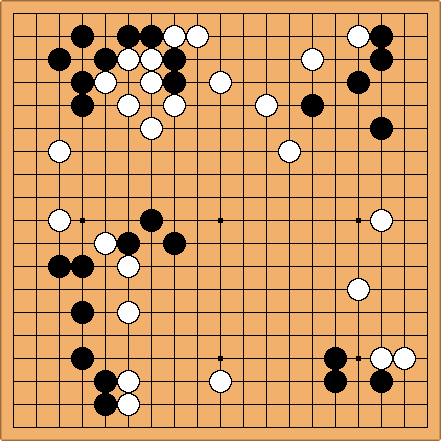 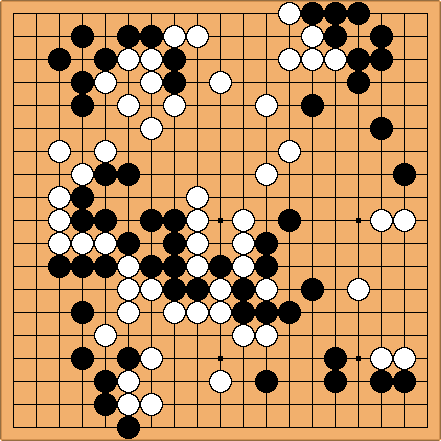 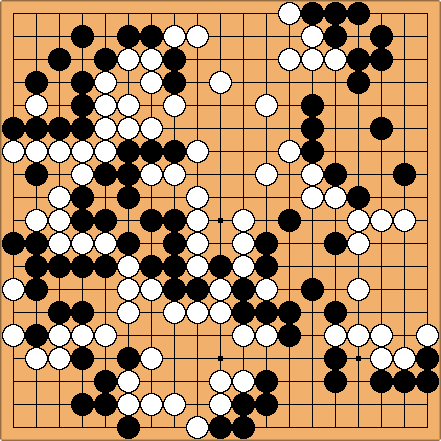 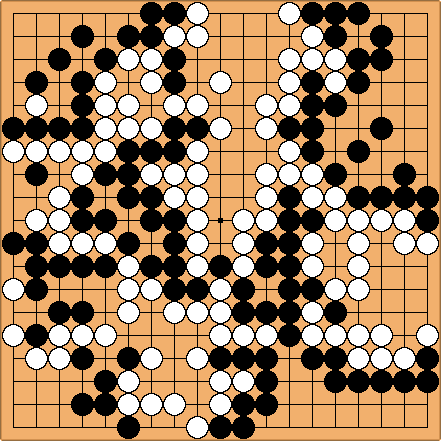