Timber: I want to use the opportunity here at SL to get a bit more human comment on my games. I´m not completely new to the game, ~ 16 kyu on KGS, but I can´t play there very often (firewall at work ;)), and I really don't trust my own ability to interpret all kinds of situations so... here´s one of my games against GnuGo, default settings. I´d appreciate your comments very much! 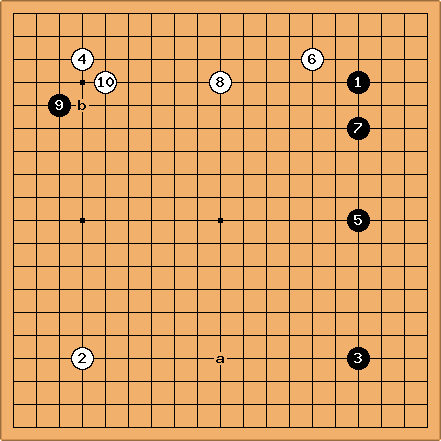 Timber:I suppose instead of preventing the enclosure in the upper right I could have played around a. But would that really have been better ? or should I have tried to attack the lower left with the backup of 3 ?

Andre Engels: Please use letters a, b, c etcetera - it is not clear to me which point you mean by R4. However,

(as well as all other moves in this diagram) looks perfectly OK to me.

looks too low with regard to

Timber: I did change the references, thanks for the advice, Andre. 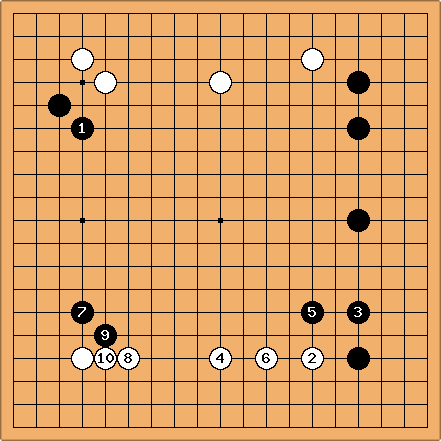 Timber:I guess that shape in the lower left is not good for me. Also there´s suddenly that big white framework. 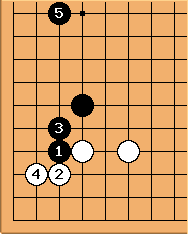 used to be considered joseki in the 19th century, but now is considered too slow.

would better have been left unplayed, as it helps White by inviting her to defend against a possible invasion.

is not joseki, the joseki is in the diagram to the left.

looks fine, given Black's framework on the right and White's on the bottom.

is atrocious, however, strengthening White more than Black. 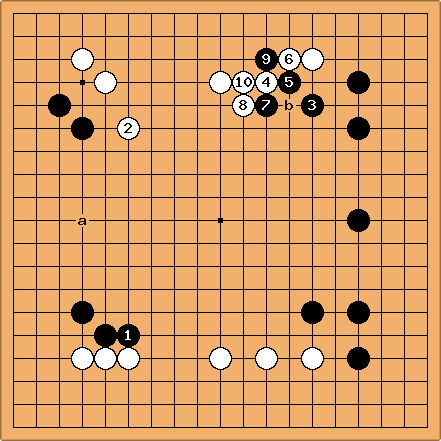 Timber:That cut in the upper right does not look as promising as it did then. Would

have been better ? Probably.

does not look good, not doing much and also pushing the cart from behind. However, rather than at

, the correct move seems to be at a. The 'cut' in the upper right simply does not work.

is a bit slow. Better at b. 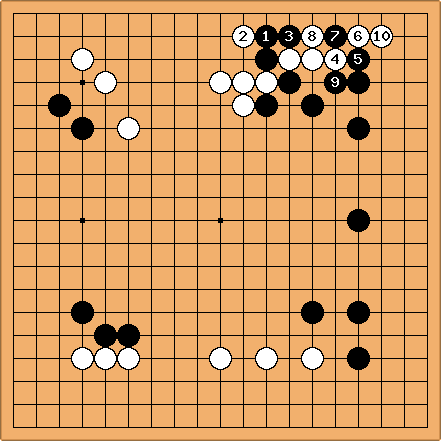 Timber:This is really just bad for me, isnt it? I guess I wouldn't have given up that corner if I had played against a human (more thinking time…).

Andre Engels: Yes, it is. You could have diminished the damage by playing

, but the best thing would have been to look for a tenuki after 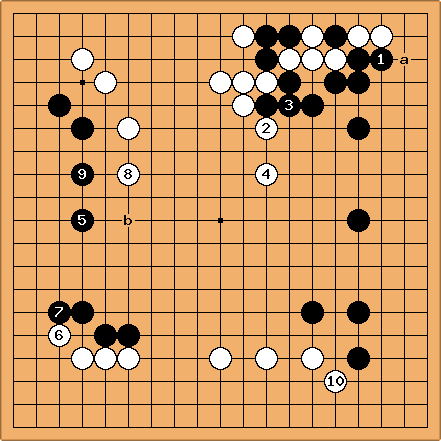 Timber:Should Black rather defend his lower right corner or rather play somewhere around b (or somewhere else completely?)

is bad shape, a looks better locally (and [[tenuki]] feels good as well).

is the good direction, but can be played at

. Defending the lower right corner after

Timber: "Thank you very much. Would it be too presumptuous to post the rest of the game ? I hope not! :)" 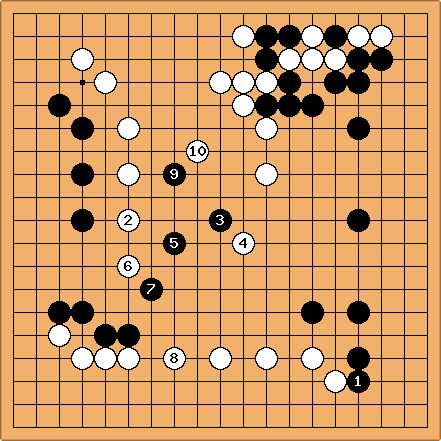 Timber:I, too, thought that the lower right is big, but

suddenly made the center look very white. I didnt know how to cope with it, attacking from the left seemed to only make him stronger.I´d really like to hear some opinions on how to handle this more effectively. 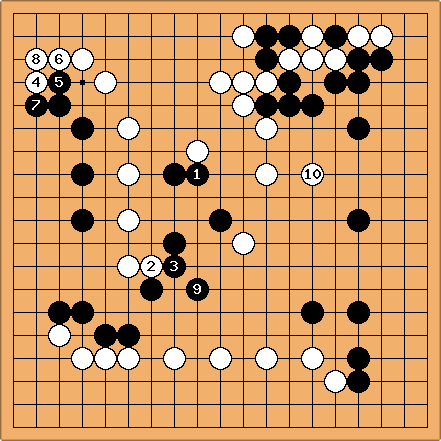 Timber: I guess to make some territory there I would have needed to separate some stones of his. But I didnt see any good opportunity so I focused on destruction. 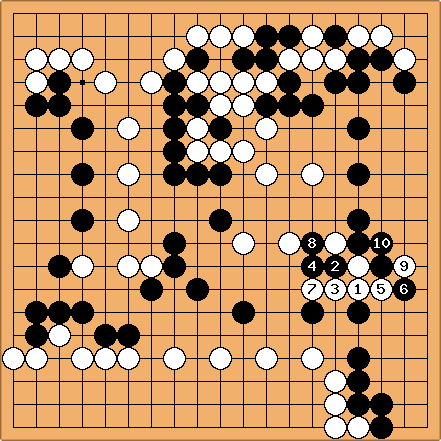 Timber: Somewhere in between these moves I started to think again. I was sure that this group could not legitimately live... 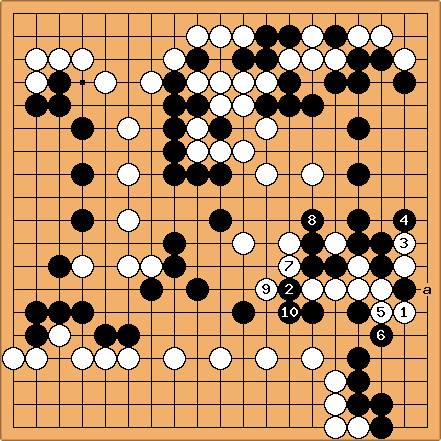 Timber: But somehow only got a ko (which I later won). How should I have played to catch them without ko ?

Andre Engels: It looks like me that your judgement that you were 'sure that this group could not legitimately live' was wrong. In fact, I wonder how White even let it become ko - if White simply captures at a for the next move, the group is alive without.

The correct way of playing would have been to play

there. The black territory is then secured, and whether White lives or dies becomes a relatively unimportant question.

Please be so kind and give your comments, it helps me immensely to evaluate my own ability to judge.