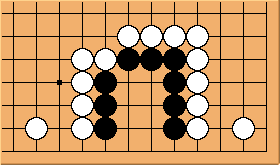 Killing Sequence 1 (The Easy One) 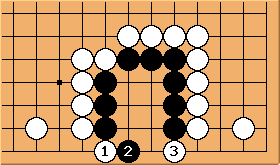 Looks are very deceptive... It looks as if Black is alive. However, the hane at 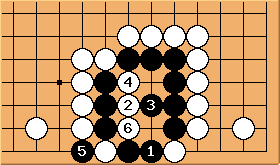 Notice that Black can't play at 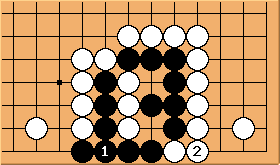 Killing Sequence 2 (The Harder One) 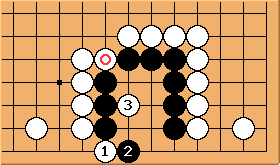 works, too. The aji caused by 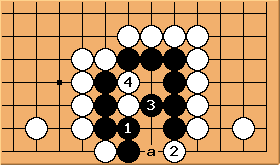 , White can play the hane at

, Black can't play at a because of shortage of liberties. So if he captures the two stones, White kills him at a. 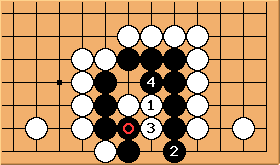 here is wrong. Black descends at

, and then makes a seki with 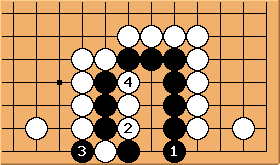 tries to expand the eye space, but with the ataris at 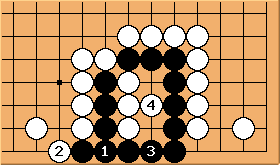 ...White continues his atari sequence, and occupies the vital point of 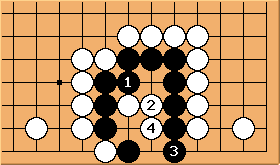 , and White responds with 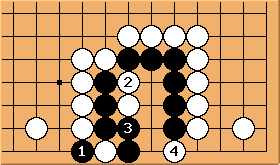 Capturing the white stone at

is also useless. White can cut at

: and Black is again given the death sentence. If

, and White can play atari at 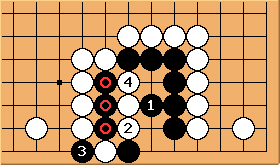 Maybe this variation is not needed? In response to

and plays atari at 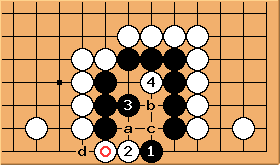 We shall now consider Black's other answers to the hane (the marked stone).

is a possible move, but

reduces Black to a bulky five. If Black plays

must never be played at a, or else Black plays atari on three stones at c, White d, and 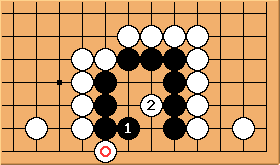 , White makes a placement at

and Black suffers the fate of a bulky five. 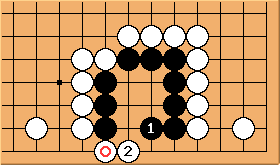 This way of resistance is also useless. Perhaps the other variations are unnecessary?