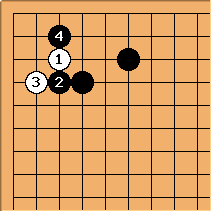 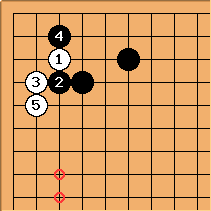 Dieter: It's difficult to give an answer without knowing the whole board position. The presence of stones at the circled point can influence the situation in a major way. Anyhow

plays on the inside, so a light approach seems called for. 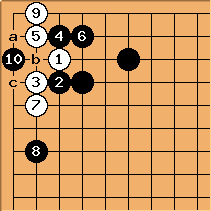 is kind of kikashi. Next

is the only way to kill, but without more support here, Black will not be able to sustain such an all out attack. Locally, a-b-c and d@b follow.

Bill: As Dieter says, it is hard to say what is best without seeing the rest of the board. The invasion is bad on an empty board, so we expect to see White stones in the vicinity. 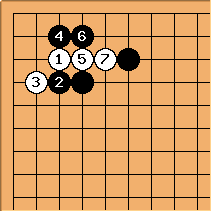 That said, my first thought is

. Black now has three disconnected groups. Not so easy for Black.