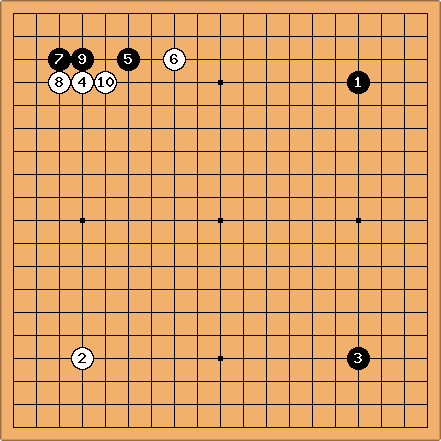 tapir: this is from recent blitz games of mine. since my opponent consistently played this opening (i m black). i tried to convince him by game play that this opening is not good for white. however, odds were 2:3 at last (that is he won despite this opening). so i long for, other convincing arguments in form of tewari or anything else. thank you. 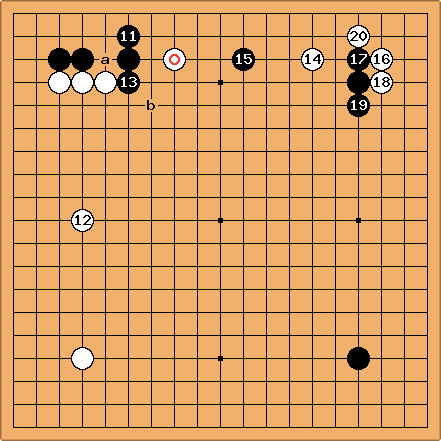 inefficient. If black is going to play

, then he would much prefer

at a. White had to patch up with

, which is why this joseki is isn't so good for black without a stone on the left already in place (see: 44PointOneSpaceLowPincerInvasionBlock). Since black gets a free move while white patches with

, I think black should immediately counter-pincer

while extending from the hoshi stone in the upper right in this manner[100].

in the top right looks odd imho after white fixes up the joseki. If anything I would like to have an approach in the lower left then.

at a may be better now, but leaving white splitted looks so good to me, I didn't need time to think about

at all. (It was blitz anyway.)

, either. I prefer b, as Black is alive in the corner. It is not like White can afford to cut with gote. ;) 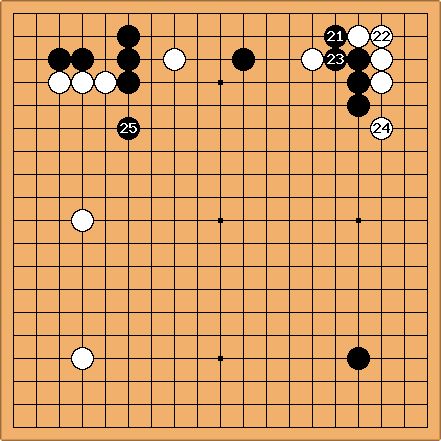 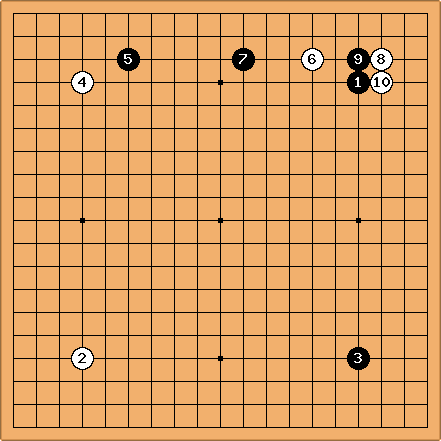 Tapir: Thanks! Very convincing, I try to live up to this by winning next time. :) Btw. how do you answer such symmetrical plays like

here. I usually would play the starpoint 10-4 or 10-3, but maybe this is unnecessary shy.

in the diagram are all good moves, because they also support

and are thus dual purpose moves. Black can also choose to simple extend and play one of the 4-4 point low approach, low extension joseki. If this ends with white pincering

is not in trouble because white has not responded on the left. So black can counter-pincer

or enter the corner and should be fine. Personally, I would have slight preference for one of the pincers, but an extension cannot really be said to be wrong. 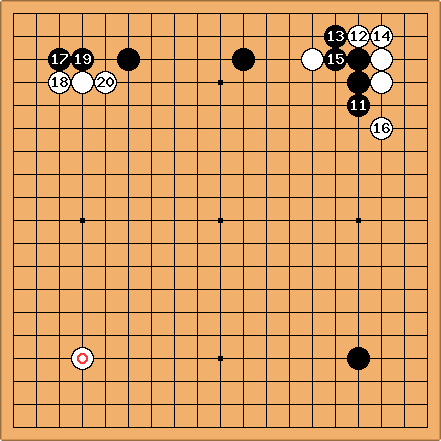 Herman: After white takes the upper right corner, black decides to take the upper left with

. White builds a wall to influence the left and work with 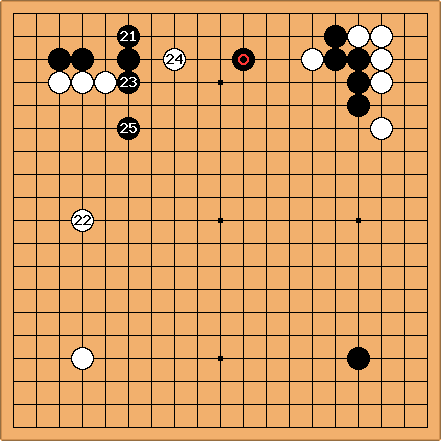 defends against the double cut on the second line,

stakes out the left.

is a good move, expanding blacks top moyo while reducing that of white on left.

is a very bad move. It is far too close to black's strong stones in the upper left. It is pre-pincered by

, so doesn't have any potential to make a base on the top.

is the natural response, pressing down on white's moyo on the left while attacking 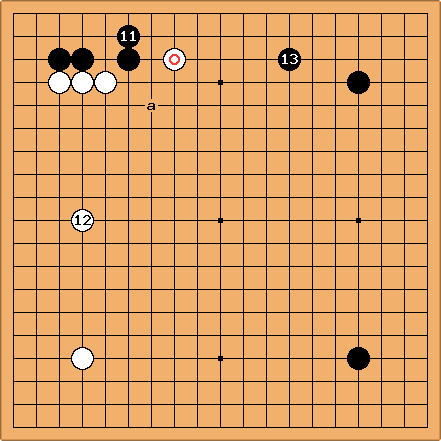 at a, and I think

then becomes slack, and does not punish white effectively, because of the following tewari.... 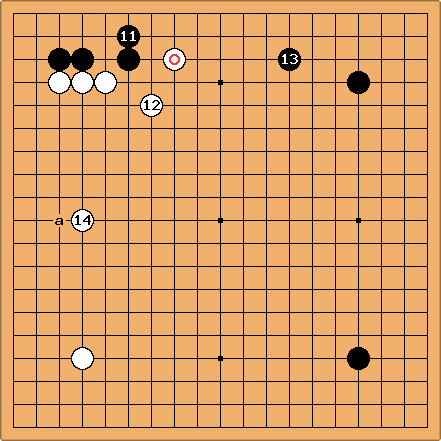 is joseki in the upper left, but this is usually bad for white is there is no stone at or around

, black is playing on the unimportant side (

do not make much influence here), allowing white to patch up his defect with

. Instead, black should have invaded the left side (at a, for example) to make white's wall ineffective or overconcentrated.

Andy Pierce: Well that seems simple enough. Not to get all tewari or anything, but since white should have had a stone around a already before initiating the joseki, black can mess white up by putting his stone down where white's stone should have been. 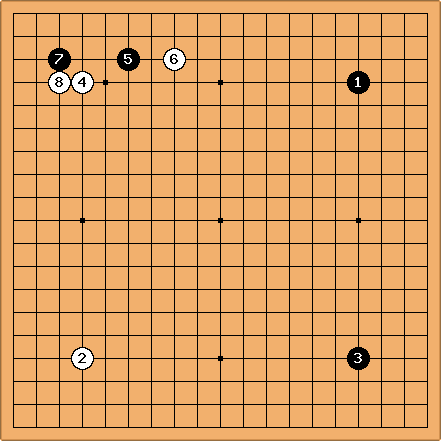 There are no games on GoBase in which White blocks at 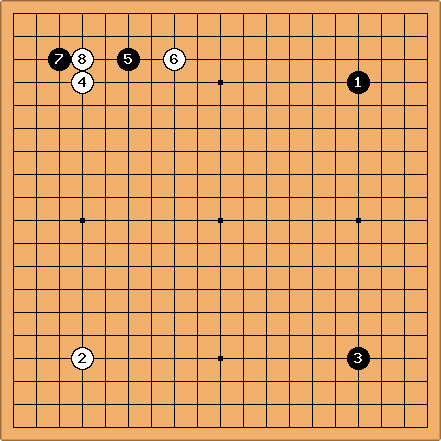