Here's a joseki question: I found the following line in Kogo's, but it doesn't seem like joseki to me. -- 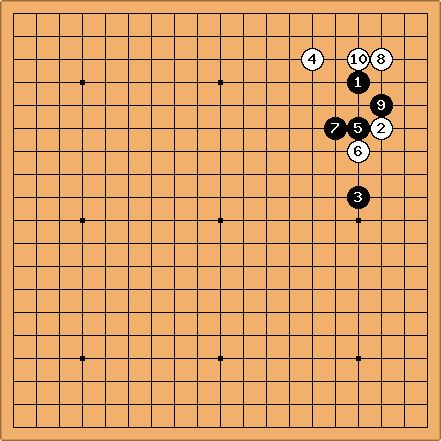 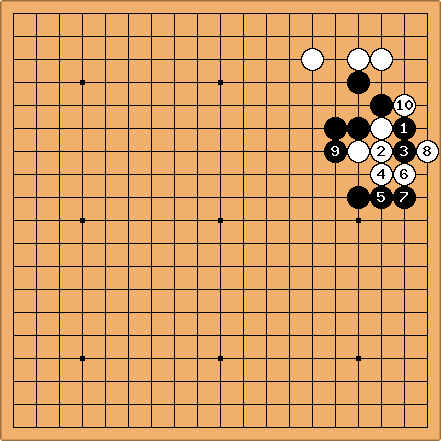 Kogo's comment on move 12: Later this move doesn't work. (I don't see how it works now.) 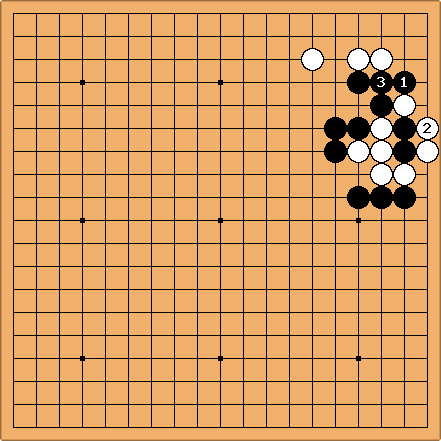 Isn't the White group dead where it stands? Am I missing something here? Where should White diverge?

P.S. Maybe I just misunderstood the comment on move 12 - I see White playing tenuki on move 12 in pro games - does this mean White's two stones are left for aji?

xela: You're quite right: the white group on the side is dead, and the corner group isn't looking happy after black 21. The point is that white 12 is a mistake, and the remaining moves are to show why it's wrong. White should indeed tenuku instead of playing at 12. 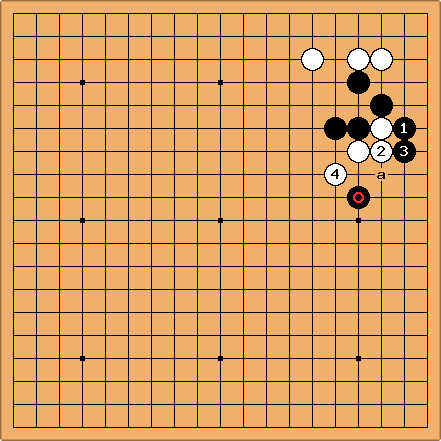 golearner: Okay, followup question on variation board - wouldn't this 14 be better for White? It seems to offer at least a chance of escape. (In the original line, White played 14 at 'a'.)

unkx80: Then Black plays at a, and the White stones become heavy and floating. I don't know what White has achieved here.

xela: I think the point of the line shown in kogo's is that white a, even though it is an ugly shape, makes sort of sense because it cuts off

--therefore it's important to know whether or not white can play a. If

and black a, then all of black's stones are connected, so it's hard for white to gain anything by fighting.

is better than Wa. That doesn't mean that it's good, or even OK. Even if the White group escapes, it will often be better to sacrifice it.