These are the first moves from the fifth game of the 2002 Kisei title match between Ryu Shikun (Black) and O Rissei. 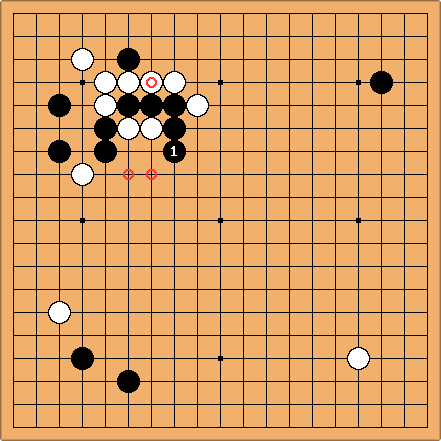 and Black answered with

to prevent his four stones being caught in a ladder. This move allows two kikashi at the marked points (in the game, O Rissei played these kikashi immediately). 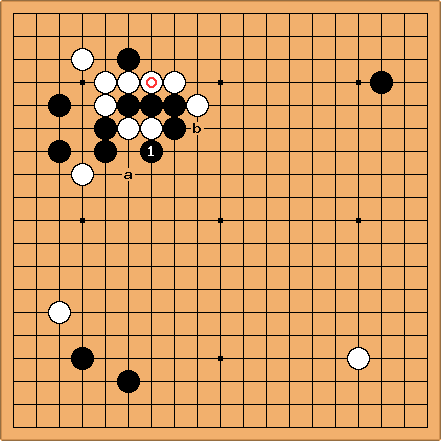 While replaying the game, I was wondering why Black didn't play

Does anybody have an idea?

Dieter: My idea is twofold. First,

in the next diagram is sente: Wh2 nicely develops the influence of the white group. The two moves in the second diagram, if answered, are kikashi:

have still to prove their value later and will be abandoned without regret ... but abandoned. 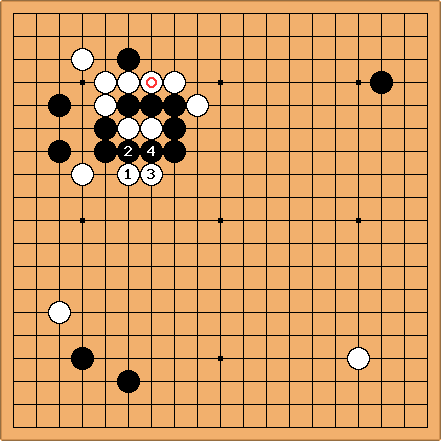 Second, I'm not at all convinced that Black will let himself be forced. In the following diagram, Black adopts a fighting attitude. Maybe this is what Ryu wanted to invite O to do? 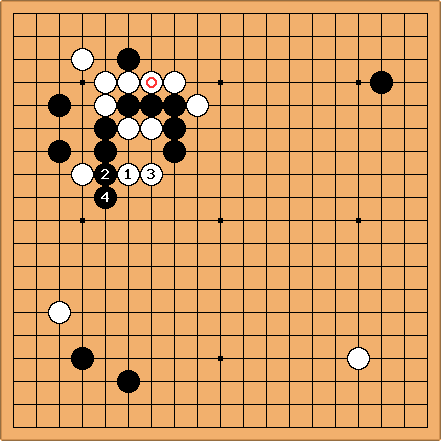 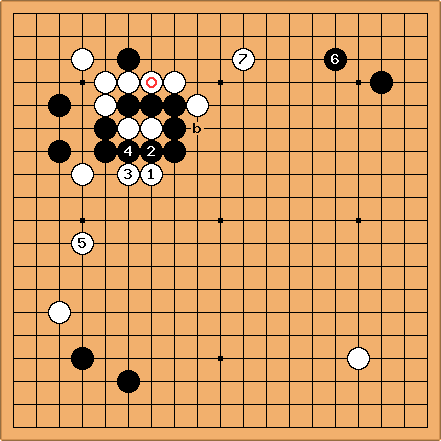 AlainWettach Well, Dieter, as to your second point, the next moves showed that, at least in Ryu's mind,

were real kikashi. Those moves obviously help White on the left side.

I am not totally convinced by the explanation based on the subtle distinction between kikashi and sente move, it is too abstract for me. If White had been allowed the sente move at b instead of the two kikashis, I suppose she would have followed it with a move like 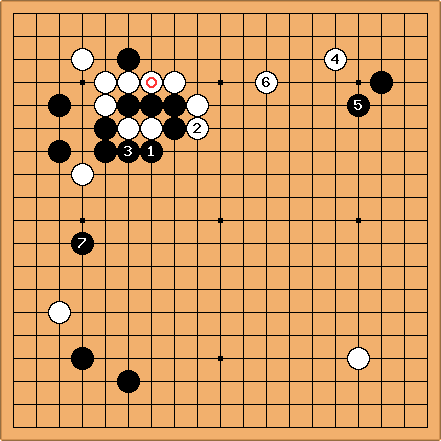 I would expect something like this to happen if Black had played at b. Is this really better for White than the game? I am not sure... Alternatively, White might play a high approach giving the next diagram. 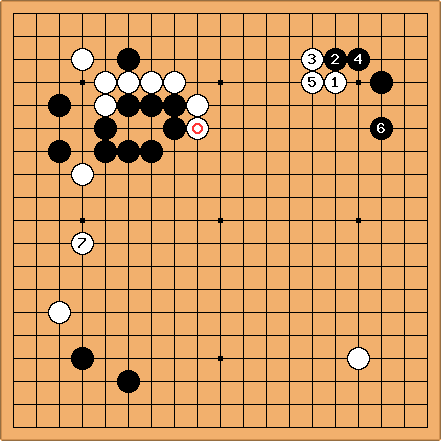 on the upper side and come back to play

. This is only one way of playing, but a pincer on

himself. Black could tenuki and play at

immediately, but even if a stone at

seems to give Black a promising position on the left, I think that the marked stone would work well with a 5-4 point joseki in the upper right corner.

Who knows, maybe Rob van Zeijst will deal with this point in one of his next columns! 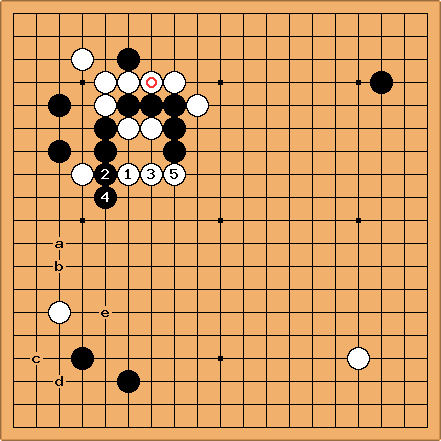 JamesA: I think that after

, Black will very much regret not answering the kikashi! The black group in the centre is large and heavy, and White will be able to do a lot with it. Also, White could later play at a, seriously reducing Black's territory. Alternatively, if Black plays at b to forestall this, White can go into the corner with c, then Black d, then maybe White e. I think Black has to answer the kikashi, and I think not giving White the sente play at b is reason enough to put up with the kikashi.

Which looks like a lot of black thickness to me, in return for not much white territory.

Charles Matthews Not to speak of the ladder possibility at a. That in itself is enough to justify Black's decision, isn't it?

Nick Hoover - 8 above seems quite passive for white. How about cutting instead?

BobWhoosta: Keep in mind we may be looking at two possibilities in the position, one of which was chosen. It may be the two variations are equal but different, and had black eaten fried eggs instead of oatmeal for breakfast, it would have been a different game.