KMW: Here's a recent game that had me confused at several points. As you may notice, I'm new here and having some trouble with the formatting - please feel free to edit my comments to make them more readable.

Here's the first several moves, which seem unremarkable to me: 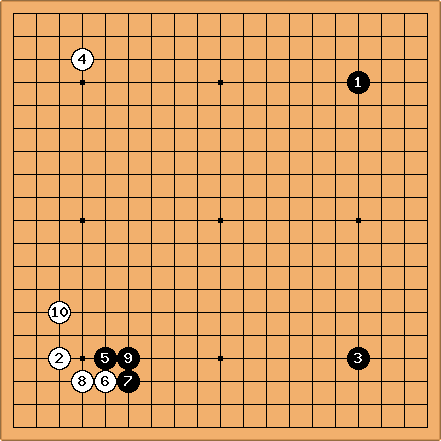 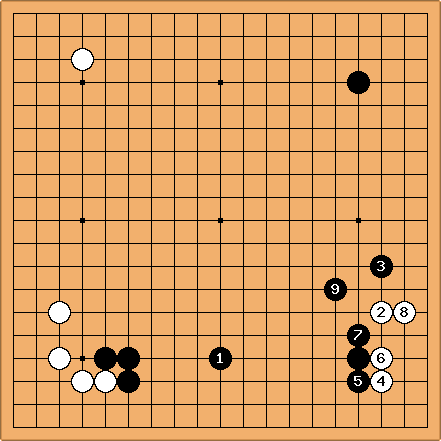 Now for the first surprise: 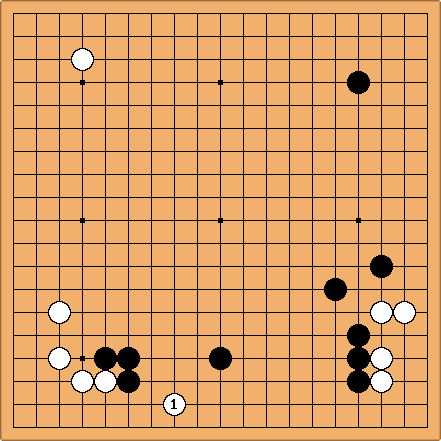 is fairly normal (it can run or connect), although to me this looks a little early in the game to be playing it.

KMW: I agree it looks normal enough, I'm jut confused as to what it is trying to accomplish now. Is the idea to force black to commit to something? The fighting lines I looked at seemed complicated, while sealing white in felt consistent with black's earlier influence oriented moves. The game continued: 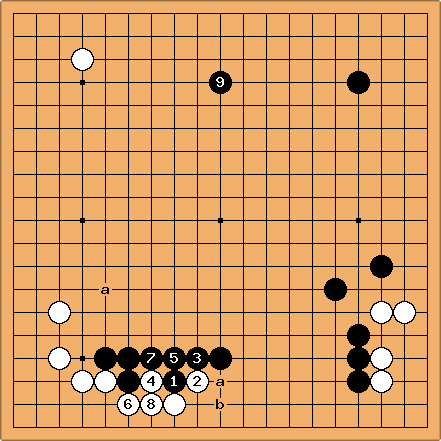 Andy Pierce: I think this is bad for white. White gets second line territory and black gets a nice wall that works well with his position in the lower right to project center power.

tapir (KGS 3k): Even if this is already bad for white, I would play

, I thought about a or b. Those moves leave black's groups essentially connected, and black's overall game feels thick - but I decided it was too slow. However, after the move I played, the 3-3 invasion at the top is a bit awkward, since both extensions are approximately equally wide (the position along the right is a bit wider, but is open to reduction from below).

White's next move was also quite a surprise for me: 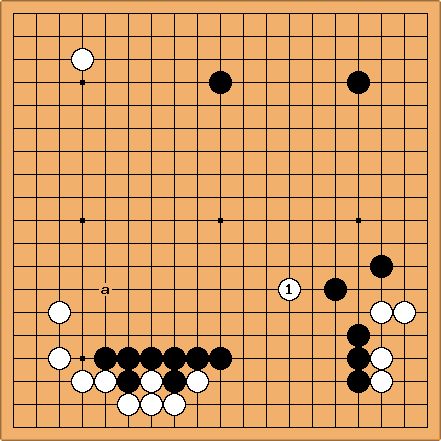 Black has a large moyo, so it isn't too surprising that white wants to come in, but the placement would not have ocured to me. The aims seem to be: 1> the aji of cutting through the knight's moves in the lower right, 2> reducing the territory at the bottom, and 3> separating and weakening black's (eyeless) walls.

Andy Pierce: You should welcome white cutting through the knight's move. That means a big fight where you have lots of influence. White will get hammered. You should notice that there isn't any significant territory at the bottom, because of the open skirt. I'd probably play a here and attack on a large scale.

here rather than making a shimari in the top left is white admitting that she made a mistake in giving you so much influence. 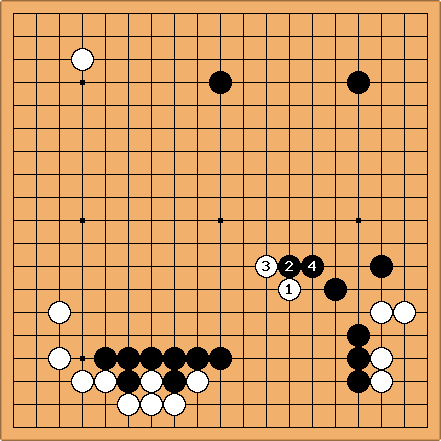 is not particularly threatening, and there is something to be said for tenuki, but how about this attachment? Don't you want to drive

I decided only the first of these felt like a real threat, and tried to make

aji kesi. However, I think I played poorly here. The next few moves of this fight went: 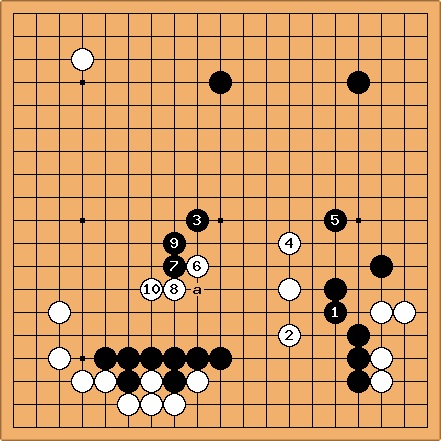 After this, I cut at a and then got destroyed in the resulting fight. I have a hard time with this kind of position - for instance,

feels dangerously thin, but I couldn't figure out any graceful way of cutting or of using the attack to develope elsewhere. Is this a problem with my earlier fuseki that is being exposed? If not, how does one study this kind of fighting? Just playing games is slow - but tesuji/tsume-go don't seem to help me in finding my way. 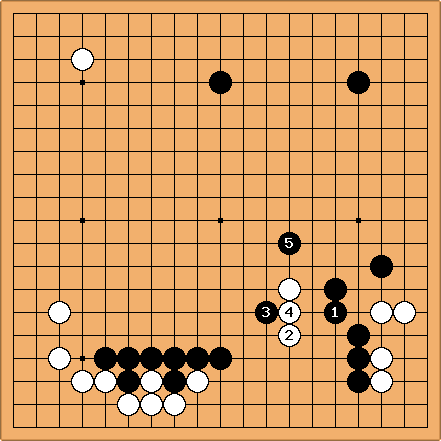 is too passive. But