Kogos Joseki Dictionary (May 2006 edition) discusses the invasion/probe into a 3454 enclosure in this manner: 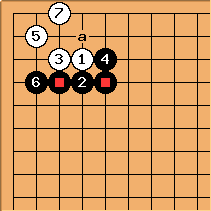 lives locally, while a play by white at a instead makes one eye and aims to connect out to the right. Can white make unconditional life in the corner after

is the correct response to

and White is dead in the corner. 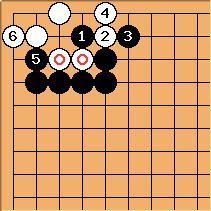 Kogo's contination for life in the corner is shown here which would work fine, except that after

stones are in atari and white dies. 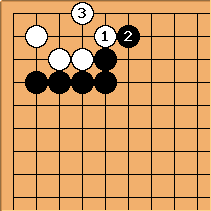 Dave: This is a more sensible try by White. 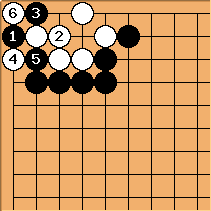 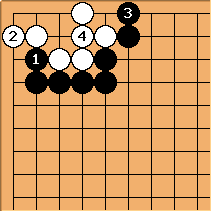 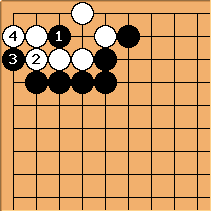 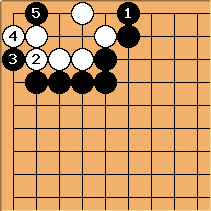 is the killer. If 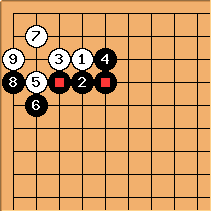 Bill: I seem to recall this being joseki.

Dave: Bill is correct. The reason is... 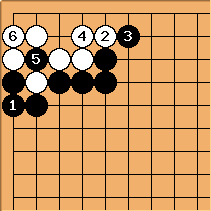 Dave: In this ko, White has a big threat to damage Black's territory by capturing at 1. If Black fills

, White gets a live shape by playing the hane and connection at 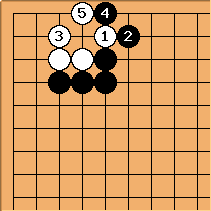 Dave: White can also make ko like this, however...

pwaldron: There is some danger to this sequence. See below. 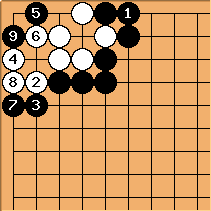 Dave: When Black connects to protect the top side. White still only has ko inside like this with no threats against the outside. So this approach is inferior to the standard line that Bill cites above. 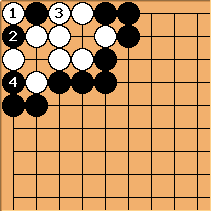 in the previous diagram to

here, it is still ko up to

. All my comments above are based on the "Shikatsu no Kihon II" by the Igo Henshuubu. 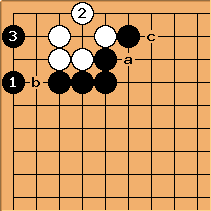 pwaldron: Dave pointed out that White has another ko, but this one is potentially dangerous. Black has the tesuji at 1 to go for a kill. In this particular situation, White may have counterplay because moves such as 'a', 'b' or 'c' may allow him to threaten escape or life.

That being said, if White is embarking on a direct corner invasion, it may be in the middle of a Black moyo and escaping may not do any good.

Dave: By the way, demonstating that the descent at

below is inferior to Bill's line is not trivial. We leave this as an exercise for the reader... :-) 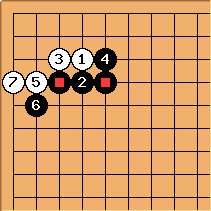 Bill: I seem to recall this being joseki.

Velobici: This ko is one sequence shown in the Takemiya Masaki book Enclosure Josekis (diagram 15 page 82) when there are no additional white or black stones in the area. 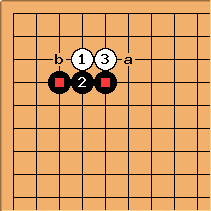 Enclosure Josekis spends more time on the variations that follow these plays with Black continuing with either the hane at a for influence down the side or the turn at b for territory.