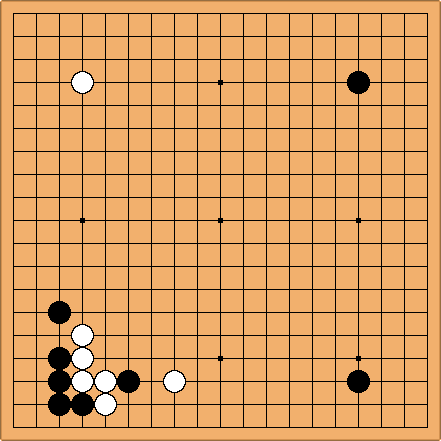 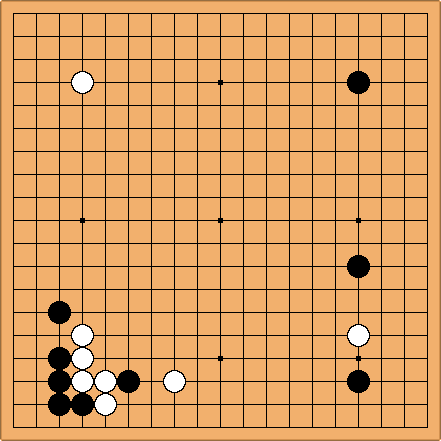 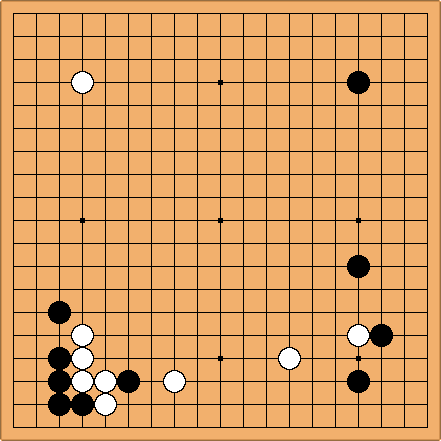 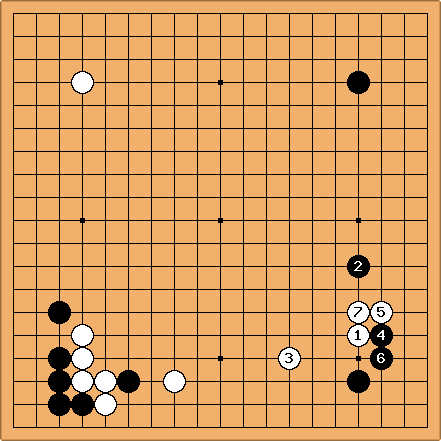 seems okay to me. I think

is not a good move, so my answer to your third question is that

suffices to separate the Black stones, which I think is a pretty good result for White. 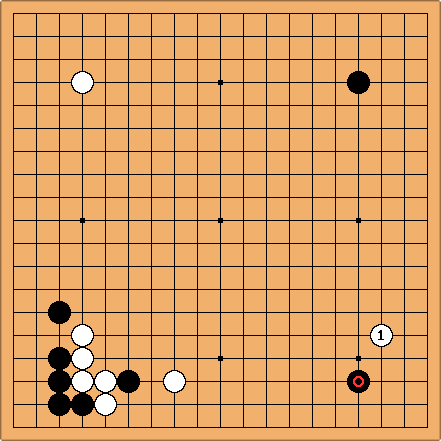 Bill: I think that the knight's approach is appropriate here, because

must develop in the direction of White's strength. 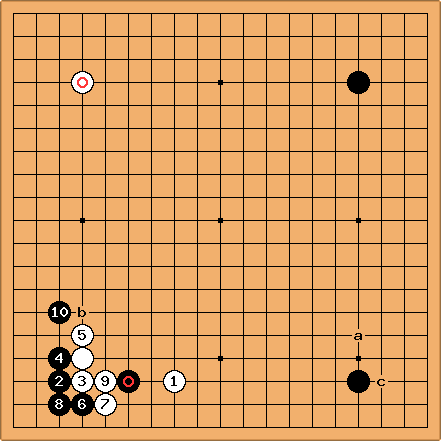 , as it does not seem to work with

Velobici: It is not clear to me that the White pincer of

is correct direction of play. The Kobayashi Opening article in Go World 87, shows White responding to the Black approach of

with a play at b. A Dictionary of Modern Fuseki The Korean Style, Pattern 45 The Kobayashi Opening shows two choices for

, to play at the location of

or at a. Charles Matthews Fuseki On Your Side shows three White responses to the Black approach at

, these are plays at b, at the location of

The Korean Style: Korean Joseki Innovations, a recent series of articles in Go World, does discusses the position with the lower right Black stone at c, then the series takes the White response at the point of

to the Black approach of

as a given. A Dictionary of Modern Fuseki The Korean Style, Pattern 39 The One-Space Pincer discusses

when the lower right Black stone is at c. The english translation of Rin Kaiho's Dictionary of Basic Fuseki does not contain the Black approach of

as a theme diagram, rather Black plays at a (page 220). Fuseki on Your Side part 3 discusses

(briefly) when the Black stone in the lower right is on the star point.

A game database search is in order.

. I was aware that it might appear in professional play. After dnerra's comment I checked on GoBase, and indeed it does -- at least once by Takemiya! ;-)

Lynx: Thanks for the input! I'm quite contraian, hence the pincer, but I guess being more polite is the better, more played route ^^.