Something which gives me problems is playing lightly near niken-tobi. I've checked all my references on patterns for invasion, reduction etc ( aka middlegame joseki ) and could not find much. I feel it leaves a big hole in my go knowledge, since niken-tobi is often recommended in invasion/reduction as a light way to play.

So the basic question is simple (though the answer is not). Given these three moves around niken-tobi, 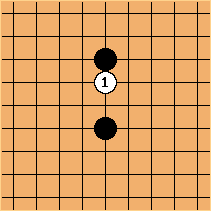 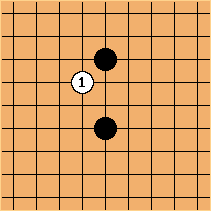 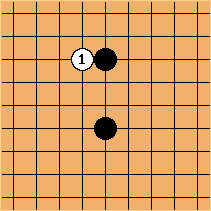 what are some examples of light ways to play for Black and White.

PS: I don't yet know how to create diagrams such as those on many joseki pages with labeled intersections acting as links. If someone knows how please change the diagrams into one.

Bob McGuigan: It is really hard to answer the question because so much depends on nearby stones of either color. The diagrams you gave do not suggest where the edge of the board is, which is also important. I doubt there are many "joseki" of the sort you want. That said, in isolation, away from the edge of the board, the twospace jump is thin. It is not really a strong shape. It is often played as a fast, light way to run. White might want to play to make it heavy or to cut it, again depending on the whole board position.

davos: Response 1 is the most severe move. White can play this if he is strong in the surrounding position, but whether it is good depends on ladders and the possibility for black to sacrifice one of the two stones in exchange for Sabaki. 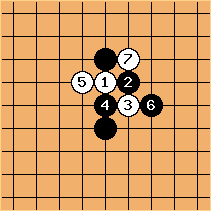 Bill: Let me second what Bob McGuigan said. So much depends upon the rest of the board, it is hard to answer the question in a vacuum.

Let me also say that

in the previous diagram is probably not the severest play against the two space jump. Yes, it cuts the stones in two. However, that is likely to play into Black's plans. The two space jump is light because Black is willing to sacrifice one of the stones.

could allow Black to do that in the best way.

To put it another way, flexibility is the essence of lightness.

allows many possibilities, so that Black can be flexible in response.

It also violates the proverb, Do not attach when attacking. 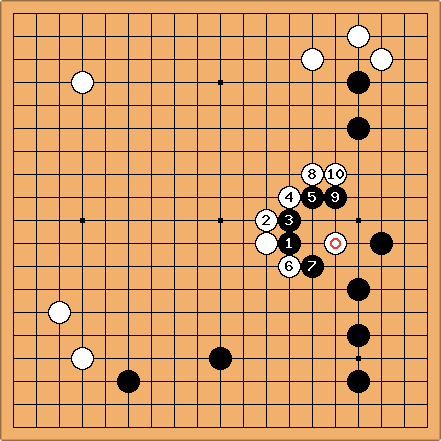 Bill: Here is an example from The Technique of Sabaki (Sabaki no Tekunikku) by Kataoka Satoshi, p. 68. White builds great strength by sacrificing 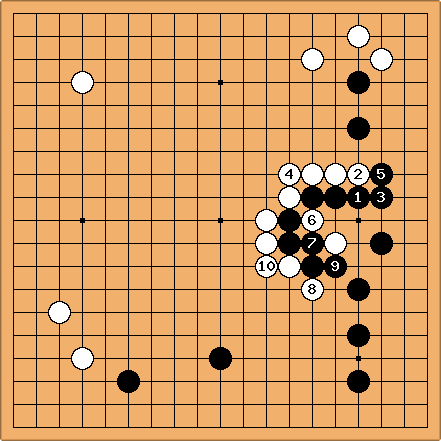 Bill: Kataoka stresses that White should not try to save everything. Through

White has taken the lead. 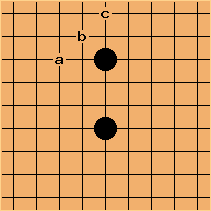 Bill: Other responses, such as a, b, and c, are well worth considering, especially in terms of attacking both Black stones.