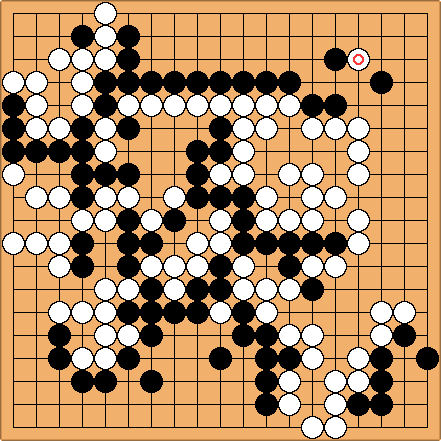 In the game (and even now) I could not find a way for black to get away without damage (see below for my attempt in the game).

So my question is: Can anyone see a better way for black to handle the invasion or is it already too late? 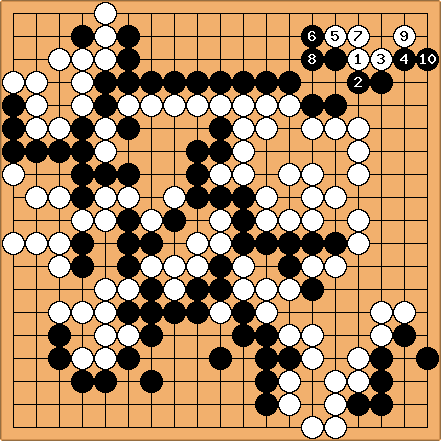 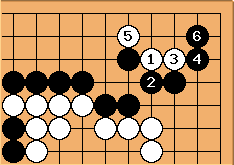 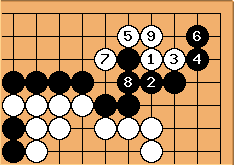 I think this is what would happen after your variation... white looks pretty live to me =( 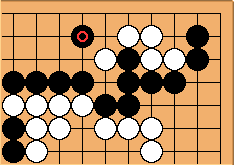 This kills white (as far as I can tell). -Jesse 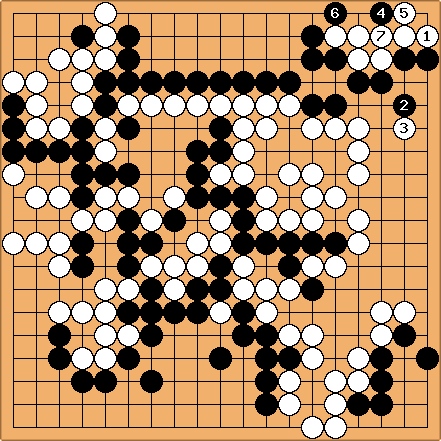 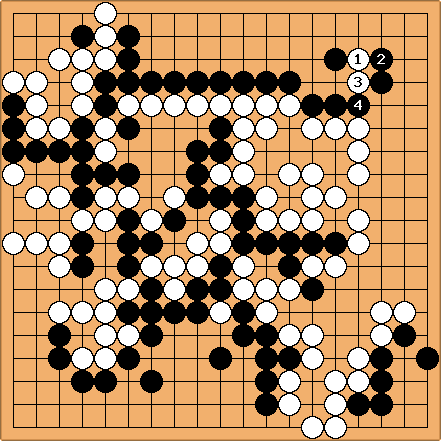 back to her stones on the right. I think this was the way to play. (Eagerly awaiting to be proven wrong) 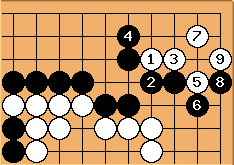 ChrisSchack: I think this is ko for life. Note, however, that White's right side is seriously damaged by this, whichever way it goes. 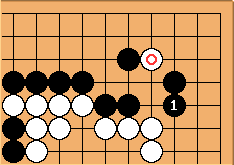 a very credible invasion. I'd be tempted to play

, and to kill White on the largest possible scale. 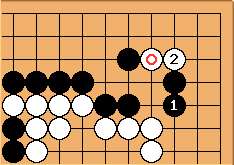 looks like a horrible overplay to me. We "lesser players" should try to find a plausible killing sequence after

. (which Charles should not provide yet, we want to have our fun first!) 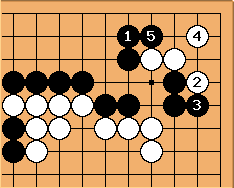 This variation seems reasonable to me. 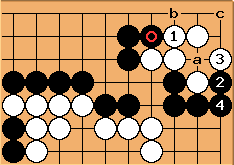 Threatens to play at

, which would make a a false eye, and reduce the eyespace too much for white to live.

After this sequence, c and b are miami (miai) to kill[1], even if white had already connected the ko. 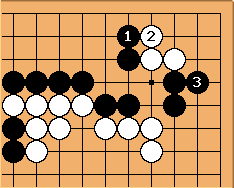 White can get at most a dead LGroup. MK

Klaus: I tried to post the same sequences, some seconds after you, so I just added my unnecessary explanations.

I hate that city! --Klaus

Life may not be a beach: perhaps go is. Charles

And typos are a vice Zook