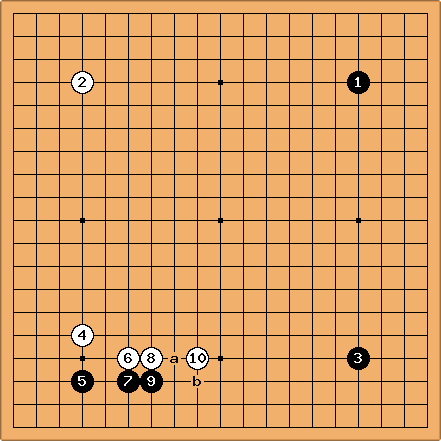 looks a little soft to me.

is good, since White cannot play

I also considered a or b for 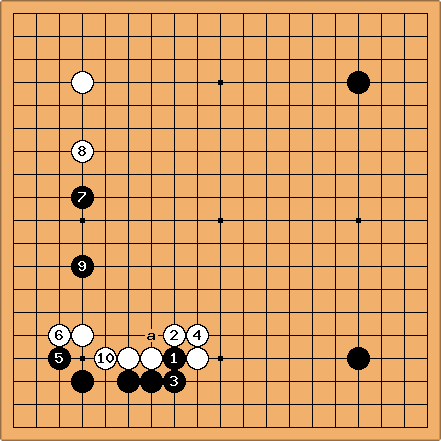 to fix a worrying weakness in my shape expecting it to be answered...

HolIgor: I think that at this moment white has to look for a variation when black would force this connection. Attacking from the other side could be an option. I think that in this situation black took a lot by securing his group in the middle.

is optimal or not, I actually think it is a strong move, because it shows that White understand what a huge difference it makes shapewise. The cut at a is worrysome for white, and the follow-up to W0 as shown in the game or even better as shown in Bill's diagrams below, is extremely big. I even think I would play it

, too. I don't think securing the top black group is that big, since

Yes I may sound repetitive, but I do think that attacking and defending is not as urgent if the stones are on the 4th row than when they are on the 3rd row. (Of course, HolIgor might well find a way to play W0 even more effectively.) 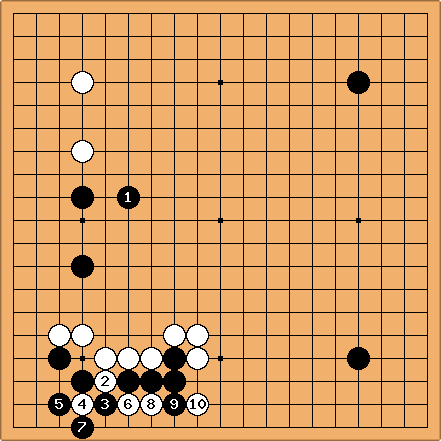 ...but when black defends his group on the side, I like this for white.

Bill: White cut on the wrong side. You should cut on the side you want your opponent to take.

All of that suggests this variation.

with better aji in the corner. 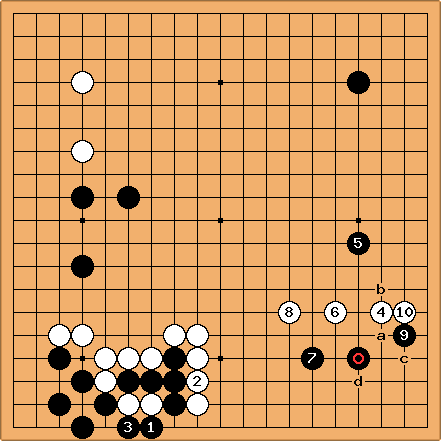 I feel like I have the initiative, but I can't really see a good way of attacking

. I think the continuation is ok, but could i have done better?

HolIgor: What about b? This seems slow yet black is left with a lot of holes.

would be better at

is lax. Better at c. You should try to put some pressure on Black.

JoelR: I look at the position after

, and I don't know what to do with the lower right. Approaching from the bottom side looks like playing too close to thickness, but if I approach from

is placed low, then Black has dealt nicely with the wall. I'd be tempted to attach at d, to wrong-foot Black, or to leave this corner alone. 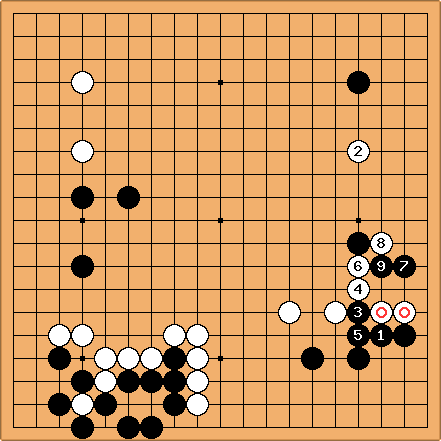 Here my memory gets a little fuzzy, but I lost the

stones (I had considered sacrificing them anyway) but allowed black to connect across the top, a bit of a disaster and the tables are turned 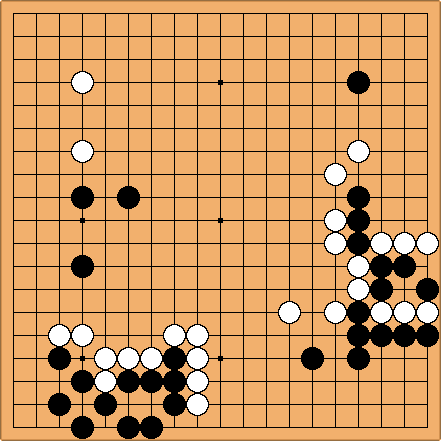 In the end I made decent use of my thickness to build in the centre and top left, but I feel that the attack on the right somehow let black take the in initiative, even though I thought I'd taken the lead early on.