Could someone please comment on this fuseki? Especially I would like to understand the the proper way for black to make use of his (thick?) wall in the lower left side. 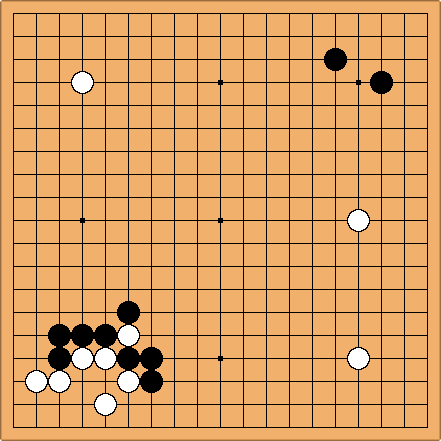 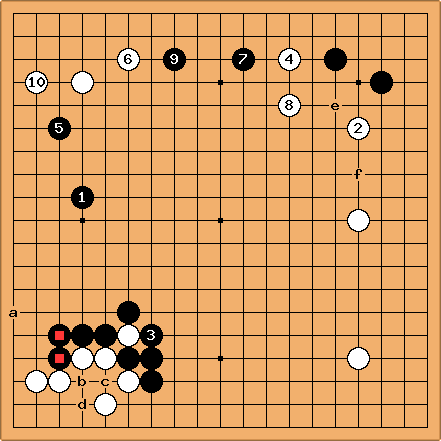 I have the following questions:

Andy Pierce: You didn't specify comments from people who actually know how to play, so here's my $0.02. :)

HolIgor: I can't see much in the way of killing white's group in the corner, so I'd a atari from below and then make the ponnuki. After that my play would be to get as many corners are possible. White can't get much from the influence now. If White defends corners I will have no choice but to build a huge moyo and hope to get some territory attacking. 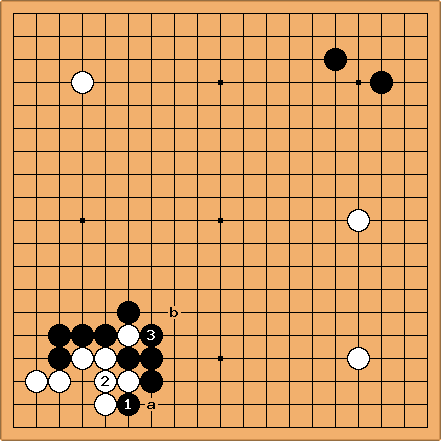 at a myself (after that, Black b captures if

), but I'm not sure if it's a neat multipurpose move or a thin move inviting disaster. 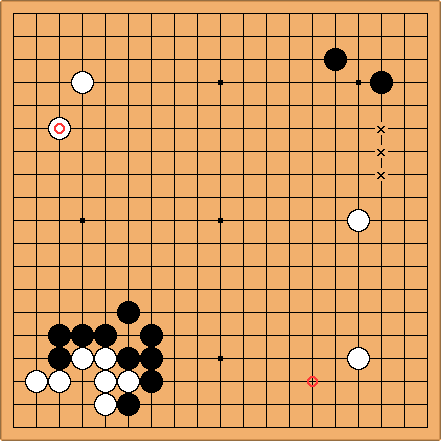 Charles HolIgor's suggestion seems the proper way to play, to me. Assume White plays to defend one of the corners. As shown,

prevents Black doing very much with the wall on the higher side; one can also argue for White at the circled point (because of the open skirt on the left side).

So, now there is a big point in the region of the x points, but the flanking extension from the wall in one or other direction from Black seems bigger. And almost sente. Black can hope to extend and then play the big point upper right: a double kakari would be welcome.

All in all, this seems playable for Black. It is hard to say that White is ahead.