Alcohol has been observed to have a negative effect on the human brain, and its ability to react to outside stimuli. Since many go clubs meet in pubs, this puts those who enjoy a drink in a quandary.

Blood alcohol content gives, dependent on blood-alcohol concentration, the following effects which may reasonably be expected to impair ones play:

While impaired concentration and reasoning (and memory) are evidently detrimental to reading, one may also speculate that a loss of inhibition may weaken the discipline needed to play at ones best. Impaired vision may also make whole board thinking harder, particularly for weaker players, while unconsciousness and death could well, depending on the rule set, lead to a loss on time.

On the other hand, a timid, submissive player might conceivably benefit from mild euphoria (from 0.3 ), if their reasoning is not seriously affected. 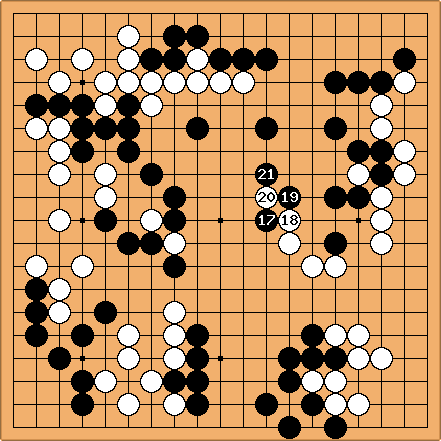 Patrick Traill: I have the frustrating impression that at age 67 my go (and other reasoning) is affected much more immediately, severely and for longer by alcohol then when I was younger. It may, however, be that my problems have been exacerbated by a period of about 25 years in which I barely played or even thought much about go (see also: Rust) and in which rankings may conceivably have deflated. Have others had comparable experiences?