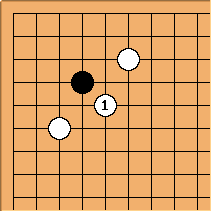 It is rare for Black to play elsewhere in response to the 4-4 point double low approach, and allow

to shut in the 4-4 point stone, because White gets superb influence while Black can only make small life in the corner. 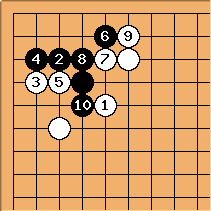 at the 3-3 point is the canonical joseki typically given in Go textbooks. 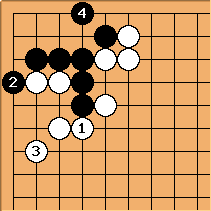 is painful, but is necessary for life. See joseki-related life-and-death example 4 for more discussion on the life-and-death issues surrounding this position. 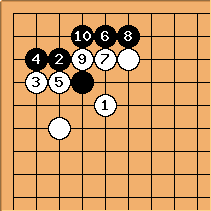 Typically Black will not play at

to cut in sente. 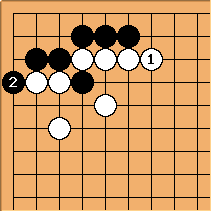 , White can play elsewhere. In this variation, it is generally recognized that White is very thick, unlike the canonical joseki where White has cutting points. 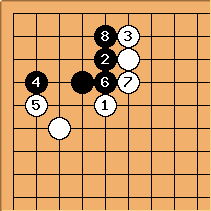 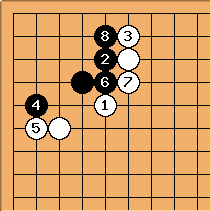 This sequence is found in Gobase. It appears that the

exchange is not absolutely necessary. 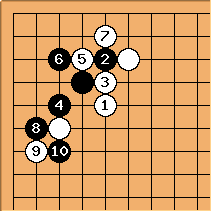 here leads to an exchange. 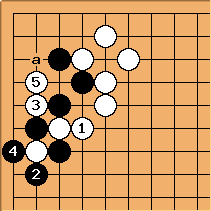 Later, Black can regain part of the corner by playing at a. 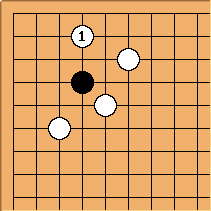 There are a few instances where Black chooses not to make life in the corner. In such cases,

can turn the whole corner into White's territory.