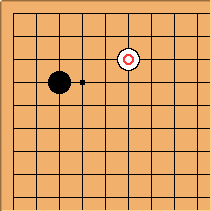 It is possible for Black to ignore

here. This position may also occur as a 6-3 point joseki. 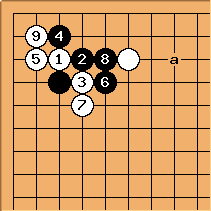 In practice this sequence appears, in pro games, which is the same as if there were a black pincer stone at a (3-4 point distant low approach) and the usual variation. At this point some deviation should occur. 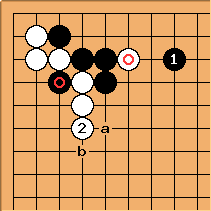 These are pro plays:

See also 3-6 point pincers for some ideas that are rarer, in pro games anyway. 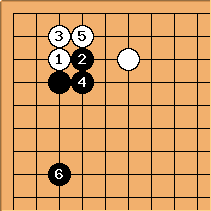 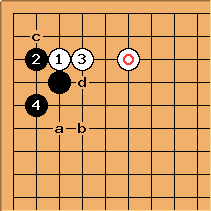 It is also possible to hane at

. The resultant position is somewhat low for Black.

is good for eye shape.

may also be played lightly at a or b, with a possibility for entering the corner at c later. It is not advisable for

to enter the corner at c without additional support.

may also play higher at d, which may lead to a gote variation or a fighting variation.