When Not to Connect Against a Peep

This page deals with exceptions to the proverb, Even a moron connects against a peep.

Here are some exceptions from professional games. 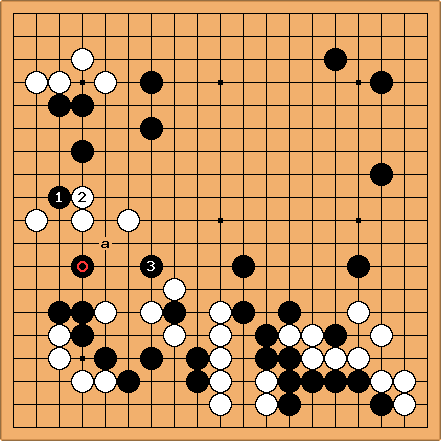 was to forestall a Black peep at a before

and connects his own stones. 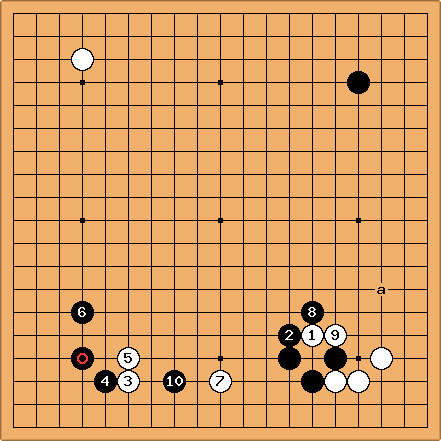 is not joseki, but it works with

Perhaps influenced by the fact that there was no komi, Go Seigen played

from the "wrong" side.[1] Doing so forestalls a Black moyo on the bottom.

In the brief commentary, Go Seigen did not like

Takagawa started a fight. Perhaps he had played

in mind, to make use of his wall. 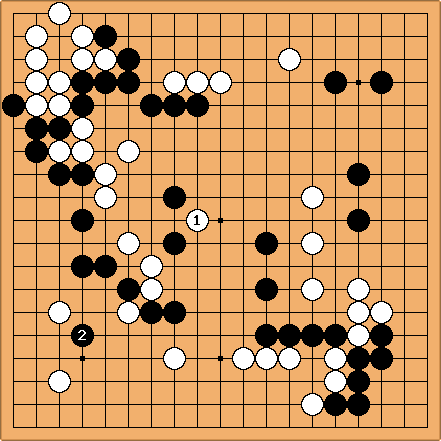 Fujisawa did not immediately reply to the peep,

, but made an incursion into White's moyo, starting with 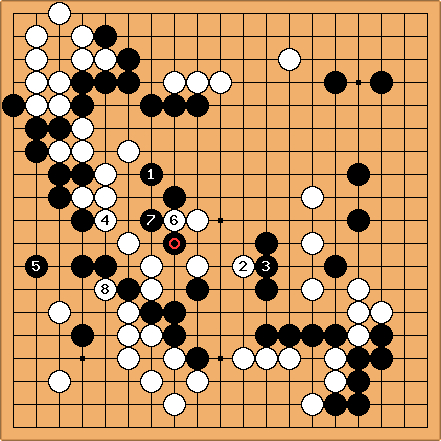 Later, when he did reply, Fujisawa played

, which connects to the stones above and threatens

. White does not immediately cut off the

stone, but sets up a miai.

See Approach on the Open Side.

When Not to Connect Against a Peep last edited by Dieter on October 24, 2008 - 15:12
RecentChanges · StartingPoints · About
Edit page ·Search · Related · Page info · Latest diff