The two point jump is often made with the intention of sacrificing a stone. 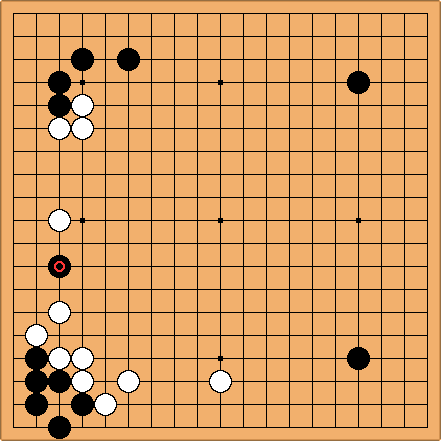 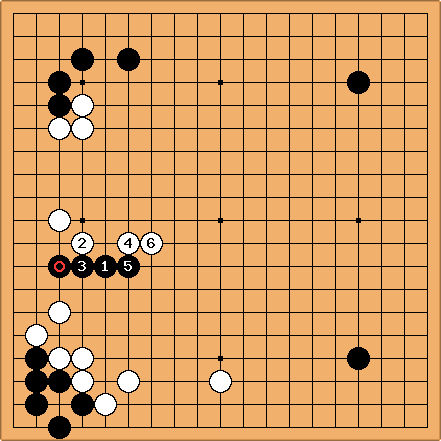 , a one point jump is the basic move for defence. However, in this position it may be too heavy. White exchanges

and stays ahead of Black's stones with

, while these face white thickness below. 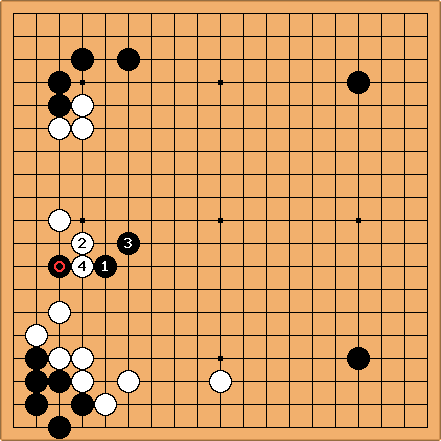 in the previous diagram: White not only cuts off a stone, but more importantly 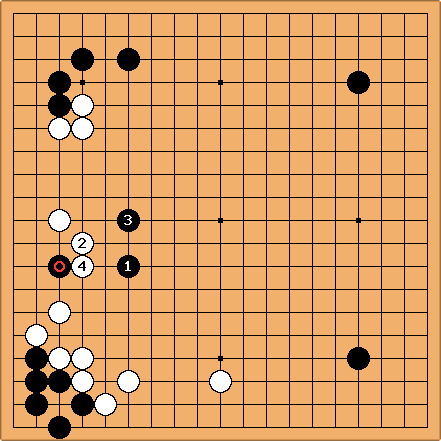 lightly and suffice with reducing the size of White's framework. It is more difficult to attack this structure on a large scale. If White cuts off with

, the black stones are unharmed. 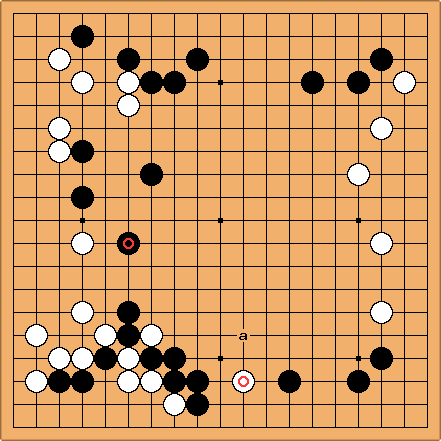 This is from a game Lee Changho (white) vs Rin Kaiho, played on 27th January 1992. Black has just played

, and white wants to prevent black from capturing

on a large scale. Moving out with a would be too heavy. 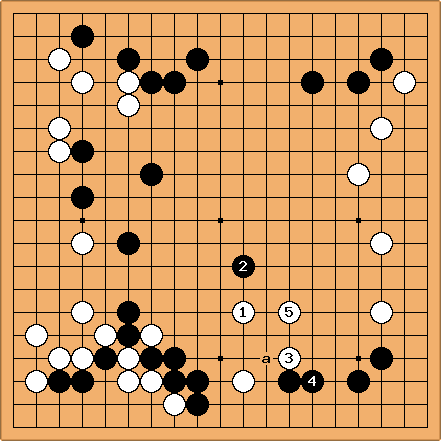 This is the continuation. Later in the game black plays at a and captures

are able to connect to safety, so white's aim is achieved. 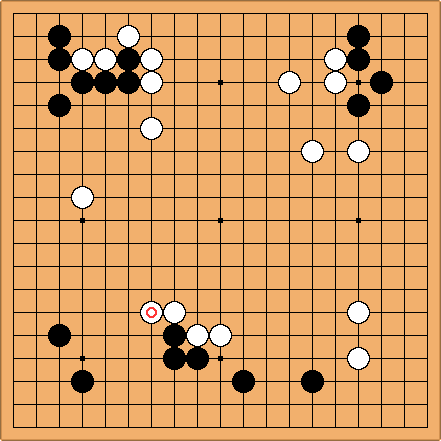 , and black needs to do something about white's central framework. 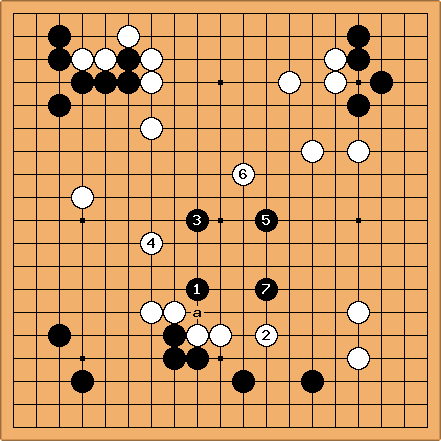 aims at the cutting point in white's shape. Playing

at a would lack fighting spirit, so white attacks on a large scale with

. Black makes a light and flexible shape. Later in the game

are captured, but white only gets a small territory in the centre, and black wins the game.

The complete game record can be viewed at 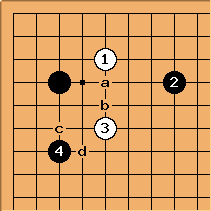 Here we see the two point jump at work again. Black's most common response to

here, although any of a through d can be played (see 3-4 point low approach two-space high pincer two space jump). White should not be afraid of black cutting through the two point jump: 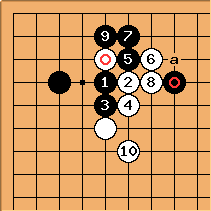 is bad style, sometimes described as vulgar. White is happy to sacrifice

, in exchange for hurting

is the simplest way to play, but

at a or at 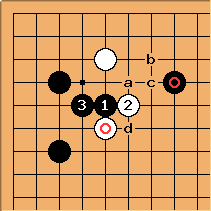 This is a better way to cut. White will probably continue at one of a, b or c, and black aims to play d soon. Again there is the possibility of an exchange (both

might end up captured), but this time with a result that is fair to both sides.