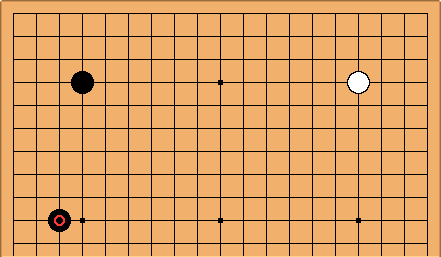 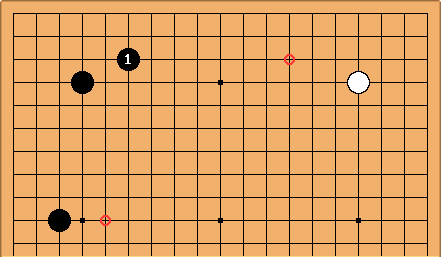 The popular move next for Black is

. In answer White usually takes steps to limit Black's framework, for example at the marked points. Even though

isn't a rapidly developing play, it is quite urgent for White to pay attention to this area. 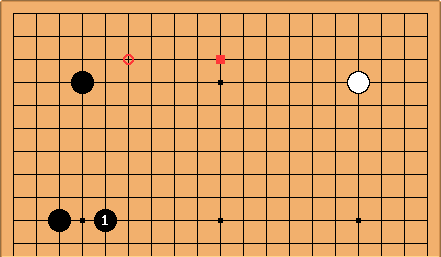 has been seen in recent years: it indicates that the original third line play

was made in connection with the lower left corner, and that the left side is still important. The circle-marked point is now one vital point for both sides. White may also choose the square-marked point.

In these examples Black avoids trying for a double-wing formation based on 4-4: 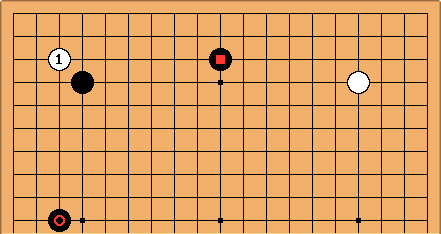 It is considered that playing 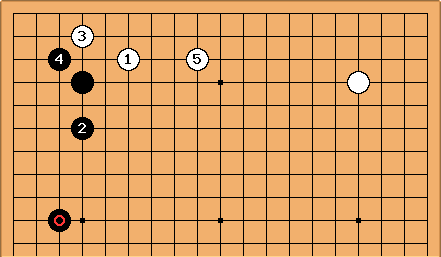 Assuming White to play, this is the widest path sequence: effectively this is a joseki. That does assume that

is a strong stone. 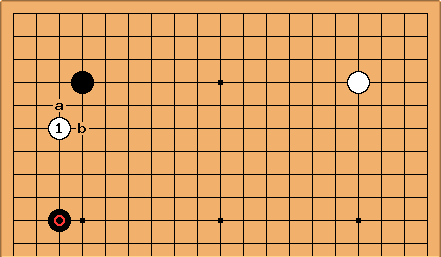 is only appropriate when

can become weak. That is, exactly when the exchange Black a- White b will cause Black trouble. Otherwise White would get a heavy group here, without much compensation.

See Two stars side - pattern 2 for the case in which

is on the fourth line.