Side pattern - K versus pT

This is a pattern mentioned at Shin fuseki, as representing one of the classical ideas. 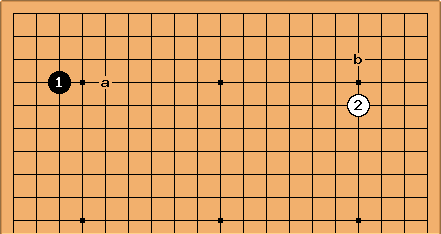 These plays could be

in the old days would have been to make Black's task harder.

Black now can't claim an obvious plan for this side. Black at a is an enclosure for playing on the large scale. Black at b will be met by some joseki of White's choice. 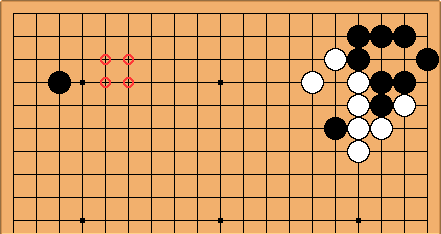 If for example Black does approach immediately at b, and we assume this joseki result, Black will emerge with sente.

A black play to make an enclosure at one of the marked points seems to some extent already negated by White's influence. 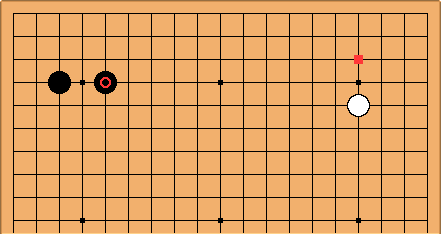 first, White's enclosure at the square-marked point is a big point.

It doesn't however feel very urgent. A black play there doesn't co-ordinate well with 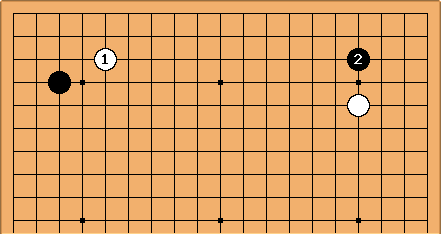 is in the traditional style, placing high value on the corners. 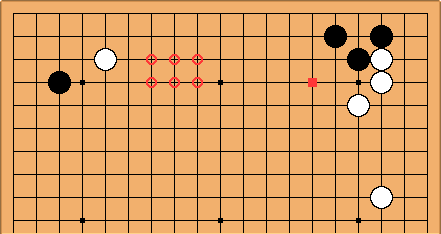 Now it is a black pincer at one of the circle-marked points that seems poorly co-ordinated. That's because Black is low to the right. Possession of the square-marked point now seems very important. The two marked areas are like miai. 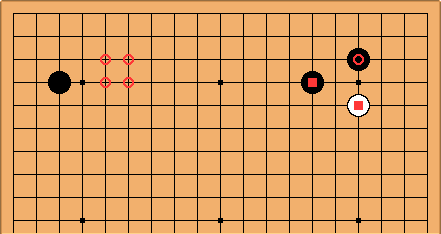 Black can get a good result on this side, given both

is to keep an eye on the

point. This indirectly makes it easier for White in relation to the area of the circled points.