One of the three-space extension invasions is a shoulder hit on the lower stone of a mixed-height extension. 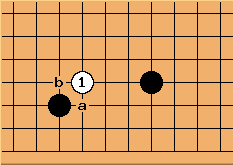 is one of the more common moves against a mixed three space extension, Black a, b or tenuki is to be expected.

In practice it is played as ladder breaker, actual or preemptive, as reduction, as focal play in the context of larger frameworks, as a forcing exchange to strengthen a weak group on the outside, or in a fashion similar to a leaning attack. 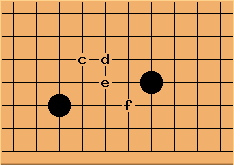 If intended as a reduction White moves at c or d, which are commonly answered at e and f, respectively, are more often seen than the shoulder hit. 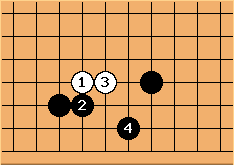 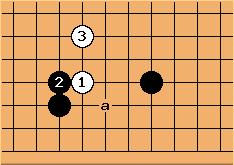 Slarty: on an open board, Black can probably be pleased to answer

. It's then not possible to separate the black stones without acquiring a heavy shape. Not sure if there is a SL page for normal shoulder hit side josekis.

tapir: Well. This is practically never played on open boards, hence midgame. If separating is the main intention I wouldn't start with

, which offers Black options to connect. In this variation if Black does not connect, White has an option to separate, that does not need belittling. White at a later does not look like bad shape to me. (Transposition of a midgame joseki when Black invades White, afaik.) Finally, SL coverage of midgame joseki is pretty bad. Reduction techniques was a good start for reductions, but the individual pages are lacking content.

Slarty: It's true if 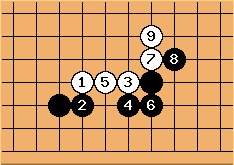 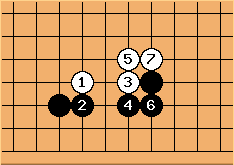 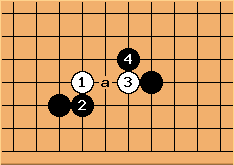 might be necessary, which allows White to break in after e.g. 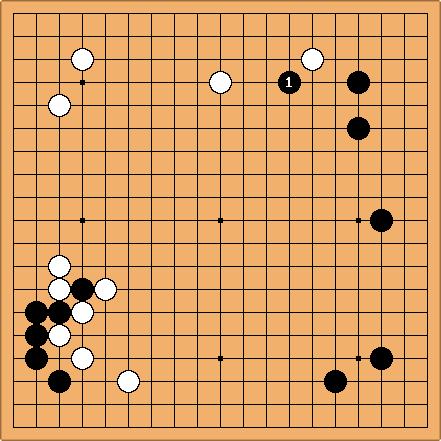 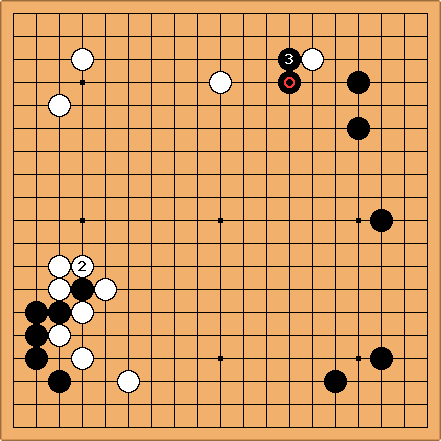 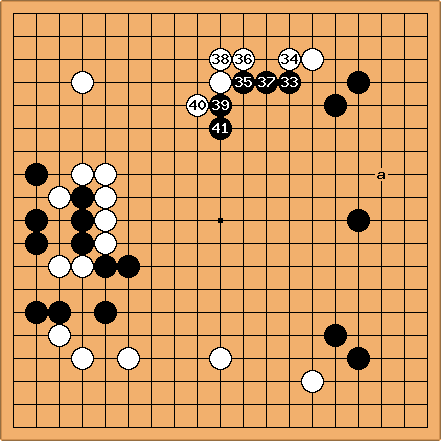 This framework building was followed by an invasion at a. 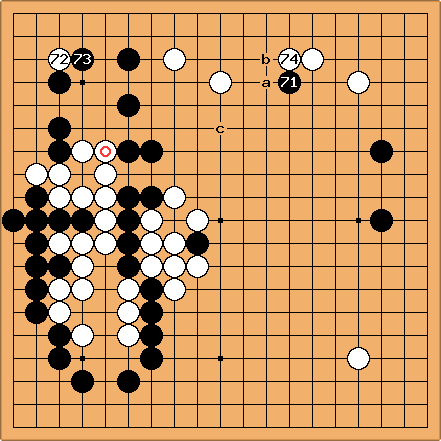 While it is a reduction at this point, when Black returns later to a White does not answer and it turns into an invasion only after Black b followed by White c. The invasion is sacrificed in the course of fighting for the White center group.