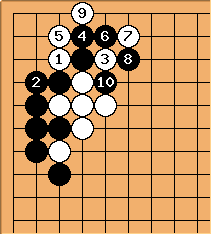 Charles So I see this ladder ... 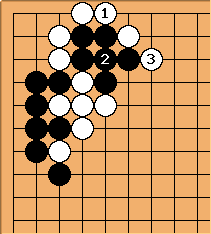 ... and if the ladder (actually, either one of parallel ladders) is good for White, White might have no problems here. The net might be a strange ko.[1] 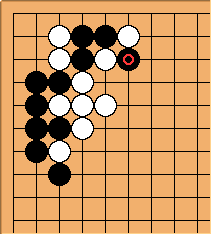 Backtrack to here, which is the first chance for White to vary. 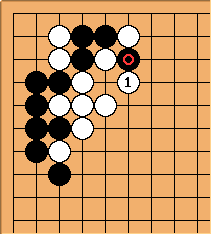 looks good because the capture now for Black causes shortage of liberties. But if Black answers by extending from 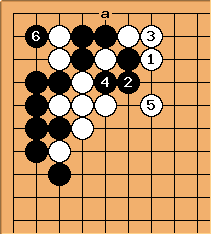 unkx80: Takes some reading to see this.

is neccessary to prevent a. After this, White can play elsewhere.

Charles Yes, I thought of

just after I went out shopping.

HolIgor: When I set this problem I has this solution in mind. The discussion that followed was interesting, so I will wait for the final words before making the solution page.

HolIgor: Wow, quite a heavyweight discussion.

I played the variation leading to ko and consider it wrong. Yet, for the benefit of beginners I will explain what I wanted to achieve. 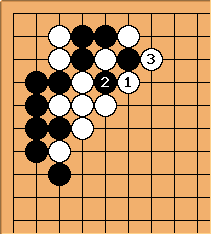 After clearing up the captured stones 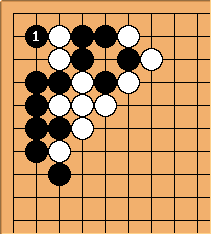 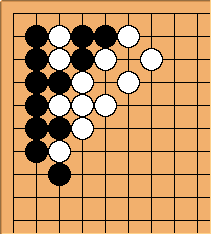 The final white's shape is excellent. It is thick, the eyes are almost there and white kept sente.

HolIgor: What happened in the game was, however a ko 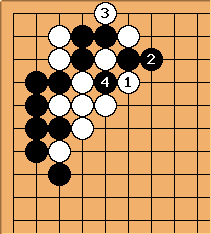 . White had to play elsewhere and black filled the ko producing the following position 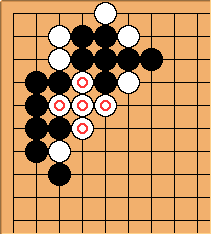 This was not too bad for White either because there is a great piece of advice that ugly shapes have to be sacrificed; and the shape of the 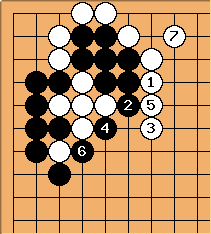 Bill: As long as we're willing to sacrifice the ugly stones, this doesn't look so bad.