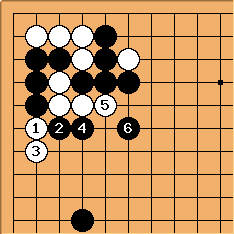 wrap a net around the white stones. Her two liberties fall short to Black's three. 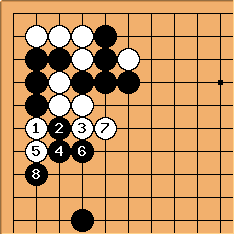 This way is also not possible.

Of course here Black has a ladder (even parallel ladders) to capture White's stones; but there is no need to use a ladder. 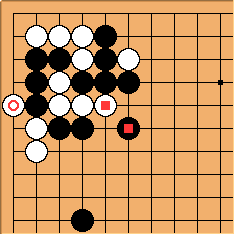 Still, there is something of an aji problem left with the net capture:

One should understand, though, that the

without some good reason. 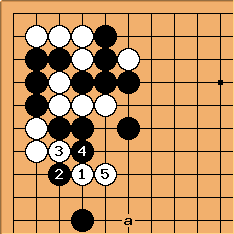 Another point to notice is that

here is annoying for Black, if the centre becomes important and White tries

is probably a mistake. Black should attack from a distance, at a. 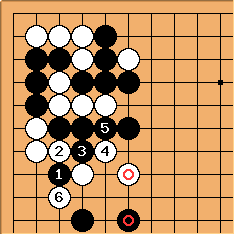 Charles Even after the

exchange the net capture has tactical consequences, such as 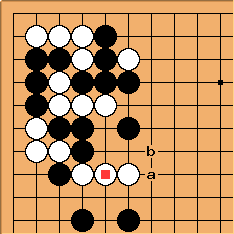 is vulgar, though. White at 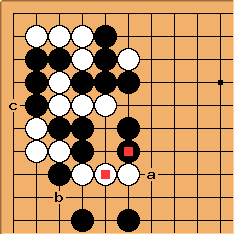 can create miai at a and b. It seems that good style here might lead one astray. White plays b, Black a: White still aims at c. 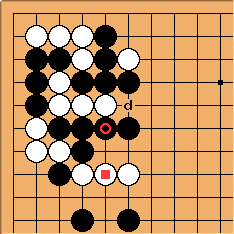 Unless Black can really kill White on the side, answering at

(or d) to prevent White's connection under might be correct.

Dieter: Charles, in all the above variations, Black cuts through the keima in the vicinity of aji. I think that is a mistake.

Charles It's all under the hypothesis that Black is interested in sealing off the centre. I mean, this is a discussion to see the other side of the 'prefer the net to the ladder' argument. The aji is there because Black didn't want the ladder aji, instead. 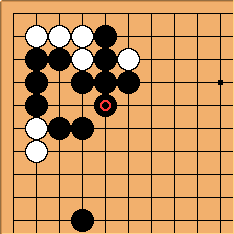 I think it is meaningful to say, after all those variations, that this position for Black after

(ladder capture) is much thicker. Black has paid for this, because White will have played a ladder-breaker. But in a concrete position, wouldn't this be an interesting discussion? Dieter: I didn't say it isn't interesting. I don't really consider the ladder. It is true the net leaves aji too but then ... 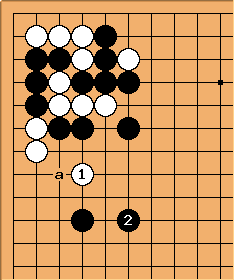 she is saving two lost stones and playing close to thickness. I don't say

is mandatory but surely there is no reason for Black to start playing close to his strength too, let White use her aji and make sabaki by cutting at a. So I think that all the diagrams involving the cut through the keima just show how not to play, which is valuable as well. It shows the aji, for sure but it doesn't show for Black how to play.

Charles The taisha example at net versus ladder is clearer; but here the extra thickness from the ladder capture seems to be more.