The longest professional game was played on 23 August 2021, between Taiwanese professionals Yang Zixuan 4p and Zhang Kaixin 6p, in the second round of the losers' section of the 7th Taiwan Female Strongest tournament.

Yang Zixuan played Black and won by 3.5 points. The game lasted 431 moves, including six dame. It was pointed out that "the players could have made it 6 moves longer as both sides had one more ko threat (B13 and E18) left unused."

According to the SGF, it was played under Japanese rules with 6.5 komi.

The record was previously held by Yamabe Toshiro's

The game can be viewed

on L19 (where it can also be discussed) and

on OGS, with an AI win percentage graph and an estimated score graph, where it can be reviewed with server tools (such as a score estimator).

A commentable version is

on GoKibitz. The original commentary is at an SDK level.

The most primary source of information seems to be a

Japanese tweet from the day, containing a description and photos.

The photos are inlined at the bottom of the article.

Yang Zixuan is shown on the right in all three images. 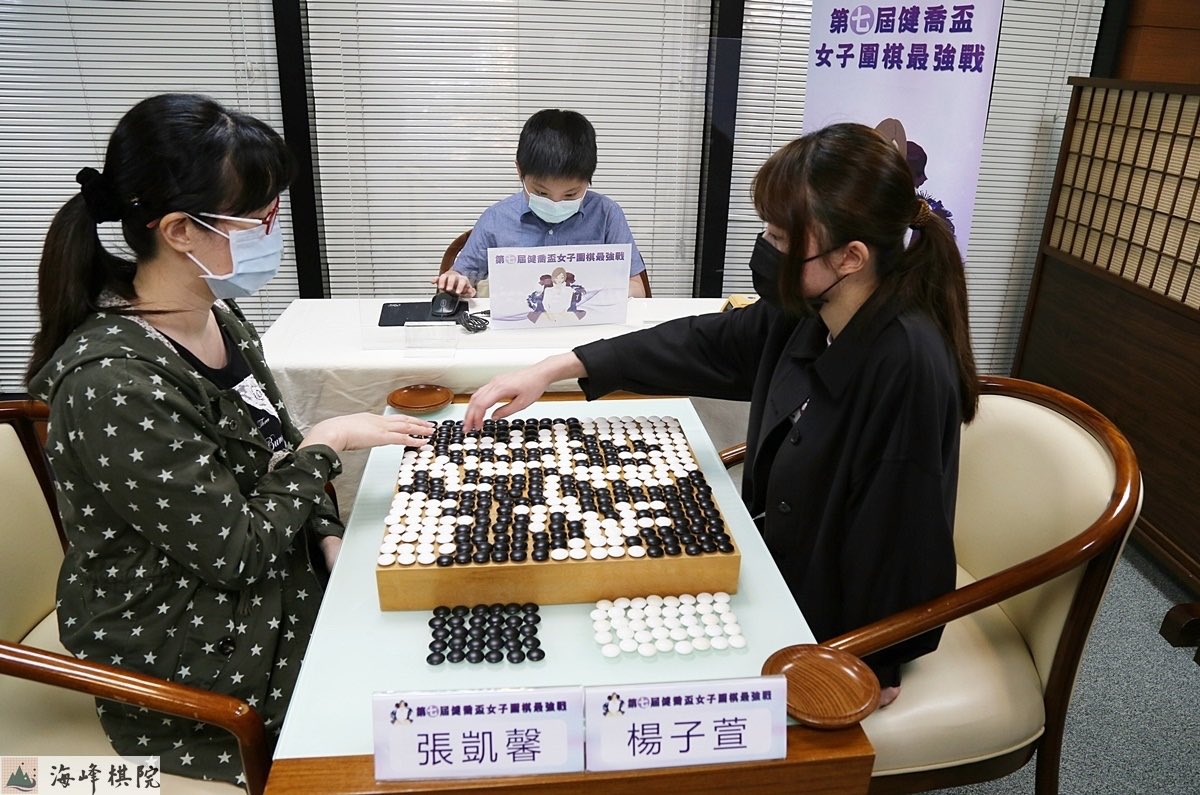 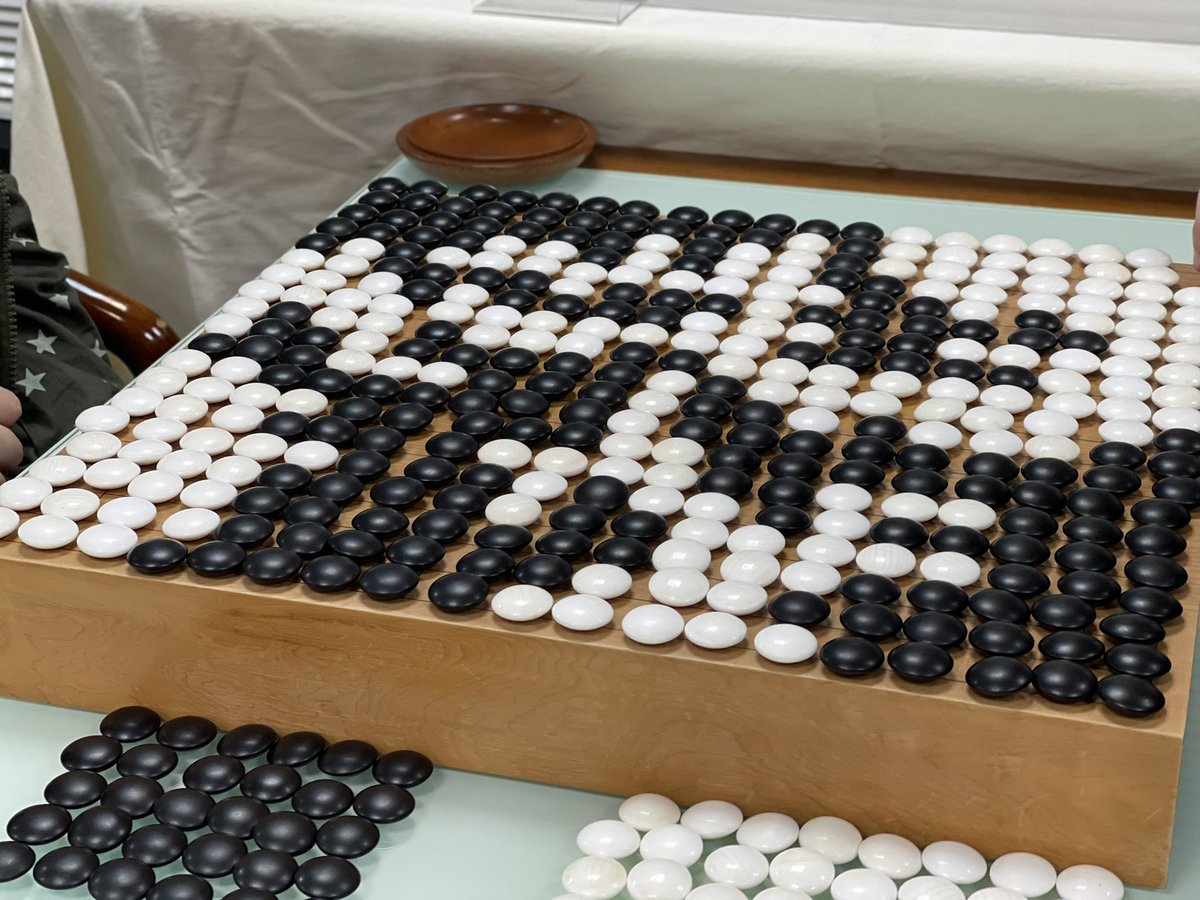 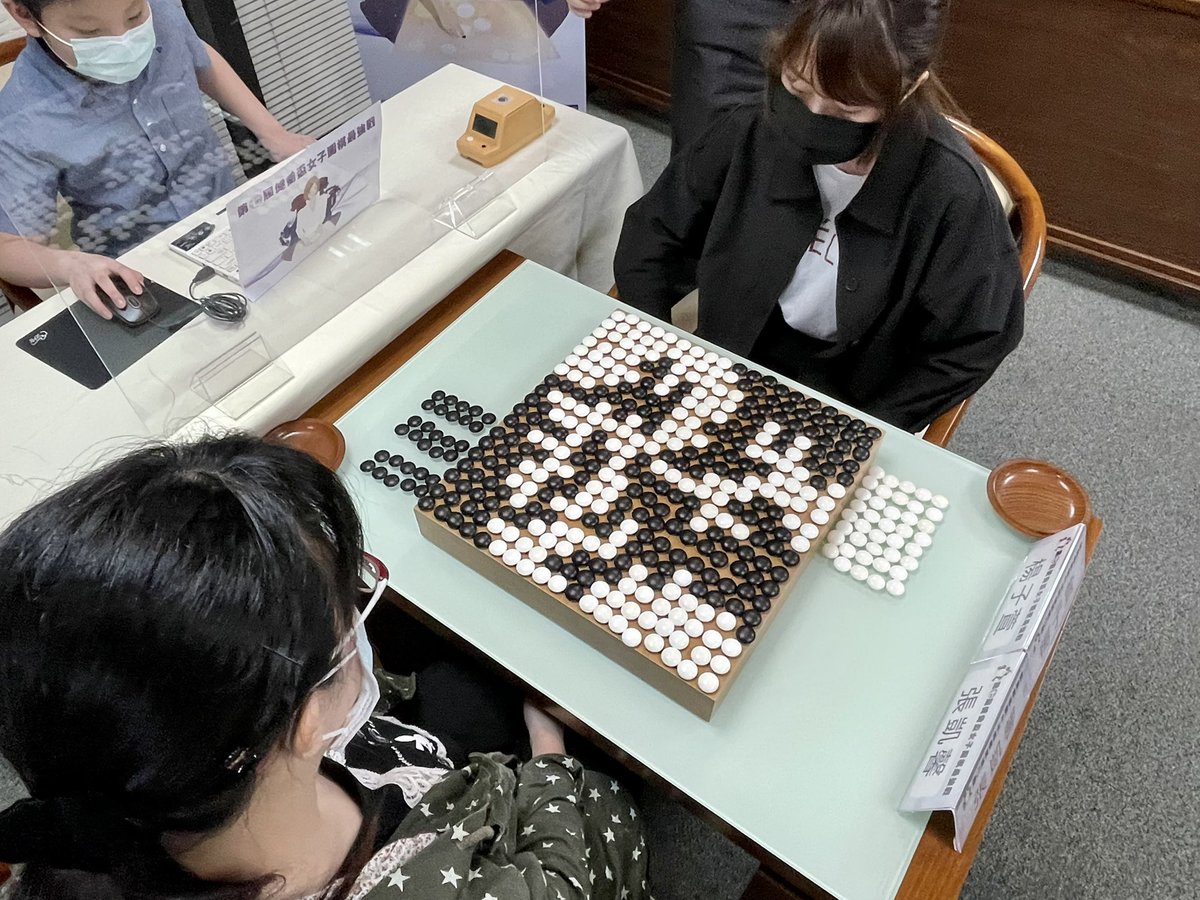