information) who lived in France since the sixties. He taught many players and was a key figure in developing Go in France. (See the History of Go in France 1965 - 2007). He died in September 2016.

From December 2009 onwards, Maître Lim (as he is known in France) occasionally played on KGS, using the account

Maître Lim was particularly interested in opening theory. He made many interesting critiques of common pro fusekis. Here's a simple example of a "pseudo joseki" as he would call it: 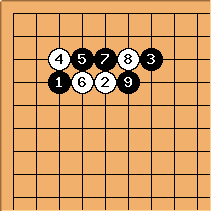 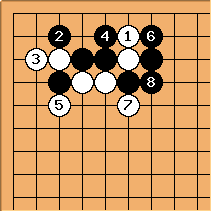 Depending on a ladder, White can play 5 at 6. See any standard joseki book for continuations: it can get a bit complicated.

What one doesn't see in joseki books is the following variation, suggested by Maitre Lim: 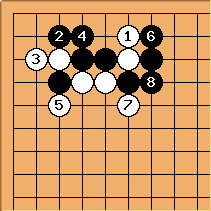 Several professional players have been asked their opinion on the question. As I (Malcolm) understand, they prefer the standard joseki. According to Lim, Farid Ben Malek asked Otake about it when he was at the Nihon Ki-in. Otake had never considered Lim's move.

Lim would encourage you to make up your own mind, and not to rely on other people... I think he has a point here. Maybe in this case it's a matter of taste. At any rate, it's good to know that this alternative exists.

The following gives Lim's take on a common family of fuseki. 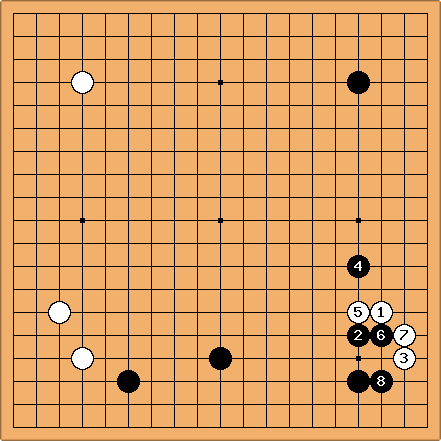 According to Lim, both 3 and 4 are mistakes. 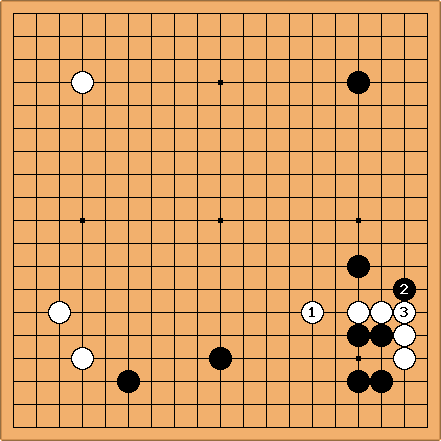 This fuseki idea is itself a variation on the following fuseki, played in a Japanese title match 50 years ago: 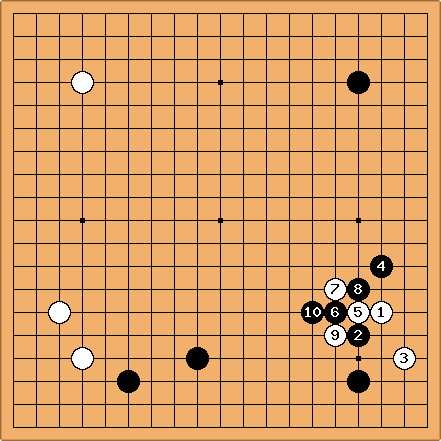 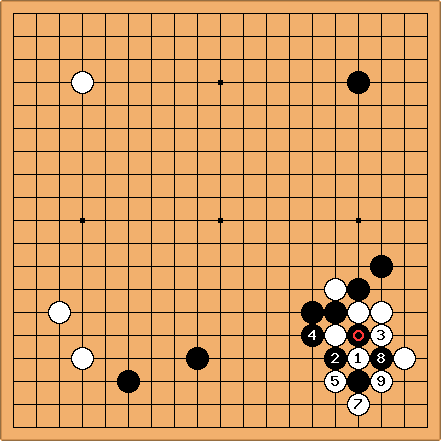 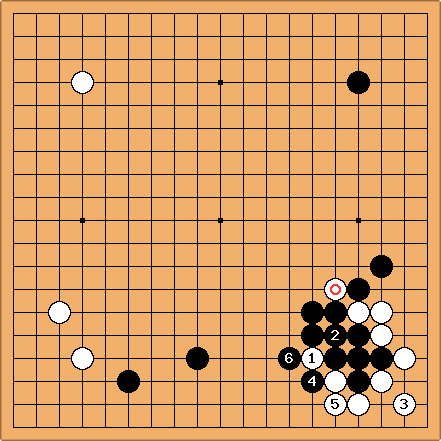 still has some life in it. Third, White has gained a good ten points in the corner."

Going back to the first diagram in this section, where 3 and 4 are said to be mistakes. Lim suggests playing differently: 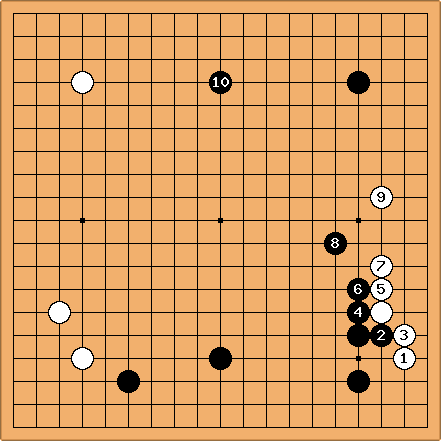 Here's what Lim said in a recent article (november 2006):

is premature. It isn't. It's an immediate punishment of

is played at a later stage, White won't answer at 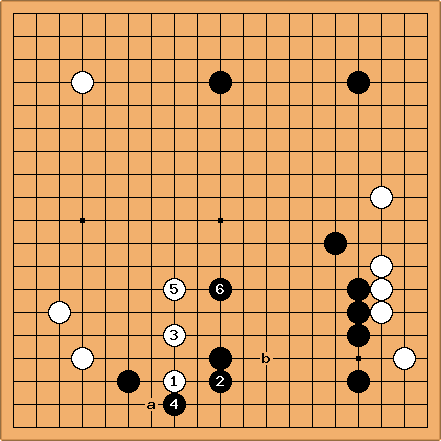 isn't an invasion, merely a large point. It's strategically unimportant. White won't be brave enough to play at 'a'. According to Kobayashi Koichi, making only one single territory isn't a good idea. The author doesn't agree. In the opening, playing six moves on the second and third line is catastrophic, unless the 'black valley' is destroyed. White will have to risk everything on an invasion at 'b'. 8 [previous diagram] will glare down at the invader."

Blitzcrank: I added 'a' in the diagram, according to the original source.

In an earlier article[1], Lim gave the following variation (he called it a supererogatory diagram for kyu players): 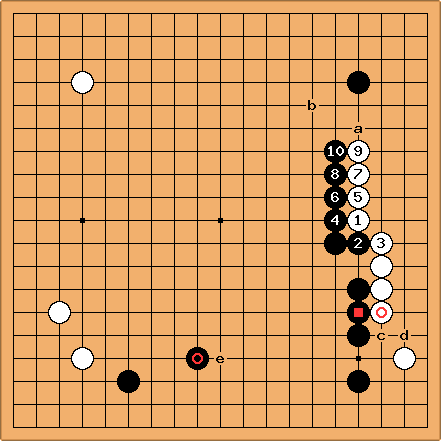 (check for yourself). White has around twenty points on the right side, while Black's moyo is a small-scale version of the Arizona grand canyon"

In this version Black omits the exchange 'c'-'d', and the stone at 'e' is now at