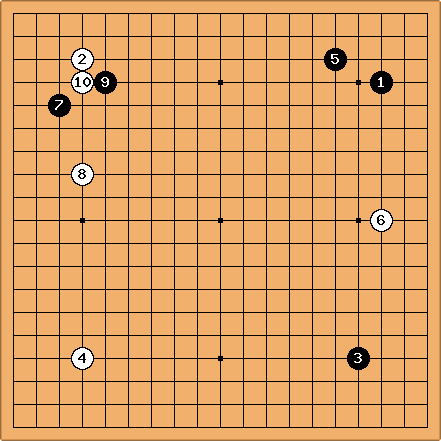 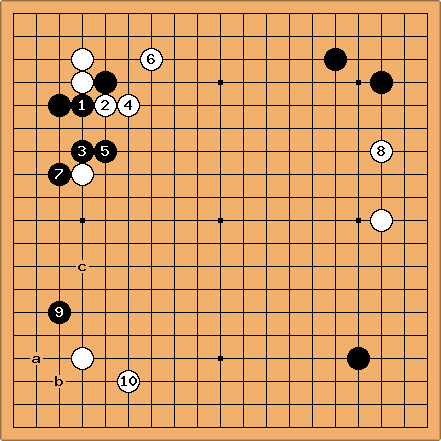 should be at a57[1]. He gives the following alternative to 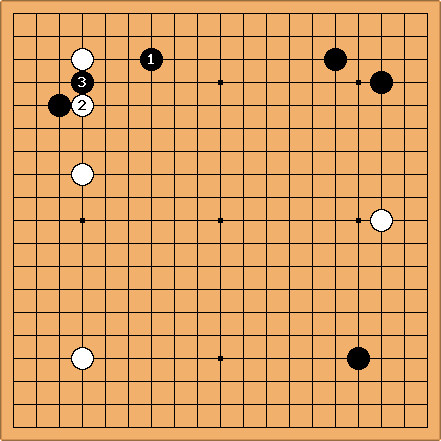 After this, White can resist, but it depends on a ladder: 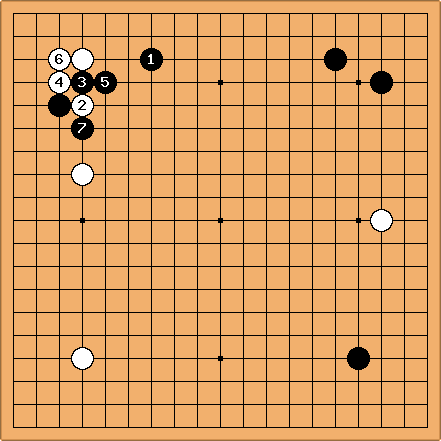 The ladder's good for Black. 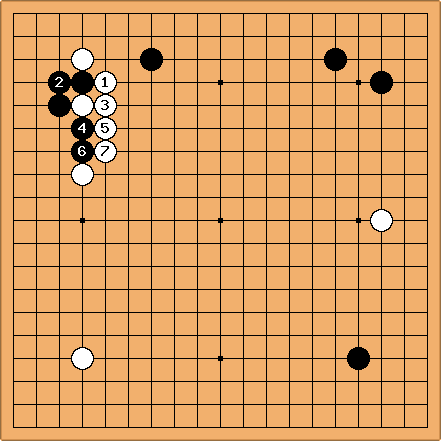 As the ladder isn't good, White has to atari on the other side at 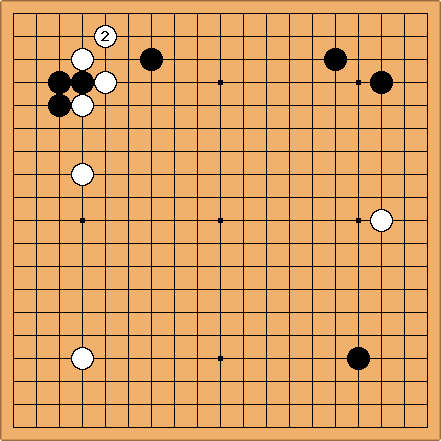 Lim did explore another set of variations, unfortunately I can't really remember now. Did it start with this?

Lim was also scathing about

, which according to elementary go theory should be on the other side ("open up new territory", "don't play close to strong stones"...) 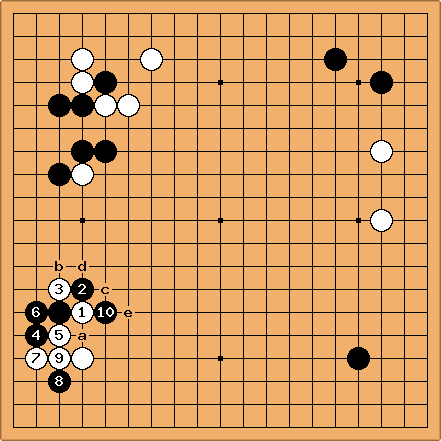 After 10, a-b-c-d-e and Black is over-concentrated.

Lim does not think much of current top pros' fusekis.

[2] White should play keima on the second line at a28. The position doesn't look good for White. (When Lim asked me the question, I could only come up with a27.)