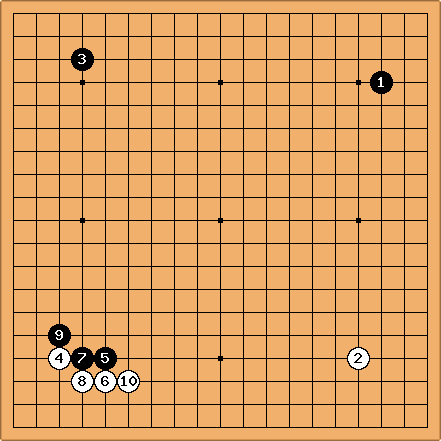 Black is Lee Sedol, White Gu Li. This is their 4th encounter and the final game in the semifinals of the 9th Samsung Cup. 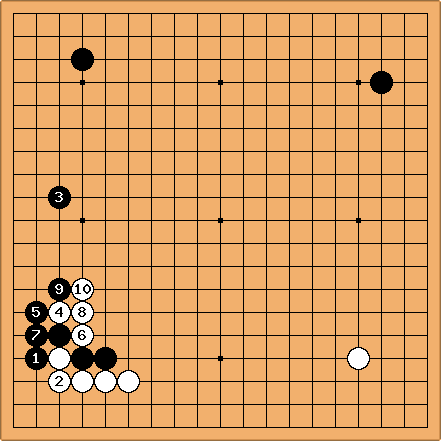 is a common technique to attack these stones so that they cannot be easily sacrificed. For example, if

immediately, then Black would sacrifice and play at

himself, which would be a smaller sacrifice than the game sequence. 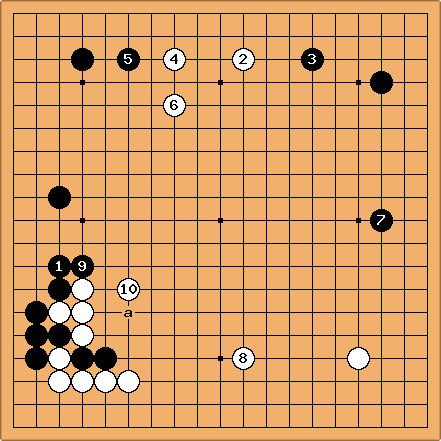 Instead of firmly capturing the cutting stones in the lower left,

splits the upper side. After a common exchange of pressure and escape,

defies the common knowledge to play at the centre of three stones (a) so there remains some aji in that shape. 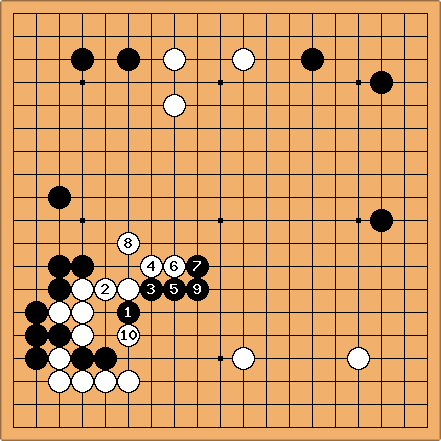 exploits the aji immediately and

needs to return and capture the cutting stones, so that the solid connection at

has made strong influence in sente. White's stones are facing less open area and the opening now seems favorable for Black. 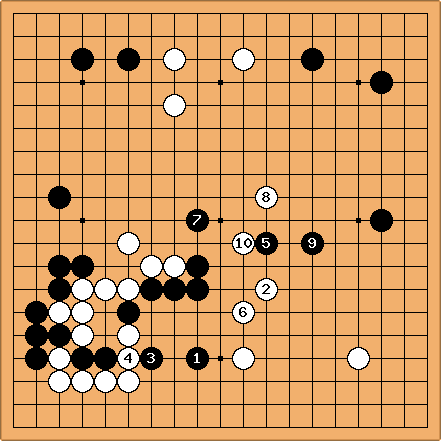 splits the lower side and

exploits the aji of the two stones once more. We can say they have done their job! On the other hand, White's left corner is very strong, so the job of splitting is more destructive of White's territory than it weakens White's groups.

tries to attack the black stones on a large scale. 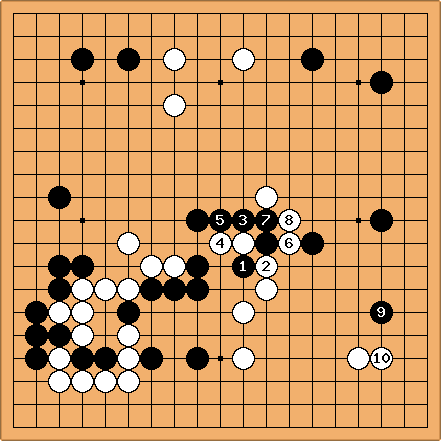 White exploits the thinness of the horse head to cut at

, after the crosscut. Black remains however unaffected and continues to disturb the balance of territory. 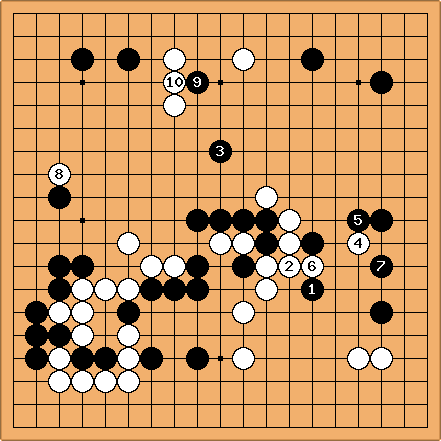 peeps and provides some support for the stones at the right, so that

can take the time and strengthen the central stones. After

Black seems to be firmly in the lead and 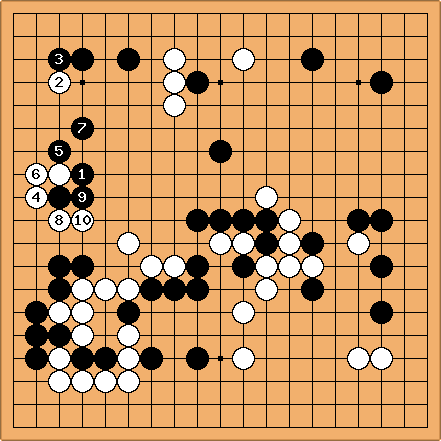 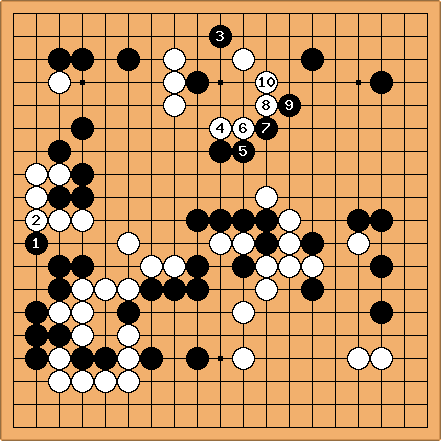 While White links up his invasion stones to his lower left group, Black uses the obtained influence to attack the upper side with

. The flow remains in Black's favor. 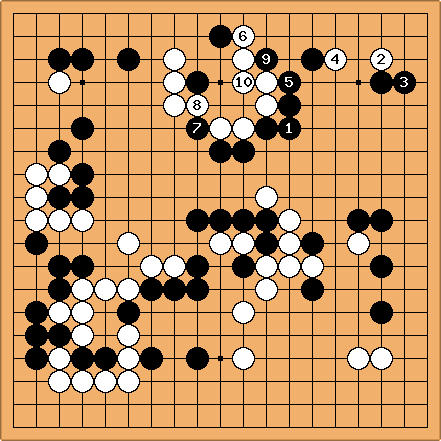 Black wraps around the white group and obtains major influence in the centre. 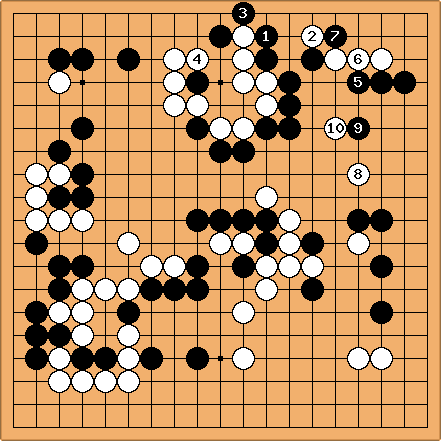 is a dual purpose move, aiming at killing the corner or connect at

. Next the game becomes complicated with