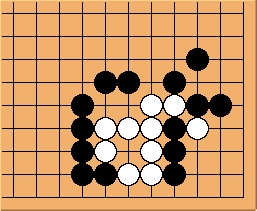 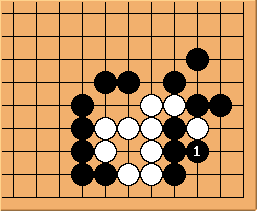 is one of them. 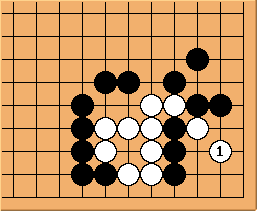 If White first, the key move is the tesuji of 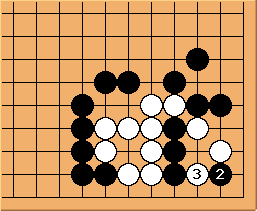 here, then the wedge at

is a common tesuji that captures the three Black stones. 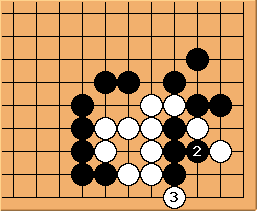 is the strongest resistance. 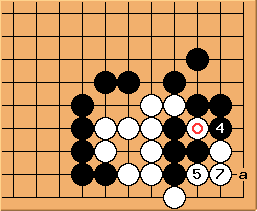 This sequence is forced. White makes Black into a dumpling shape and lives with

See BQM 374 for a discussion on whether

at a would be a better move. 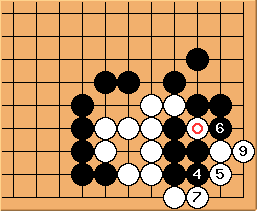 here[1], then the result is similar to the previous diagram. 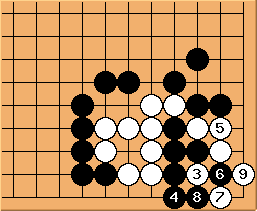 A mistake would be to play

can descend. White can at best make a two-stage ko. 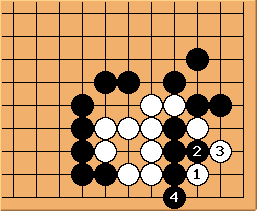 The previous diagram also explains why

should not be played as shown in this diagram. Because after

, the situation transposes to the previous diagram. 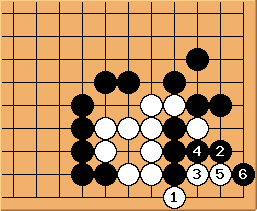 plays the hane first, then

can make a net instead of playing at

. White is unable to make an eye in the corner.

? A difference game helps us tell. Let us set up mirror positions, and then show the resulting gote positions after Black pushes before capturing, but White, in the mirror position, simply captures.

Bill: If Black kills, White does, too, for jigo. So

live, and then Black wins by 1 point.

Bill: But if White plays first, Black keeps jigo with

The difference game favors Black, so Black should push before capturing, unless the ko situation dictates otherwise. Main line 2 is normally superior for Black to main line 1.