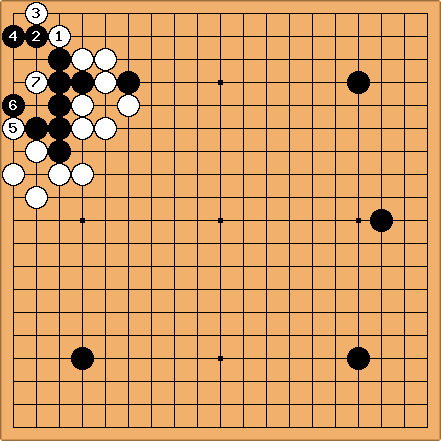 Unfortunately it looks like that, without reinforcement, White can get Black's eye down to the bulky five shape. So Black is dead if White goes first. 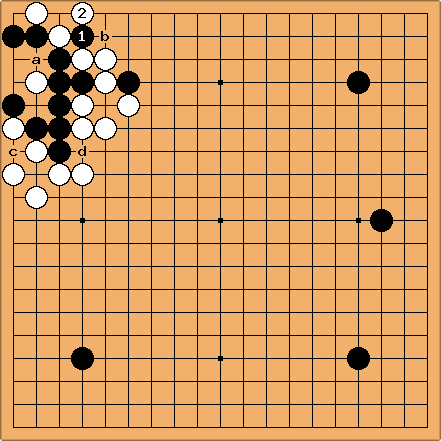 Black has four internal ko threats (a, b, c and d) here, while White has none at the moment. So she will not try to kill by this method immediately, if this is the only way. White will play very insolently in other parts of the board, accumulate some ko-threats, and then will return here. 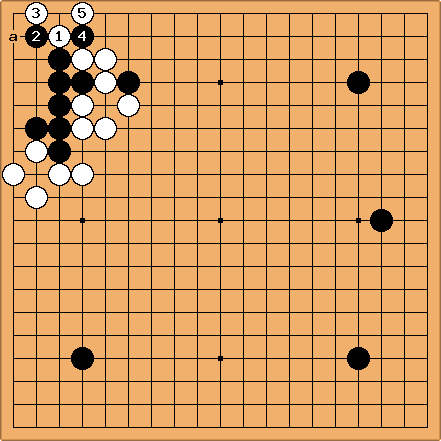 I think Black has even more internal ko threats (starting at a) by playing the ko immediately as in this diagram. On the other hand, playing the descent immediately will avoid giving White two moves somewhere, so Black might want to play defensively immediately after all. -- Andre Engels 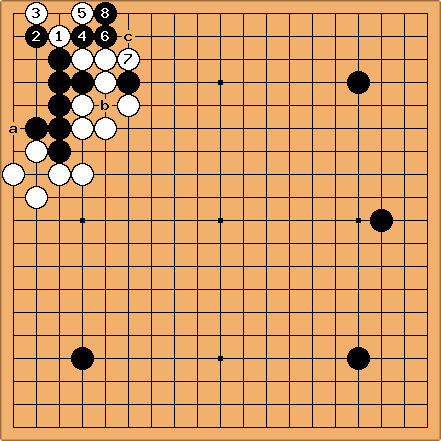 is the wrong response. Should it go

, White b, Black c? But that looks like an even worse outcome for White?

should play at c. 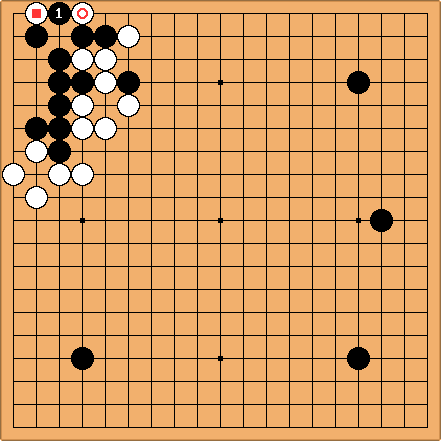 a possible eye for Black? If so, how does White stop Black getting it? Can't Black manage one more eye somewhere? I'm hopeless, but it looks to me like a reasonable number of liberties, and enough space... come to think of it, is

Bill: Jonathan's original question was about the status of Black's group in the top left corner. Black can live with one net play, while White can kill in two, if White is komaster. Otherwise, since White loses more by making and losing the ko instead of just allowing Black to live in gote, White may just make Black live small in sente. So we can say that the group is more than 2/3 alive. ;-)

Even if White could win the ko, it would be worth only around 10 points, miai counting. Since it is Black's move, he should tenuki.

Also note that if White had connected below

, she would have allowed Black to live by playing at 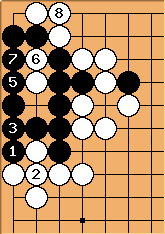 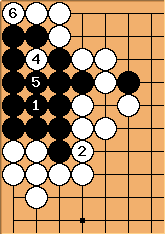 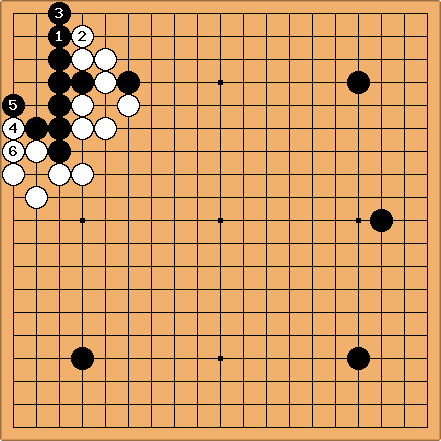 is not needed? Too small? 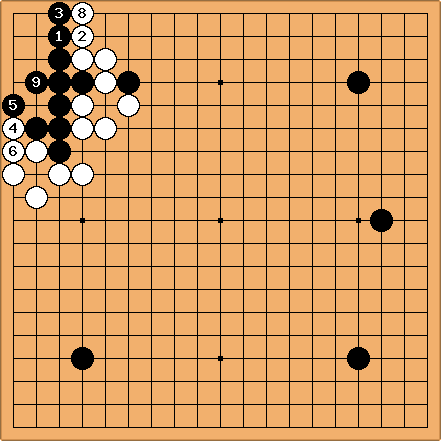 Hikaru79: I think that the diagram does not end there.

must not be ignored, or the following happens: 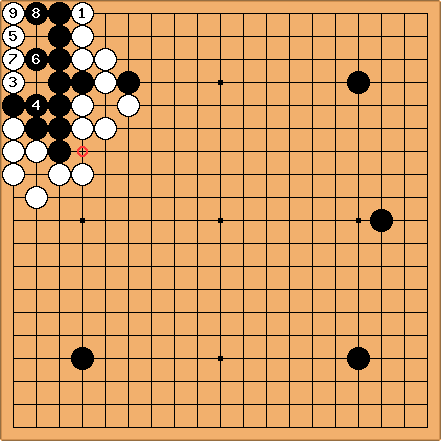 Due to blacks outside liberty, this is not a seki. Black can play atari and live unconditionally.