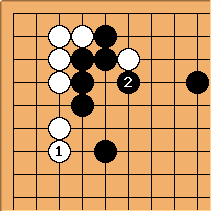 are examples of honte.

Bill Spight: I think that

is korigatachi. How about this? 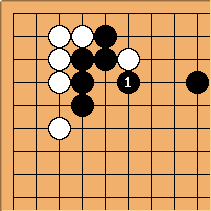 This is a good example of honte; but in the next Diagram 2 the 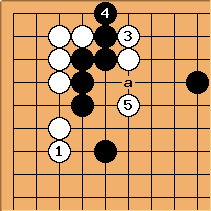 It won't be easy to catch this white group, specially with a little help from some friends. -- Holigor

Let's do tewari on the first example diagram. 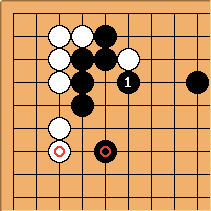 If Black is going to come back and protect at

, better not play the 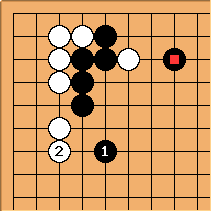 We see the exchange of

when Black has instead made the one-space pincer (

stone). Then Black does not come back to protect.

Holigor: I like this discussion. I am most interested in what happens after joseki. The interest is even bigger taking into account that I managed to kill the black wall in a way similar to Diagram 2 this week :).

Now about the move a in Diagram 2. In a game between Kobayashi Koichi and Cho Chikun in a similar situation, the following thing happened. 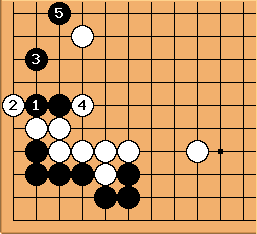 This resulted in a furious fight.

Material moved from honte by Charles Matthews; example and comments were by HolIgor.