Go Album for Pocket PC is a simple little application for organizing a collection of Go problems with which to practice your reading skills.

Organizing your collection is done by way of a hierarchy of tags. Problems may have any number of tags applied to them on which you can later perform useful searches.

If you installed the previous one and started using it, just uninstall and install the new one. Dont worry, your album of problems and any additions youve made will remain intact.

I've lost the CAB installer, but here is the original EXE:

You can flip through your problems (presented in random orientation and color); solving them and organizing them. Modifying and entering new problems is very simple. 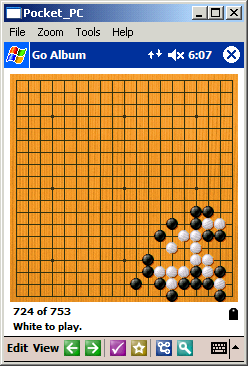 The organization features are very powerful and tagging your collection is a learning experience in itself. You are free to create your own classification system and apply multiple tags to each problem. You can then search for intersections of various sets of problems; finding ones that illustrate a concept that you want to practice.

Several tags are applied automatically while solving problems; Failed, Solved, and a measure of difficulty based on the time consumed.

The Mark and Favorite tags may be applied very quickly from the main problem solving toolbar. Marking is meant to be a temporary tag to facilitate organizing in bulk (with Tag/Untag Marked). 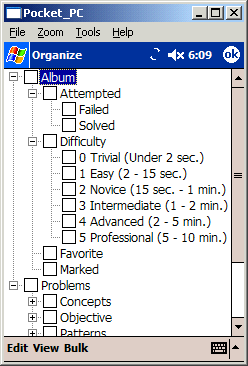 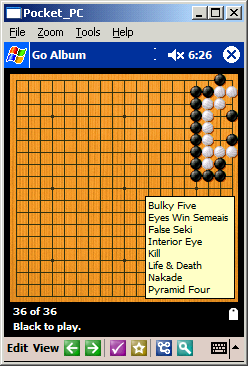 Tap the name of a tag to select it, then you may make a New child tag, Modify or Delete the tag. You can move branches of the hierarchy around with Cut/Paste.

Searching is where all your organizing efforts pay off. You can essentially do a logical AND, OR, and NOT search based on any set of tags and can do searches within searches. 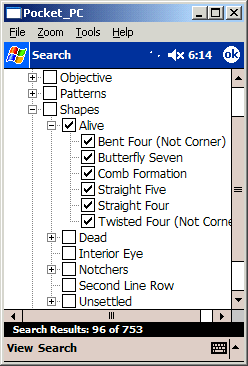 Besides manually entering problems, you can import/export SGF files. An initial set of 450 problems gleaned from SL comes with the program.

Some sources of additional problems to quickly build your album to several thousand:

Import works well with SGF collection files (multiple problems per file) and supports variations marked as the good/best/bad using common SGF properties (Good Move, Very Good Move, etc. and some strange ones like a comment of RIGHT as used by goproblems.com, or the non-standard WV[]  Wrong Variation  property used by uliGo, etc.)

Works with the new PBase addition to Go Games on Disk (127 problems and growing). Despite the .txt extension, the files within GoGoD\PBase\Collections\ are SGF. By the way, for desktop viewing, the PBase.exe is a very nice problem viewer.

I'm glad to see that lots of people are enjoying Go Album. There have been over 450 downloads! Assuming that no serious bugs are reported over the next couple of weeks, this will be the final 1.0 bits. 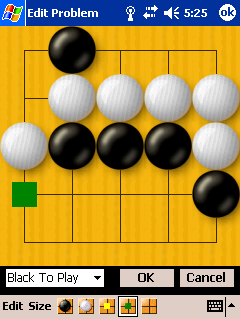 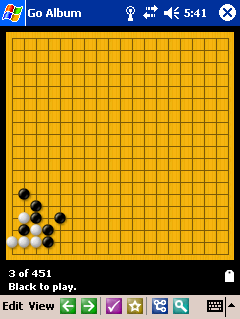 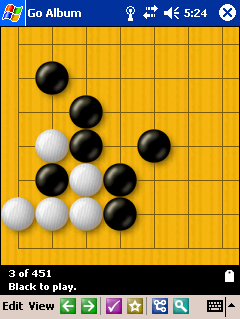 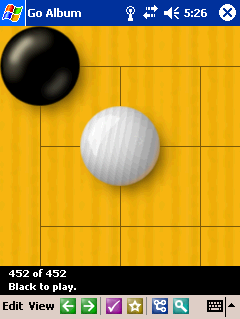 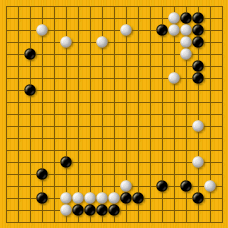 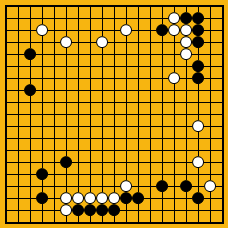