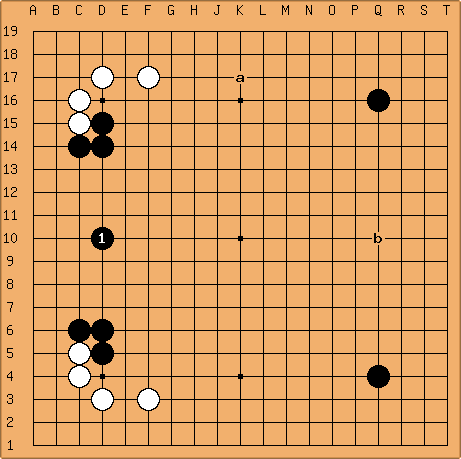 Nico: I would play Black 1 at c. It both strengthen the black upper and lower groups, making two correct extentions of 3 moku from a 2-stones wall. It also respects the symmetry of the board. If White plays there instead, this would be devastating.

A play at b also respects the symmetry but to a lesser extend, it looks less urgent.

A play at a seems to be the least urgent one. The two others look bigger.

DJ: You got them in the right order. b is worth half marks, a is worth nothing, as it is quite wrong to make such a wide extension toward a strong position as White's (a stone on the third line...)
It is interesting to note that GoSeigen, in his (IMVVHO very interesting) book AWayOfPlayForThe21STCentury, says that such a starting position is already bad for White, giving the following theoretical continuation: 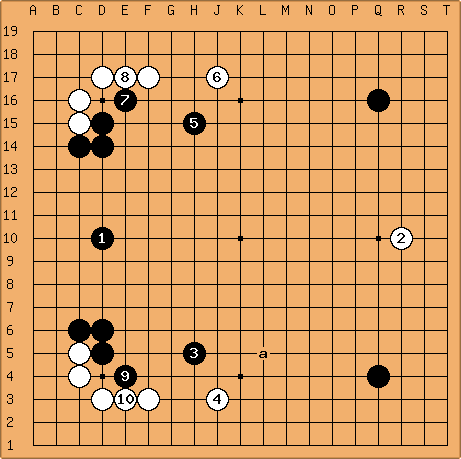 Black keeps on playing at a.
GoSeigen states that Black center is bigger than White's two sides.

Therefore he suggests White to play a high move in the LL corner as follows (supposing the starting sequence below): 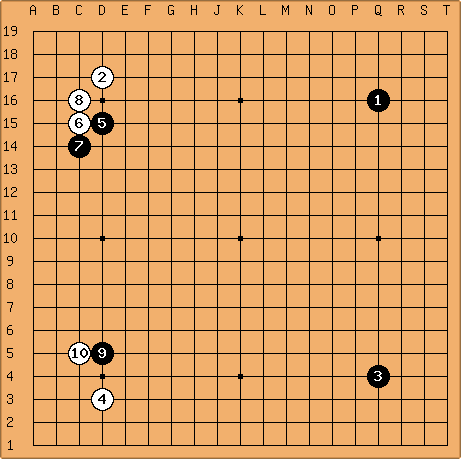 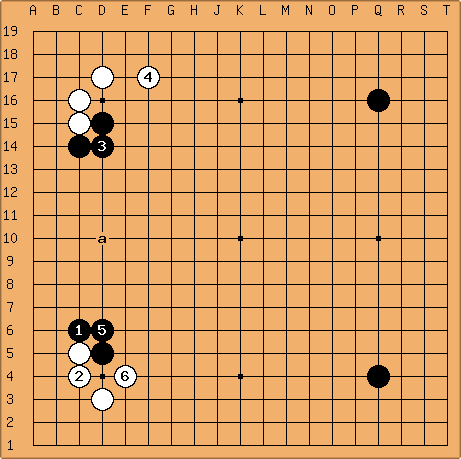 In this position GoSeigen states that Black a is not so good anymore, as White has ways to keep Black's territory on the LS small. It takes him a few diagrams to explain it, though...

Bill: Rui NaiWei said that, although it was great to study with Go Seigen, he often changed his mind. It seems that he did so here. 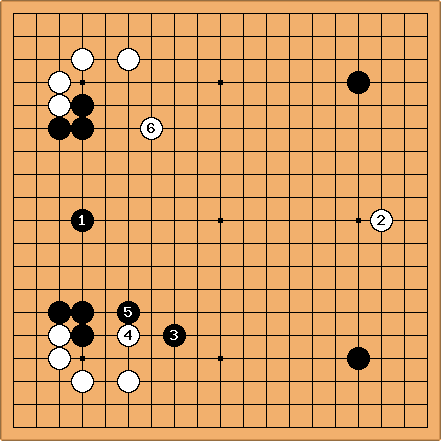 Why not b? It would be difficult to invade around c anyways. 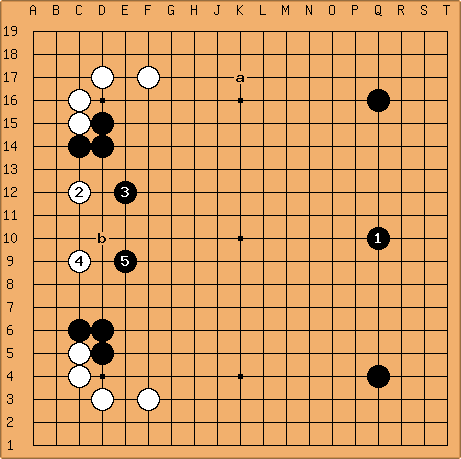 After this black can try for a slide. Of course, this is just my personal opinion.

Anonymous: IMVVHO, it seems like White will have a tough time living in there, and Black turns his two groups into a massive wall of influence. Maybe a higher approach, aiming to reduce Black's territory on the left and then run for one side or the other, is indicated--say, at b.

This was my feeling too. Can somebody explain why this is wrong?

anonymous White b is definitely better than

Move on to: Fuseki Exercise 8